St Anthony's Ava Nielsen plays the ball in the second half during the CHSAA girls soccer game between St. John the Baptist and St. Anthony's on Oct. 21, 2020. Credit: Bob Sorensen

It didn’t take long for Ava Nielsen to display her talents on a St. Anthony’s soccer field.

In her first season for the Friars, Nielsen’s competitiveness shined from the start of workouts. This translated once the game began as well, as the senior forward/midfielder was named Newsday’s CHSAA Player of the Year.

"She’s a very hard working, competitive, passionate player with a great work rate," coach Sue Alber said. "Very dynamic. She’s able to take players on 1-on-1 and she can get behind defense and create havoc there." 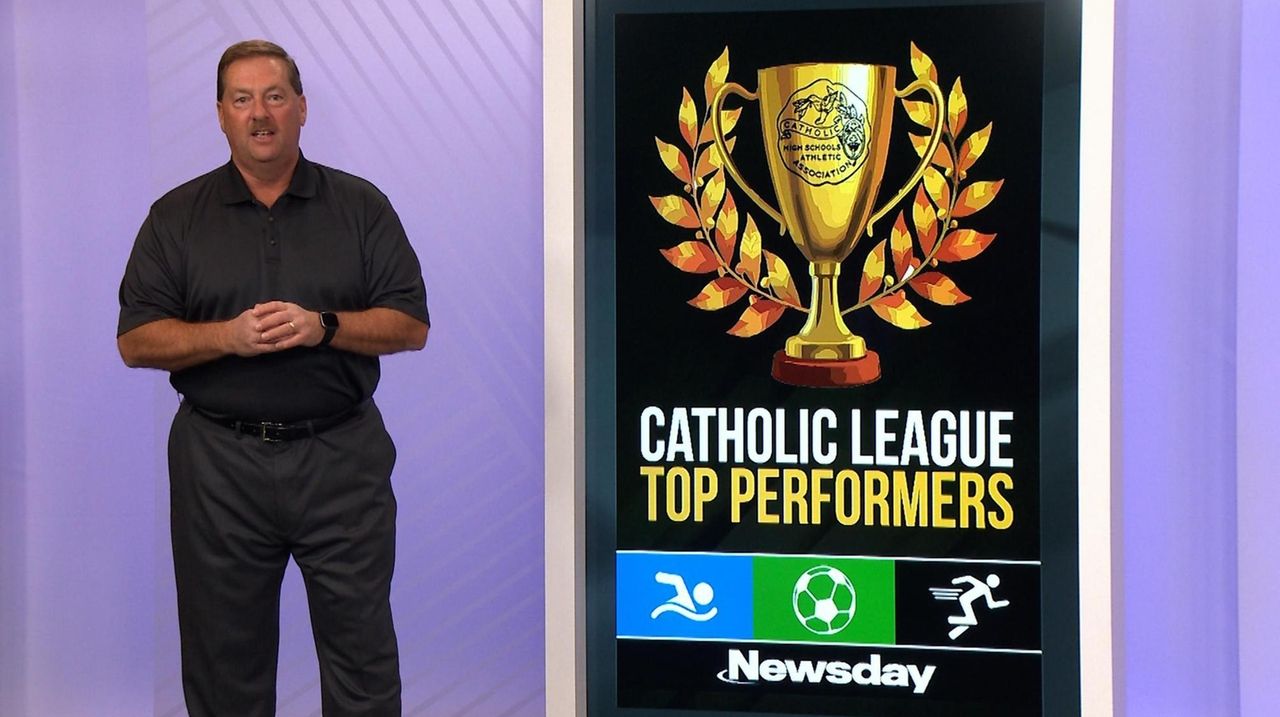 Nielsen, who didn’t play varsity soccer last year due to playing for the Development Academy, was always expected to play a key role for the Friars this fall. But the Louisville commit was called upon even more during a season filled with unknowns and some student-athletes forced to quarantine.

"It was huge to have her this year because we’ve never had her before at St. Anthony’s and she had a good year," Alber said. "Especially when you are short on numbers as well due to COVID and players quarantining."

"She obviously is able to score goals, but she created a lot for us in the attack as well," Alber said. "That was a huge, huge asset to us."

But for Alber, it was always that competitiveness and passion for the game that stood out the most.

"If you love the game, you love competing," Alber said. "And she truly loves competing."

The tough two-way midfielder helped orchestrate the Spartans offense and defense to the CHSAA ‘AA’ final. As always one of the toughest players on the field, the three-year varsity midfielder will play at Army next fall.

The three-year varsity defender anchored the backline which helped lead Our Lady of Mercy to the CHSAA ‘A’ final. Coach Sean Donovan called Chelius "a dream player to coach" and said, "I could have played her up top to grab all the glory, but played her in the back as the heart of my defense. This guaranteed we were in every game."

She anchored the backline for the Firebirds, and was often the one to step up to take vital free kicks. The physical defender is committed to play at UMass.

The four-year varsity defender helped anchor the Spartans backline and wasn’t afraid of marking up the opponent’s top scoring option. Her physical style along with dangerous free kicks helped Sacred Heart on both sides of the field.

She controlled the pace of play for the Friars all season as a possession-oriented midfielder. Greco was also a key contributor on the defensive side, often stopping opposing runs before they began.

The physical four-year varsity forward led the Spartans with five goals. She was the constant focal point on the attack, which opened up scoring chances for herself and others.

The three-year varsity goalkeeper controls the game for the Firebirds. She is constantly communicating with her defenders to get everyone in the correct position and makes athletic stops in goal.

She is always one of the most technically sound players on the field with a tremendous soccer IQ. The versatile threat on the offensive side finished with six goals and four assists.

It’s tough to find a more relentless athlete on the pitch than Riggins. The junior won nearly every 50/50 ball and created havoc on both the offensive and defensive side all season. She finished with seven goals and seven assists.