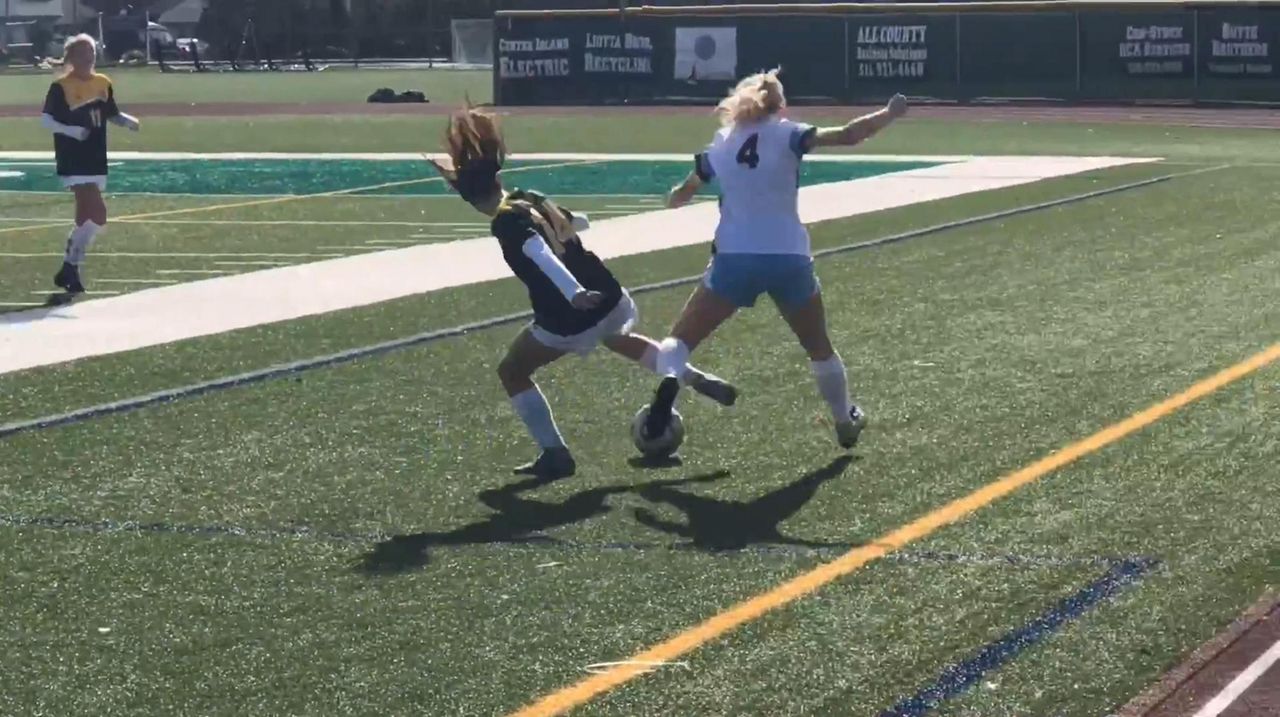 Highlights from St. Anthony's girls soccer's 9-5 win over St. Mary's (Lancaster). Brianna Jablonowski had three goals and four assists and Nicole Gordon had three goals and one assist to lead the Friars in a CHSAA state semifinal on Saturday, Nov. 10, 2019. Credit: Nick Fessenden

The St. Anthony’s girls soccer team is finally where it wants to be.

The Friars (15-0-1) earned an opportunity to win their third straight CHSAA state title, scoring early and often en route to a 9-5 win over St. Mary’s (Lancaster) in a CHSAA state semifinal at Holy Trinity on Saturday. Brianna Jablonowski had three goals and four assists and Nicole Gordon added three goals and one assist.

St. Anthony’s faces Xaverian in the CHSAA state final at 12:30 p.m. on Sunday at Holy Trinity.

Jablonowski opened the scoring three minutes in with a goal off an assist from Victoria Mule. Gordon scored less than three minutes later, sending a 25-yard strike into the back of the net after a ball from Jablonowski. St. Mary’s was officially put on notice.

“You could tell, you hear the other team on the field start to argue and that’s when we started breaking it down,” Gordon said. “We got them weak and it became easier to drive forward.”

Twelve minutes later, Gina Maucere stole the ball and sent it through for Jablonowski on the break. Jablonowski evaded one defender before leading a through ball right in front of the net to Olivia Perez, who chipped it in for a 3-0 lead.

Sophomore Emily Riggins scored her first of two goals less than two minutes later, and Jablonowski added another goal in the final 10 minutes to give St. Anthony’s a 5-0 lead at halftime.

“We spoke about it before the game, and pretty much every game during season, that as soon as the whistle blows, we have to knock the other team back on their heels and try to capitalize on our chances,” St. Anthony’s coach Sue Alber said. “I think it sets the tone when you come out and score in the opening minutes.”

St. Anthony’s would extend its lead to 9-2 before St. Mary’s (13-2-1) chipped away late in the second half. As the Friars approach their final game of the season, this group of seniors realizes there is more on the line than a championship.

“We learned this year that it’s about more than our team, It’s about giving pride to the program,” Jablonowski said. “Honoring the girls that graduated and the friends we’ve made over the years ... And now as seniors we are doing it for the next generation.”