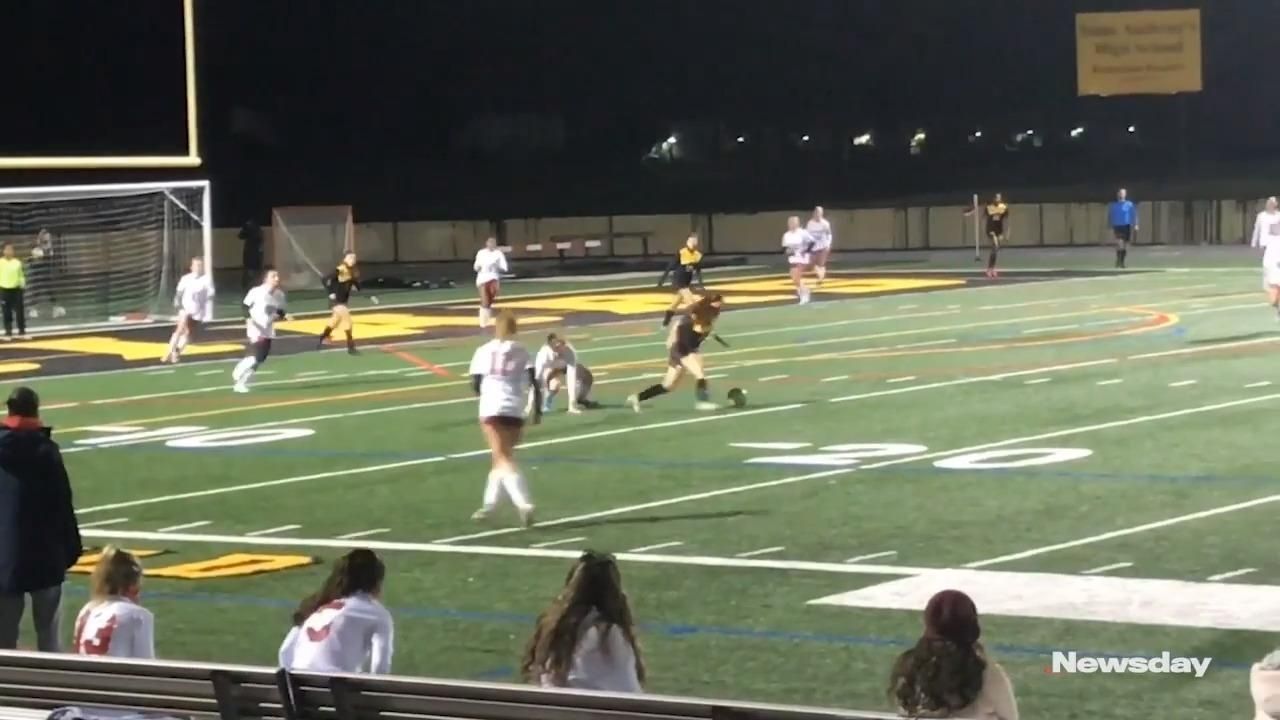 When the St. Anthony’s girls soccer team took the field for their first workout Sept. 21, the players and coaches didn’t really know what to expect. With new protocols and a league-only, shortened schedule, there were more questions than answers about how the season would look.

But fast forward six weeks later, and St. Anthony’s and the CHSAA are exactly where they wanted to be. With the ‘AA’ regular-season wrapped up, St. Anthony’s enters this weekend’s semifinals with an undefeated record as the top seed.

"I’m just so thankful we got the opportunity to play because a lot of schools didn’t and we just all want to make the best of it," forward/midfielder Silvana Bartolotta said. "I’m just glad we are all here and everybody’s safe and we are able to get through a season -- even if it’s shorter."

St. Anthony’s capped off its regular season with a 7-0 home victory over St. John the Baptist Tuesday night. The Friars (7-0) had six different goal scorers and eight players record points in the victory.

The Friars entered the season winning each of the last three league and state titles. But with no state tournament because of the COVID-19 pandemic and a potential 20-game schedule turned into a maximum nine-game slate, the players just wanted to make the most of the time they had.

"We were all texting in our group chat praying we’d be able to play and once we did we were like ‘We are going to win this season,’" defender Milan Carey said. "We are so thankful that we have such a great school and everything that we can play because we are one of the only schools on Long Island to play."

Emily Riggins had two goals and an assist, Olivia Perez had a goal and an assist and Julia Ostermann added three assists to lead St. Anthony’s Tuesday. The Friars had another strong game from their backline, which includes Eva LaVecchia, Evette Peterson, Natalie DeMasi and Carey.

"Every single player on this team plays a great role," Bartolotta said. "Everyone has different roles, we’re scoring, defending, I just think as a whole everyone has so many different abilities that when it’s put together, it just makes us a great team."

After the uncertainties over the summer and even once training started and some public schools went full remote learning since September, coach Sue Alber was thankful her student-athletes had the opportunity to have a season.

"I’ve said this before, but high school ball gives a different element than club ball," Alber said. "And particularly the seniors that thought their hopes of playing high school ball were out, I’m just so happy that all the kids in the league had the opportunity to play and we’ve had some good games. So it’s been exciting."