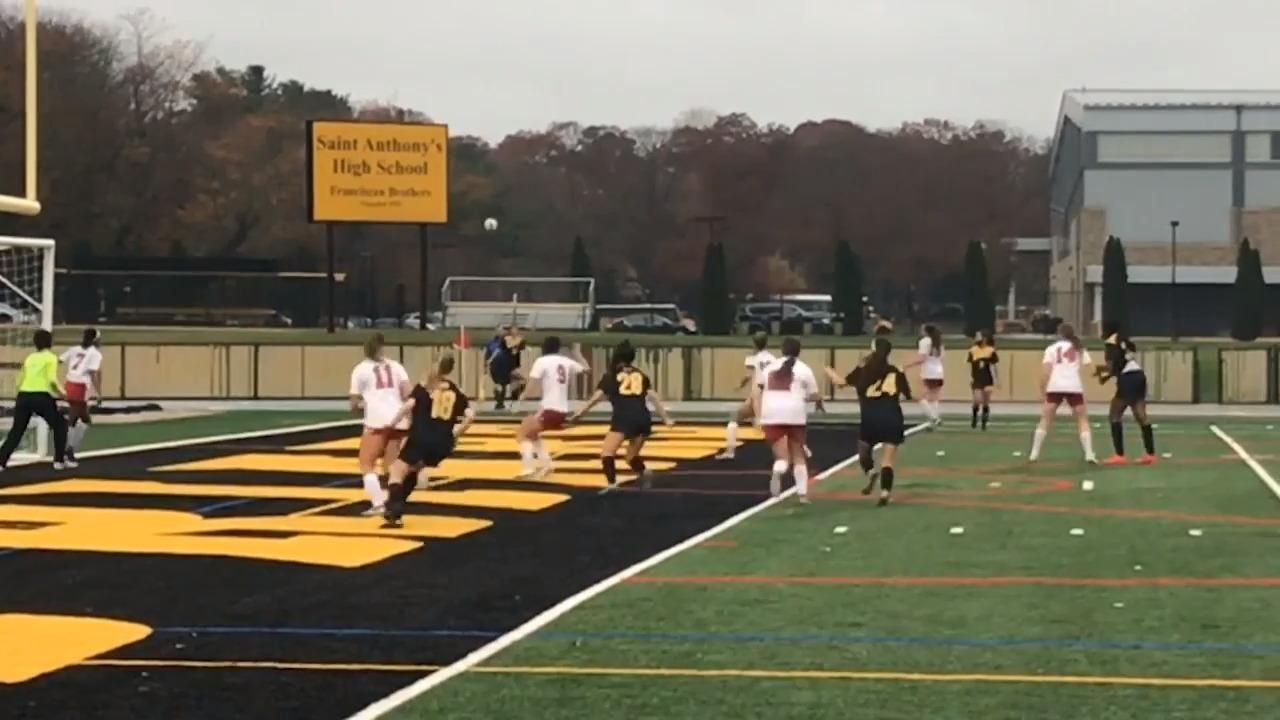 The St. Anthony’s girls soccer team’s depth has been on display all season, and during times of the pandemic, the best ability is often availability.

The Friars’ 32-player roster shrank to 15 available players Wednesday, between injuries, a positive COVID-19 case in school forcing some student-athletes to quarantine and another six players sent home before Wednesday’s contest due to possible COVID-19 exposure.

But even with a shortened stack of players, St. Anthony’s proved it still had plenty of talent on the field in its 5-0 home victory over St. John the Baptist in the CHSAA ‘AA’ semifinals Wednesday afternoon.

"We have so much depth on this team that we don’t need to worry about if some starters aren’t here," said Emily Riggins, who had a goal and an assist. "We have so many talented players and although we have a very big team, it’s all talent. And especially in times like these, it’s good to have a big team with a lot of depth."

"We removed the girls that we thought would potentially be an issue based on the guidelines from the [Department of Health]," Athletic Director Joe Minucci said. "It was out of an abundance of caution and we just got word there was no issue, but safety first and we want to make sure we’re not putting the kids at risk for anything."

Regardless of the amount of available players, the Friars were determined to do whatever they needed to play for a fourth-straight league title.

"We were definitely taken back by it, but we can’t let that change our mentality toward the game because then that messes with our play," Riggins said. "So we had to just let everything out, just focus on the game and let our play speak for itself."

Felicity Permenter-Davis shouldered much of that additional offensive responsibility, finishing with three goals in the Friars’ victory.

"Knowing that a lot of our players wouldn’t be here, I knew I had to step up to the plate and be there for our teammates, so that’s what I had to do," Permenter-Davis said. "You have all these good players cheering you on, you have to put on a show, right?"

"It’s just the St. Anthony’s mentality to push through no matter what the circumstances are," Ostermann said. "This team is so talented. We have so many players that can rise to the challenge and I think we really did that today and I’m really proud of this team."

Although the Friars won’t be able to compete for a state title due to the COVID-19 pandemic, the team has focused all year on the goals of an undefeated season and a fourth-straight league championship.

"All along I felt this team was deeper than most years," coach Sue Alber said. "We were really able to put anyone in any situation and as the stats show, multiple people have scored, assisted and stepped up when needed."