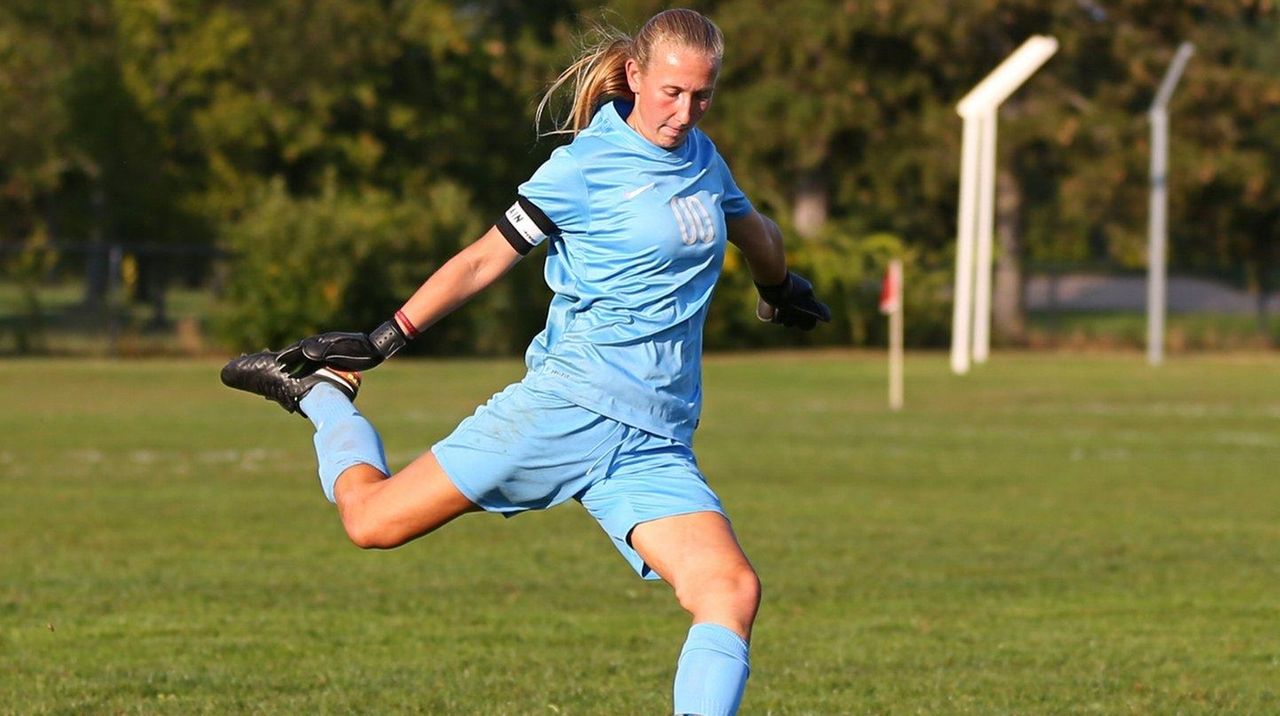 The East Meadow girls soccer team isn’t backing down from anybody this season.

Despite entering the game being shutout in its last five games against Massapequa by a combined 18 goals, the host Jets felt confident about their chances Monday. And it showed on the field in a 1-1 tie.

“I mean, a point’s better than a loss,” said East Meadow goalkeeper Stephanie Sparkowski, who had seven saves. “I thought coming into this one we may have a good chance to get [a win] but we worked really hard and fought for the point.”

With Massapequa winning 13 of the last 14 county championships and the last four Class AA Long Island crowns, the Jets wanted to prove themselves as one of the best teams in the county.

“I think in years past, it’s been one of those things where the name on the jersey can kind of get in the head a little bit,” East Meadow coach Adam Hananel said. “And I think this year, the group we have, it’s more of a tight-knit group where they kind of look at it as almost ‘Us against the world.’”

East Meadow (5-1-2) struck first when Vittoria Fuduli and Myla McLeod started a run down the field, and McLeod eventually played a loose ball into the back of the net a little more than 10 minutes into the game to take a 1-0 lead.

The Jets’ defense, including Katie Hernandez, Cristina Pavon, Scarlett Espinosa and Kayla Leary, held off multiple pushes from the Massapequa offense, before Kate Fiola corralled a loose ball off Brenna Brown’s free kick, scoring with 3:16 left in the first half to tie the score at 1.

The Massapequa (3-1-1) defense, including Kirstyn Kilmeade, Elisabeth Hingher, Brown, Alexandra Valentine and Grace Bernardi at midfield, helped control the pace of the game. Haylee Poltorak had seven saves, including a key stop late to preserve the tie.

“It wasn’t a pretty game, but I’d say it was a hard-working, gritty effort and we can play that way,” Massapequa coach Bruce Stegner said. “There’s some kids that stepped up and willing to play that gutty, gritty, tough kind of game with a lot of effort, so I was impressed by that.”