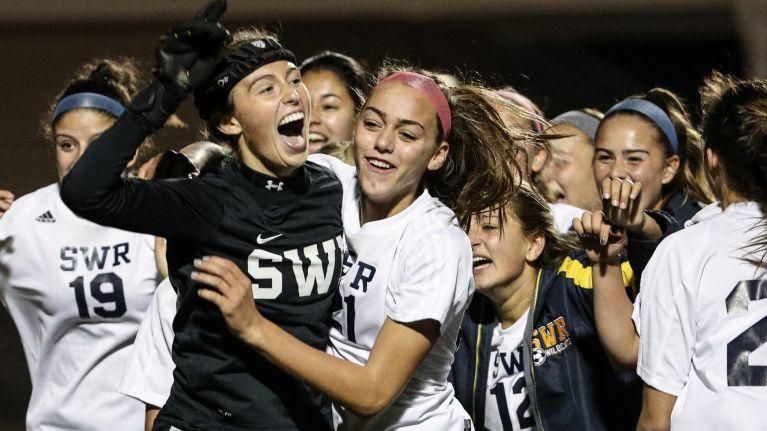 The importance of a goalkeeper can’t be overstated on a soccer field, and Shoreham-Wading River’s Lydia Kessel showed why on Wednesday.

In the biggest moment of the season, Kessel stood in net with confidence as No. 1 Shoreham-Wading River and No. 2 Islip went to penalty kicks at Islip High school to decide the Suffolk Class A girls soccer champion after a 1-1 score over 110 minutes. She sprinted out of the net a champion after the final Islip kick struck the crossbar, resulting in a 6-5 penalty-kick victory for Shoreham Wading River.

“I’ve always pictured that in my head and last year we fell short in [penalty kicks] against Sayville and I remember being upset and not being able to do that run,” Kessel said. “I watched someone else do that run and as soon as we won, I just had to run. I just had to go. The excitement, the adrenaline, it was just awesome.”

Shoreham-Wading River (18-0-1) won its first county title since 2014, when Kessel started as a freshman, and advances to play the Nassau A champion, either No. 1 North Shore or No. 3 Manhasset, Sunday at Bethpage High School at 12:30 p.m. in the Long Island Championship/Southeast regional.

Kessel, who finished with 10 saves, was faced with a penalty kick before the time ran out, as Islip forced one 30 seconds into the second half. But the senior blocked the high shot to keep Islip off the scoreboard.

“If I’m building a team, goalie is the most important position,” coach Adrian Gilmore said. “And this year we have a goalie that I think is the best on Long Island.”

Islip (16-2-1) did break through on Hailey Franco’s goal off an assist from Julia DeSantis with 27:17 left in the game. But the Wildcats responded with 14:44 to go when Nicky Constant headed in a cross from Sara Hobbes.

“It really just set the mood for us,” Constant said. “We know we’ve done this before where we’ve been down one and we can score the goal so we knew we could do it.

“It’s just so exciting,” she added. “I can’t wait for the Long Island championships. It’s a dream come true.”