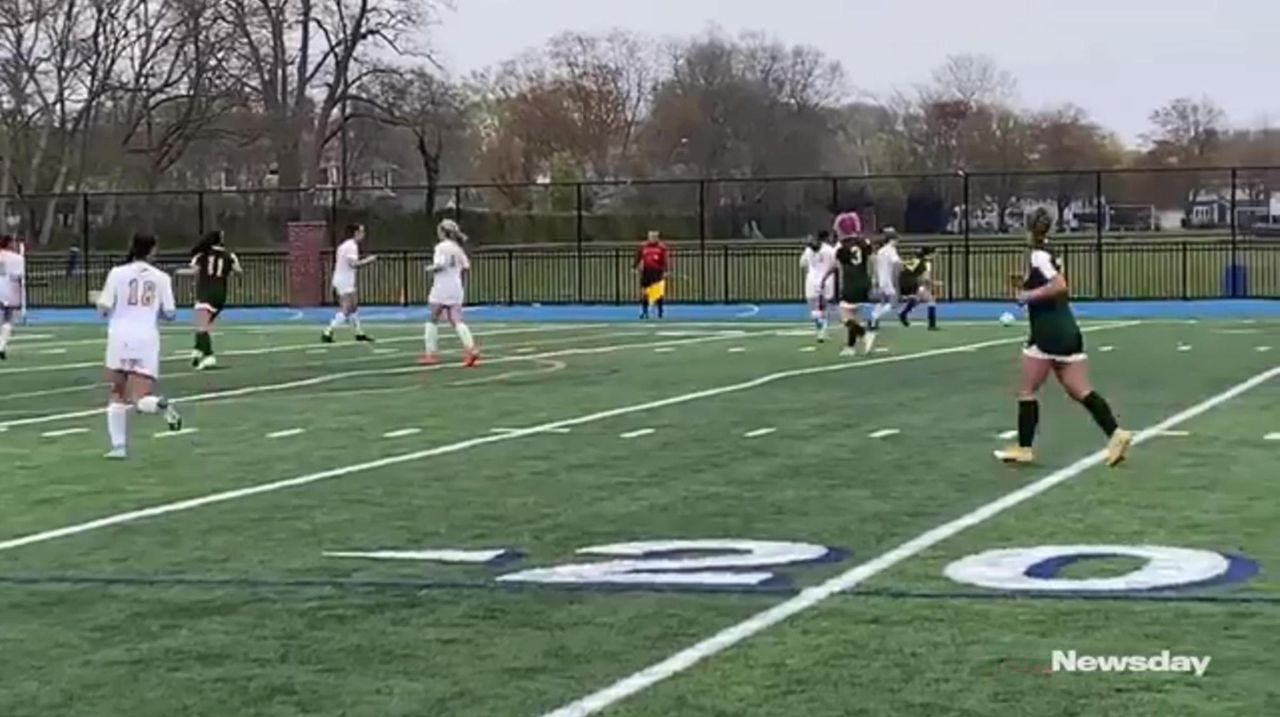 There was no rushing the goalkeeper. No players sprinting off the bench and jumping into one other's arms. Just a calm walk off the field.

And yet, there were two county champions.

Top-seeded Ward Melville and No. 3 Sachem East played to a 1-1 tie after 110 minutes of girls soccer in the Suffolk Class AA final at North Babylon.

Traditionally, the two teams would then move to penalty kicks to determine a winner and who advances to the Long Island Class AA championship/Southeast Regional Final. But due to there being no Long Island or state championships this season, the game finished as a tie and both teams were deemed co-champions.

It also allowed both teams to keep their undefeated records. Ward Melville finished 11-0-2 and Sachem East is 12-0-1.

"It is a little anticlimactic, I’m not going to lie," Sachem East coach Tom Anson said. "There just feels like the need for there to be something more, but all these kids have been through a lot … so to finally have a county championship and fans in the stands brought back that normalcy at least."

"After the whistle was blown, it just didn’t have that initial celebration," Ward Melville coach John Diehl said. "It was weird and surreal. But then it hit me, ‘We are county champions.’ These girls wanted to go into (penalty kicks) and that’s their competitiveness, that’s their drive."

Even the players themselves didn’t know how to immediately take in what happened.

"A lot of the girls are a little numb right now because they wanted that thrill, that excitement of running onto the field at the game end as a champion, and it’s difficult to not have that," Anson said. "That’s a tough feeling but I think it’s going to settle in that they are still county champions."

Ward Melville goalkeeper Elyse Munoz had 12 saves, including several point-blank stops in the first half.

"It’s amazing, surreal to be winners," she said. "Even though we share it, we are still winners."

Sachem East goalkeeper Avery Lein was equally as impressive. She had 13 saves, highlighted by a penalty kick save with 31 minutes left in the game to keep the score tied at 1.

Abby Foster opened the scoring with a goal from 34 yards for Ward Melville with 12:19 left in the first half. Abby Carroll tied the score at 1 with a penalty kick three minutes into the second half.

"All four years, the seniors that have been on varsity, we’ve gone through a crazy journey and this was our moment," Carroll said. "It’s great to get here and just finish it the best way we could have."

"We worked our butts off and we’re county champions," Munoz said. "There’s nothing else to say."