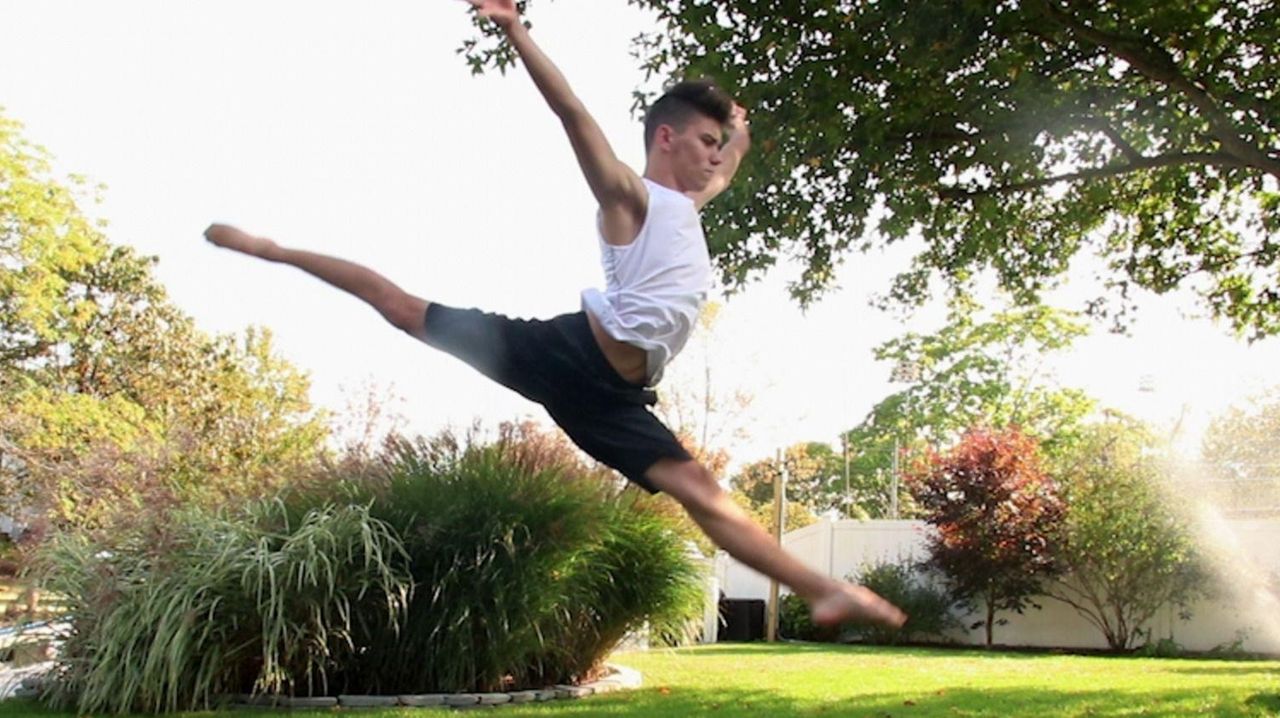 Two Long Island high school boys are being denied a chance to compete in gymnastics this season because there isn't a boys team and they are considered too good to compete on the girls team. Liam Summers, a 15-year-old sophomore at Connetquot High School, and Christian Berbert, a 15-year-old sophomore at Commack High School, are not allowed to compete this season because rules prohibit a boy from competing in a girls sport if he has too great a competitive advantage, according to Tom Combs, the executive director of Section XI, Suffolk County's governing body of sports. They spoke about the situation on Friday, Oct. 6, 2017. Credit: Jessica Rotkiewicz

Two Long Island high school boys are being denied a chance to compete in gymnastics this season because there isn’t a boys team and they are considered too good to compete on the girls team.

Liam Summers, a 15-year-old sophomore at Connetquot High School, and Christian Berbert, a 15-year-old sophomore at Commack High School, are not allowed to compete this season because rules prohibit a boy from competing in a girls sport if he has too great a competitive advantage, according to Tom Combs, the executive director of Section XI, Suffolk County’s governing body of sports.

Girls gymnastics is a varsity sport throughout New York State, but boys gymnastics was discontinued on Long Island in 2003 because there weren’t enough boys to field teams. If a boy or girl wants to play a sport that is not available to them, they can apply to compete in the comparable sport for the other gender, but only after being approved by their school, league and section. The state refers to this as “mixed competition.”

“We have to follow the guidelines, which requires us to examine adverse effect on the opposite sex,” Combs said. “When you qualify for a state tournament, your skill level is greater than other girls and you are displacing another girl from competing in the states.”

Summers, who is 5-2 and 122 pounds, competed on the Connetquot varsity team last season and qualified for the state tournament. After learning he would not be permitted on the team this season, he and his family went through the appeal process with Section XI. The appeal was denied.

“Last year [he] made all-county and states as an alternate. He was the belle of the ball. A rock star,” Liam’s father, Scott Summers, said. “Now Section XI thinks he has an unfair advantage. That’s a complete disregard for the feelings of this kid. It’s cruel.

“Last year they gave him the keys to the kingdom. It was the greatest year of his life, in school. He doesn’t play other sports. He chose gymnastics on his own and I’m trying to support him. He learned what he learned on my lawn. Now it seems they’ve gone out of their way to box him out.”

Berbert did not compete on the Commack girls team last year due to an injury. He is in the process of appealing Section XI’s decision to deny him this year.

“There’s no size issue in gymnastics,” said Wayne Berbert, whose son is 5-3 and 110 pounds. “They don’t compete directly against each other. Size isn’t an advantage. In fact, some events are harder if you’re larger. Commack’s girls team does not cut, so he wouldn’t cause someone to lose a spot on the team. Just like in any other sport, my son would have to compete for a starting spot.”

Wayne Berbert acknowledged that his son has competed extensively on the club level and believes that is why he was denied a chance to be on the team. But he said Christian’s injury prevented him from competing until this season.

“I would love to see a conversation that gets something rolling with bringing back boys gymnastics,” he said.

Robert Zayas, the executive director of the New York State Public High School Athletic Association, said the current participation numbers don’t warrant adding boys gymnastics as a varsity sport. He said only a handful of schools in the Buffalo area and in New York City’s public school league still offer boys gymnastics as a varsity sport, not enough to merit a state meet.

“These cases are the essence of mixed competition,” Zayas said. “That’s why the application process needs to be done on an annual basis. If you’re approved as a freshman, there could be a dramatic change in a boy, physically, by the time he is a senior. It’s natural genetics.”

There are two boys who were approved by Section XI to compete this year — Michael Minichini of Lindenhurst and Sean Fitzpatrick of West Babylon.

“We were told by their coaches and athletic directors that their skill level wouldn’t be displacing girls on the team,” Combs said, adding that their situation could change next year, just as it did for Summers.

While girls gymnastics is a fall sport in Suffolk, it is played in the winter in Nassau County. Practice begins on Nov. 13. According to girls gymnastics coordinator Kim Rhatigan, “To date, we don’t have any boys on the girls team, but I know there are boys on girls teams in other sections around the state.”

Rhatigan, who has coached the sport at Bethpage High School for 29 years, said she understands the dilemma facing decision-makers and the impact their decisions can have on the boys and their families.

“It’s very sad that there is no boys gymnastics in New York State, and I feel sorry for boys who love the sport like I do. It’s terrible for them,” she said. “The flip side is that a boy could beat out a girl for a spot on the team or a chance to go to the state meet. Gymnastics takes power, strength and speed and that gives boys an advantage in vaulting.”

Wayne Berbert remains frustrated by what he sees as a double standard.

“If there was a girls wrestler who made it to the states, do you think Section XI would tell her she couldn’t be on the team next year?” he said. “We all know that wouldn’t be the case. There would be an uproar from here to California.”

CORRECTION: An earlier version of this story misspelled Christian Berbert’s name and misstated his age, height and weight.