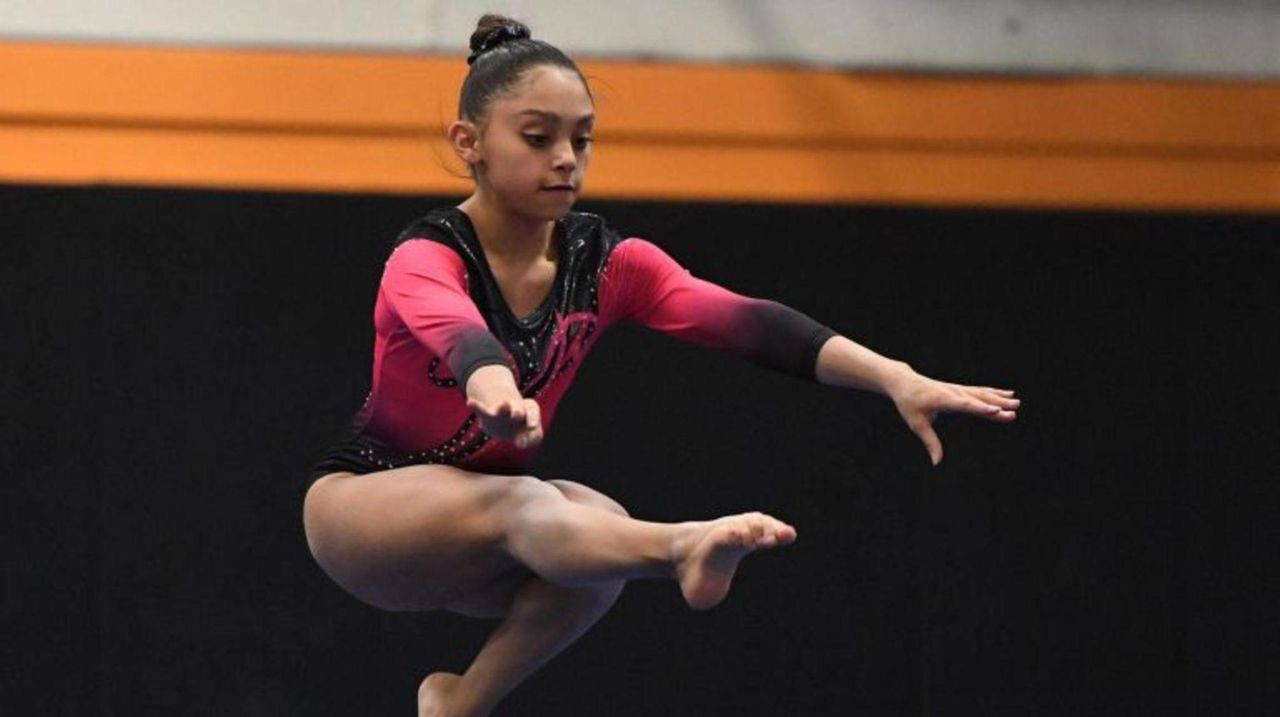 It was a matchup of unbeaten teams when the Hicksville and Syosset gymnastics squads faced each other in a Nassau II meet, Monday night.

“We’ve had some new people join the team and some injuries, but we’re stepping up and all our wins are making us better,” Kolberg said. “We work hard. Even on the little things like pointing our toes. I’m really proud of our team.”

Kolberg, an eighth grader and second-year member of the squad, placed first on floor with a 9.2, her fourth straight win on the event. Donach, a sophomore, placed second (9.05), and Jacobs, a freshman, placed third with a 9.0.

It’s fitting that the Syosset (5-0) crew is led by youth, as this is only the team's second year of competition.

But don’t let the soft-spoken voices and short statures mislead, the Braves are making a loud statement.

“Being a two-year-old team, I feel like we’re doing really well,” Jacobs said “We’ve had our falls but we’re becoming a top-team in Nassau.”

Hicksville’s Kayla Corbett placed third in all-around with a 33.25.

The midseason victory puts Syosset in the number one slot in Nassau II. Led by the dynamic duo of Jacobs and Kolberg, the Braves are hoping to secure a spot at the Nassau team championships. Both Jacobs and Kolberg also want to make the Nassau State Qualifiers on floor.

“I just want to show off my routine, be all smiley and happy and help my team out in any way,” Kolberg said.

Jacobs continued, “I’m new to this team and I didn’t know how good we would be… but it’s really amazing to know we're still undefeated and we went up against some great teams. It makes me proud to be on Syosset.”