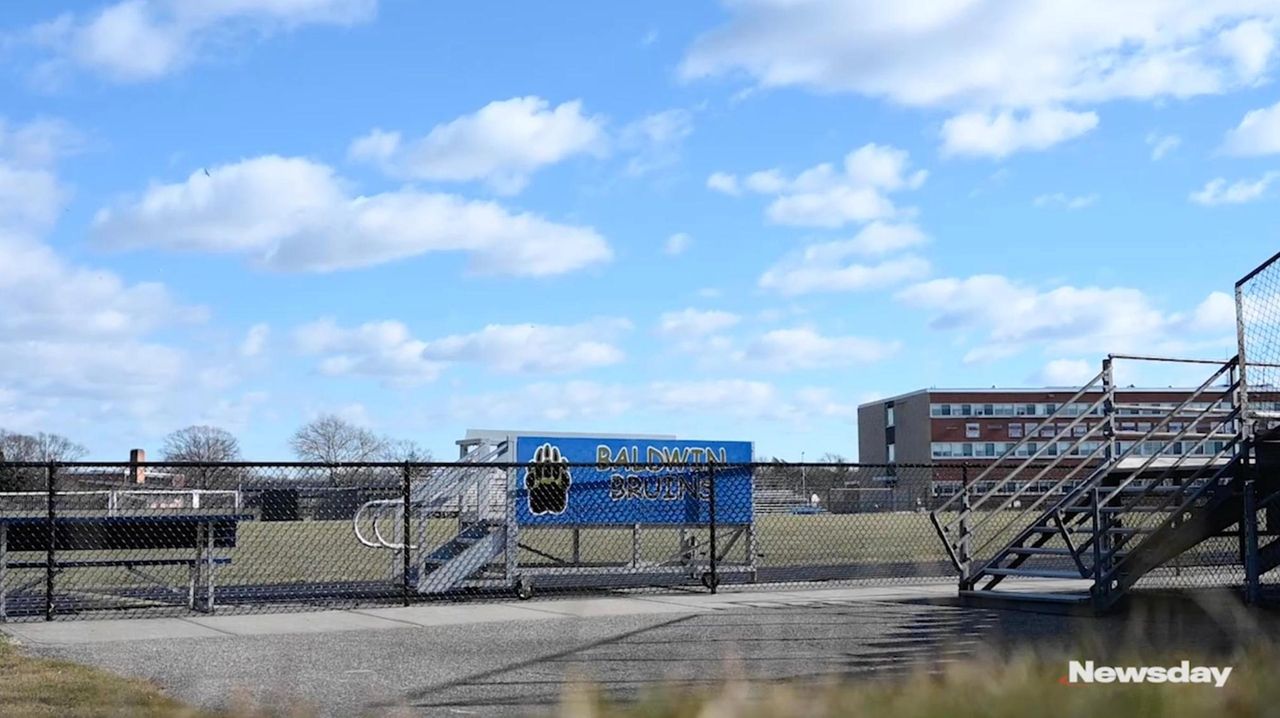 Following Gov. Andrew M. Cuomo's announcement this week that high-risk sports could soon make a comeback, Newsday's Steve Langford spoke to the executive director of the governing body for public school sports in Nassau to see what this means for schools and students. Credit: James Carbone

Gov. Andrew M. Cuomo on Friday may have opened the door for high school sports classified as high risk to begin practice and play as soon as Feb. 1.

Those sports, including boys and girls basketball, football, wrestling and lacrosse, had been indefinitely suspended as the Cuomo administration weighed the risks of playing them during the COVID-19 pandemic. The Cuomo administration has delegated the decision to local officials, which means each county’s health department will determine which sports can be played.

Section VIII and Section XI, the governing bodies for public school sports in Nassau and Suffolk, respectively, determined in August that they would not hold interscholastic athletics in the fall and instead opted for three compressed seasons — beginning with winter sports and followed by fall and then spring — to be held from January through June. Moderate- and low-risk winter sports already are permitted and began play about two weeks ago.

Guidance from the governor’s office issued Friday states that high-risk sports may begin practice and play on Feb. 1 "only as permitted by the respective local health authorities (i.e., county health departments)."

"As per today’s announcement by Governor Cuomo, I’ve directed the Nassau County Health Department to work with school districts to safely resume school sports according to NYS guidance," Nassau County Executive Laura Curran said in a Friday afternoon statement. "As Nassau County Executive, I’ve continued to advocate for the safe resumption of organized sports, as well as for keeping our businesses and schools open. For many, school sports are a path to promising academic and career opportunities. I’m excited to get our kids back on the fields, courts and ice rinks they love so much. Let’s play ball!"

Suffolk County Executive Steve Bellone did not immediately respond to a request for comment.

"I’m cautiously optimistic that we will be playing what was determined to be high-risk sports [on] Feb. 1," Section XI executive director Tom Combs said. "This is an outstanding step in the right direction for our student-athletes. It looks like there is a path to play pending the approval of the Suffolk County Department of Health."

Combs said he had reached out and was awaiting direction from Bellone and the Suffolk Health Department.

Combs and Section VIII executive director Pat Pizzarelli both have schedules made up for the winter sports that are not being played — boys and girls basketball, wrestling and competitive cheerleading — and will not require major changes to have them up and running if the respective county health departments give the go-ahead.

"We’re ready to go," Combs said of Section XI. "Our schedules were all set. Now we’ll modify them and play . . . pending the local approval."

"We’ll start preparing our adjusted schedules and setting up [game] officials to get the seasons started," Pizzarelli said. "Let me be clear: I am excited for our student-athletes, coaches and fans."

The Cuomo administration’s Friday guidance reads, in part, "local health authorities should consider the following factors in authorizing or continuing to prohibit higher risk sports and recreational activities as, in many areas, these factors may weigh against permitting such activities: whether there has been a more-transmissible variant of COVID-19 identified in the area; local rates of COVID-19 transmission or rate of positivity; and local ability to monitor and enforce compliance."

Nassau County Health Commissioner Dr. Lawrence Eisenstein wasn’t immediately available for comment, but a spokeswoman for the health department said "he and the staff are reviewing the information the state put out and are planning to work with the school districts to determine how to go forward."

Cuomo already had pushed back the start date for high-risk sports twice in response to climbing infection rates across the state when he opted to indefinitely suspend the start date on Dec. 11.

In recent days, members of the state assembly and state senate have been in discussions about drafting legislation that would open the door for playing high-risk sports and put them at odds with Cuomo. The timing of this move might be designed to avoid that conflict.

A "Let Them Play"-themed rally in Northport that was scheduled for Saturday and was to include appearances by Long Island-based state assemblymen Edward Ra and Keith Brown and state senator Mario Mattera has been canceled, according to organizer John McCaffrey. McCaffrey, president of the Suffolk County Boys Basketball Coaches Association, said "we will reconvene with the assemblymen involved to see if any action is needed."

Pizzarelli explained that in a survey of Nassau County school districts, 38 of 51 did not want seasons to overlap, but he said "it is subject to change." He added that in cases in which there are four weeks to have a season, Section VIII could add a fifth week for a postseason.

Competitive cheerleading and boys and girls basketball are required to have six days of practice before competition can begin. Wrestling requires 10 practice days. The county health departments will determine if spectators can be permitted.

"I truly hope people take it very seriously and respect the safety guidelines that will be put in place," Pizzarelli said. "The last thing we want to see is a spread and a shutdown."

“I’m cautiously optimistic that we will be playing what was determined to be high-risk sports Feb. 1.” Tom Combs executive director for Section XI