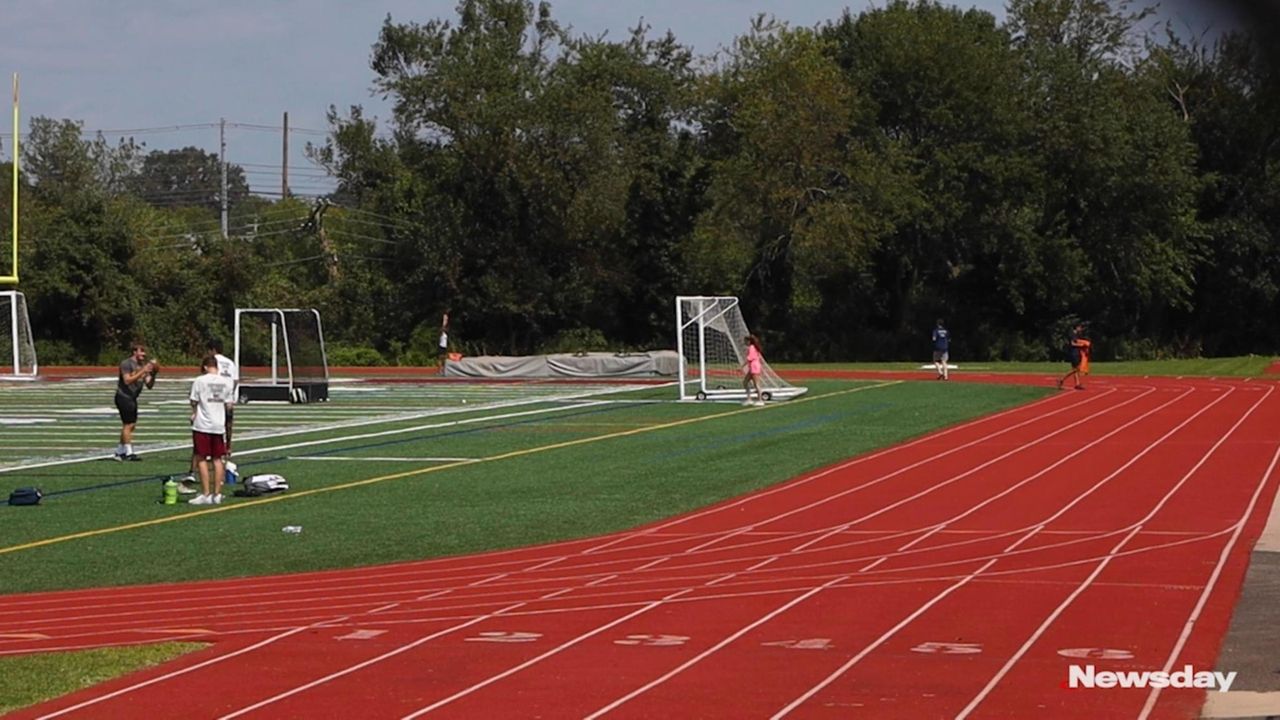 The Massapequa school district has filed a lawsuit seeking a temporary restraining order to overturn the decision to postpone high school sports in Nassau County until 2021. Newsday reporter Julia Elbaba spoke with several athletes and parents to get their reactions.   Credit: Newsday / Julia Elbaba

The Massapequa school district has filed a lawsuit to overturn the decision to postpone Nassau County's fall sports programs until January, asserting that the regional athletic board that made the decision overstepped its authority and that it harms the "mental, emotional and physical well-being of the athletes."

The decision to delay the fall sports season was made last month by the seven-member superintendent’s board of Section VIII, the governing body of high school sports in Nassau. The regional board said it made the 7-0 decision "out of an abundance of caution for the health and safety of our students, coaches and staff" amid the COVID-19 pandemic.

The board said all three high school seasons would commence over a condensed six-month schedule from January to June.

The lawsuit, filed Wednesday in State Supreme Court of Nassau County, seeks a temporary restraining order on the decision and requests that the court strike it down and direct Section VIII to begin sports on Sept. 21.

"The determination to effectively cancel the fall sports season and to postpone interscholastic athletics until January 2021 must be vacated and annulled because Section VIII failed to follow its own rules," the lawsuit said. It added, "The Superintendent's Board had no discretion, or abused whatever discretion it may have had, in issuing the determination without authority, without rational basis and without an articulated rationale."

The lawsuit lists the other Nassau school districts as "necessary parties" because they might be affected by the judgment.

Attorney Richard Hamburger, who is representing the Massapequa district, said some of the districts agree with the board's decision and some don't.

On Aug. 24, Gov. Andrew M. Cuomo issued guidance that would permit lower-risk fall sports — which he named as soccer, tennis, cross country, field hockey and swimming — to begin on Sept. 21. The guidance also said that higher-risk sports — football, volleyball and cheerleading — could begin practicing but not playing.

The decision by the Section VIII governing board, coming days after the governor's announcement, departed from Cuomo's decision.

The lawsuit will be assigned to a judge, who will set a court date.

The governing body of high school athletics in Suffolk County — called Section XI — announced on Aug. 26 that it planned to try to follow the governor’s guidance to begin practicing and playing on Sept. 21.

Hank Grishman, chairman of the Section VIII Superintendents Board, said he was not surprised by the lawsuit, since “there are a lot of strong feelings and emotions on all sides of the issue.”

Grishman, also the superintendent of Jericho schools, added, "The committee will continue to re-evaluate the situation and will ultimately make a decision that they believe is in the best interests of the student-athletes.”

Pat Pizzarelli, the executive director of Section VIII, declined to comment on the lawsuit, but said that Wednesday night’s decision by the New York State Public High School Sports Athletic Association to postpone high-risk sports such as football, volleyball and cheerleading until March 1 could change the plan for lower-risk fall sports.

“We’re continuing to discuss our options as new information has been made available to us,” Pizzarelli said. “We said all along we’d reassess our position on fall sports as evidence is evaluated to ensure the safety of our students."

Nassau County Executive Laura Curran's office said she would have to review the lawsuit, but that she continues to support the safe resumption of high school sports in Nassau in accordance with state guidance.

Town of Oyster Bay Supervisor Joseph Saladino said that if the governing board does not change its decision, he and the town board would step in to take their own action.

"If Section VIII does not reverse its decision, the town board and I are preparing to enable state-authorized varsity sports teams to play competitively this fall," Saladino said. He said he would announce a plan to accomplish that in the coming days.