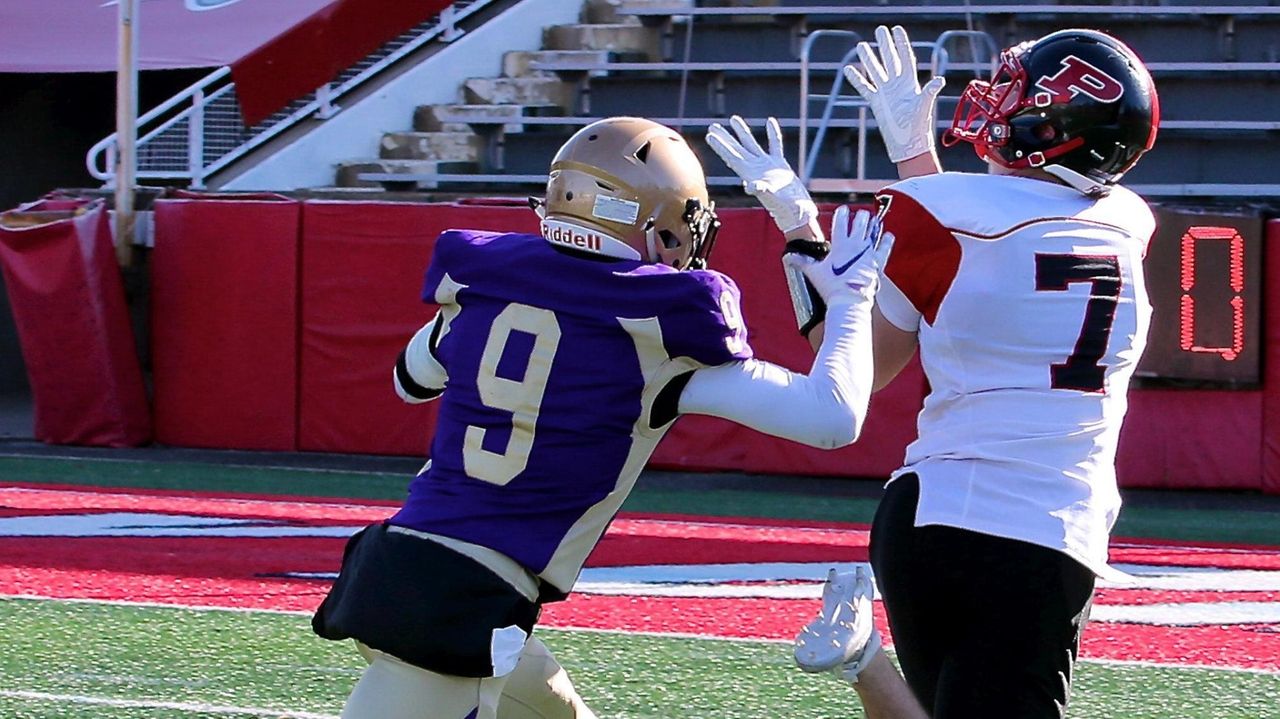 Newsday's Steve Langford speaks with Long Island high school senior athletes about how they're preparing for their upcoming seasons — even if that means preparing for the possibility of them being canceled because of the ongoing pandemic.  Credit: Newsday / Steve Pfost

NYSPHSAA also said there would be no regional or state competition in 2020-21. According to Robert Zayas, the executive director of NYSPHSAA, the elimination of regional play would thus cancel the Long Island championships for this school year.

“The New York State Task Force has put in an extraordinary amount of time in trying to figure out the best scenarios to benefit student athletes across the state while maintaining the health and safety for everyone involved,” said Tom Combs, the executive director of Section XI, the governing body of all Suffolk schools. “We agreed on September 21 as a start date for the fall season. That will assist the school districts in the acclimation to the new COVID-19 guidelines for the opening of schools. And after we get settled into the schools with health and safety protocols at the forefront then we can begin the fall sports program.”

Despite the delay, there is optimism that the fall sports season would commence on Sept. 21, but a backup plan is also in place if the season is interrupted or impacted by the COVID-19 crisis (i.e. state official guidance, school closings, cancelation of high-risk sports, etc.).

Should that occur, NYSPHSAA officials are prepared to implement a condensed season schedule in January 2021 if high school sports remain prohibited throughout 2020 due to COVID-19. This decision comes at the recommendation of the NYSPHSAA COVID-19 Task Force when they convened as a working group for the third time Thursday morning.

The Condensed Season plan of three shortened seasons beginning January 4 would entail the following, with the stipulated dates being tentative.

“We recognize this is challenging for everyone, but the decisions made at the state level are based upon data and statewide infection rates all in an effort to stop the spread of COVID and reopen responsibly,” Zayas said. “At this time, Department of Health guidance presented on July 13 prohibits interscholastic athletics across the state. The association will continue to follow state guidance and will work collectively with State officials to ensure high school athletics will start up responsibly in the future. As an association, we must be willing to be flexible and continue to explore all options with students’ safety as our main focus.”

Zayas said 198,000 students participate in fall sports. He added the decisions made by his council impact a half million students through the school year.

The announcement came as bittersweet news for the seniors on the Massapequa girls soccer team. On one hand, they have a season to be played. But on the other, the part of the year they strive toward every fall was taken away - the state tournament. Massapequa has advanced to the Class AA state semifinals six of the last seven seasons, including falling, 2-1, to Fayetteville-Manlius in the state semifinals last year.

“I think that’s what’s most upsetting,” said Emmy Fiola, a senior midfielder for Massapequa. “This entire year, we’ve been thinking we had one last shot to redeem ourselves and now if we don’t get that chance, it’s going to be hard. But at the same time, it’s good that we’ll have some games to look forward to.”

Kaylin Ricci, a senior defender for Massapequa, said she would be in favor of the condensed schedule and play in the spring, if it meant a shot at a state title.

“The whole reason for playing varsity really is for fun, but we obviously want to win the state tournament,” Ricci said. “That’s the ultimate goal and that’s been everyone’s dream since we were young watching the varsity girls play. If we didn’t have the state tournament, it just wouldn’t be the same.”

Great Neck South senior Kristina Garcia is entering her fourth varsity season. She said her coach had been informing the team about possible return-to-play outcomes and is happy to see a date and plan in writing.

“At least now there is a date set where the state is allowing us to play,” said Garcia, who is committed to Stony Brook. “This gives us security knowing we may have a senior season after all.”

Mount Sinai’s Kaitlyn Chandrika missed the track and field competition in the spring and hopes the cross-country season happens this fall.

“To have two whole seasons taken away would be really messed up,” she said. “Especially the end of my junior year and the beginning of my senior year. That affects recruiting and, in general, you really want to experience those times in your career. The state meet being canceled is disappointing because I haven’t gone away to the cross-country state meet since freshman year. I really miss competition, training and being at the track at our school.”

“I’m in full agreement with that,” Dwyer said. “I take this stuff very seriously. Traveling is an issue. That’s a good call. You can’t have kids traveling and intermingling. If you get one infection, now it’s all over the place. My initial thought always is, safety for the athletes first.”

Dwyer added: “I teach physics and chemistry, science comes first, so you always have to wait and see. The way I’ve been doing it with my team is, you need to plan, so if it goes when it’s supposed to go, that you’re ready. But, like I did in the spring, I hold them back a little bit and say, ‘You have to take it easy, because you can’t go too hard because you never know what changes are going to occur. Being home is tough, but the most important thing is being safe first. You can see with the other states, everything is all over the place, because they tried to open. If people start crossing over and doing too many different things, that’s when there’s a problem.”

Freeport’s Christian Quinn plays football and jumps for the winter and spring track teams. He was surprised by the decision and the different scenarios that could play out.

“It’s a surprise, but I guess it’s better news than, ‘It’s canceled now’ and losing hope,” he said.

And how would Quinn feel if football moved to March and crossed over with track? “I’d definitely still play all three [seasons], I think ... I wouldn’t want to miss out on any of it.”

Ali Nagy, who plays field hockey for Carle Place, said she was disappointed that the season had to be moved back.

“But we all understand that there’s way more important issues going on in the world right now,” she said. “Everyone has to stay safe and healthy. We’re going to continue to work hard and we’ll be ready to play when the time comes. I’m definitely crossing my fingers and hoping for the best. I’d love to still have my season, because this is going to be my last season, so I’m hoping for anything. I don’t care if it’s delayed or not.”

Nagy said she’s also concerned about the overlapping of seasons and playing for a small school with a smaller amount of available athletes.

“Since we have such a small school, I don’t really know how that would work,” she said. “Having to pick one sport . . . . When the overlap comes, I guess we’ll have to figure it out.”

Shoreham-Wading River’s Jeffrey Lachenmeyer plays football and lacrosse. He could be faced with a four-week overlap between Season II and Season III.

“It’s definitely a very strange feeling,” Lachenmeyer said. “Football comes first, I love to play football. But when it comes to the [spring] season where I’m looking to play college lacrosse it’s going to be weird, definitely. We’ve still been hoping for a normal season, but as you get closer and closer, you realize it’s not going to happen. You want to work so hard for that last state championship, but now it’s not going to happen.”

“We’re not claiming to have all the answers today,” Zayas said. “There are still some things yet to be determined.”