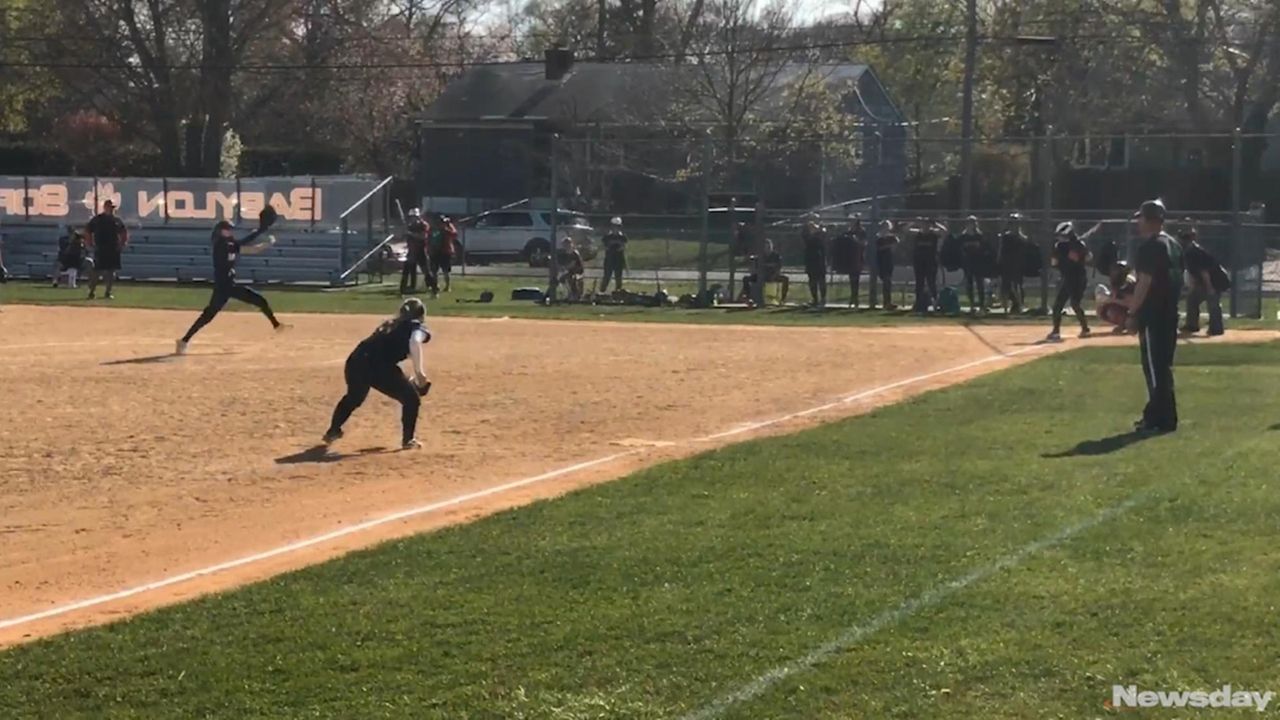 For the seven seniors on the Babylon softball team, winning in the regular season has been nearly a given. But they knew this year, a victory wouldn’t come with the same ease.

This season, all Class A, B and C teams play in the same league in Suffolk. In previous years, Babylon would only play Class B and C teams in league.

The girls admitted nerves at first, knowing they’d be playing 14 Class A teams, including two defending champions (East Islip, which moved down after winning AA, and Mount Sinai, A). But they quickly embraced the opportunity to challenge some of the top programs in the area.

“We’re in this league for a reason,” catcher Molly Cummings said. “We have a lot to prove.”

Babylon, the defending Long Island Class B champions, is proving it belongs with the top teams — regardless of school size. The Panthers defeated Shoreham-Wading River, 13-1, at home in six innings, improving to 10-2 in Suffolk VII Tuesday afternoon.

“It’s way more fun,” Allie Stanya said. “I feel like we are getting a lot more out of it with our skills. I think it’s way better.”

And Stanya is proving herself against top teams, allowing one run on six hits with 10 strikeouts in a complete game. She also went 3-for-4 with three RBIs.

“We didn’t know what the teams would be like,” Stanya said. “But I think now we are gaining more confidence and bonding more, realizing we can beat every team if we play to our ability.”

The girls had an added motivation as it was coach Rick Punzone’s 300th victory.

“I’m not one to say I have 300 wins because of me,” said Punzone, in his 16th season, who also has a 130-29 record in 16 seasons as the Babylon football coach. “I’ve been very blessed with some good players. This team is a special team.”

“When it’s a longer at-bat it makes me focus in more,” Bell said. “It makes me more energized and gets my adrenaline pumping.”

Danielle Donaldson finished 3-for-4 with a home run, as all nine starters had either an RBI or run in the victory over Class A Shoreham-Wading River (5-8).

“The girls said to me, ‘Coach, can we play a better schedule? We think it will help us in the long run,’ ” Punzone said. “So they are the ones that actually embrace it. They want it.”