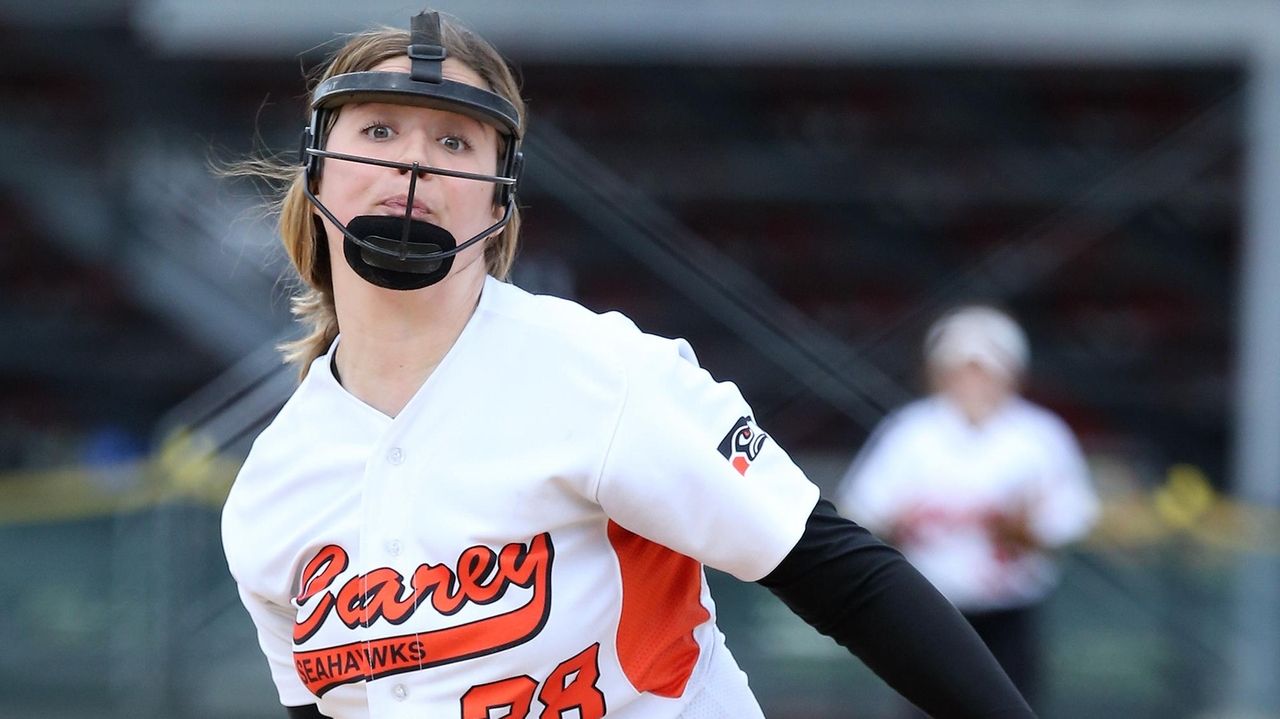 Carey defeated Island Trees, 5-2, in Nassau ABC-I softball at Carey on Tuesday, April 24, 2018. Francesca Cirone had a two-run home run in the third inning to give Carey a 2-0 lead. Credit: Newsday / Owen O'Brien

When you’re in a zone like Francesca Cirone is for the Carey softball team, the ball can appear the size of a beach ball.

Cirone entered Tuesday’s matchup with Island Trees after hitting two home runs against Mepham on Saturday. She added another long ball in an encore performance, a two-run shot to leftfield as host Carey posted a 5-2 win over Island Trees in Nassau ABC-I on Tuesday.

“I felt great,” Cirone said. “I’ve been feeling good the past couple of weeks and it’s great having the whole team behind you, too.”

Cirone opened the scoring for the Seahawks with a two-run home run in the third inning, driving in Madeline Lafferty. Cirone also drove in Lafferty with a two-out RBI single in the sixth inning for the game’s final run.

“I was really just trying to get the bat on the ball,” Cirone said. “My first at-bat I struck out with my head way out so I was just trying to make contact on that, but it felt great coming off. It felt like I didn’t even hit it, so that’s when you know.”

Carey (7-3) had a strong performance from Jaclyn Schemmer in the circle, allowing three hits with three walks and seven strikeouts in the complete game.

“I have a lot of confidence (in the circle),” Schemmer said. “It kind of bases off the pitches they call for me and the confidence that goes on with the team and how pumped up they are. I think we did pretty good today.”

Julia Parrinello went 2-for-3, including a two-run single to drive in Cirone and Destiny Nardello to give Carey a 4-2 advantage in the fifth inning, and Arianna Millan added two hits in the win.

With three conference games remaining in the season, Carey coach Anthony Turco couldn’t be happier with the success of the No. 3 hitter and three-year varsity member.

“I have to have the most confidence possible because that’s what this game is,” Cirone said. “So having those home runs and this one now, it’s a good feeling.”