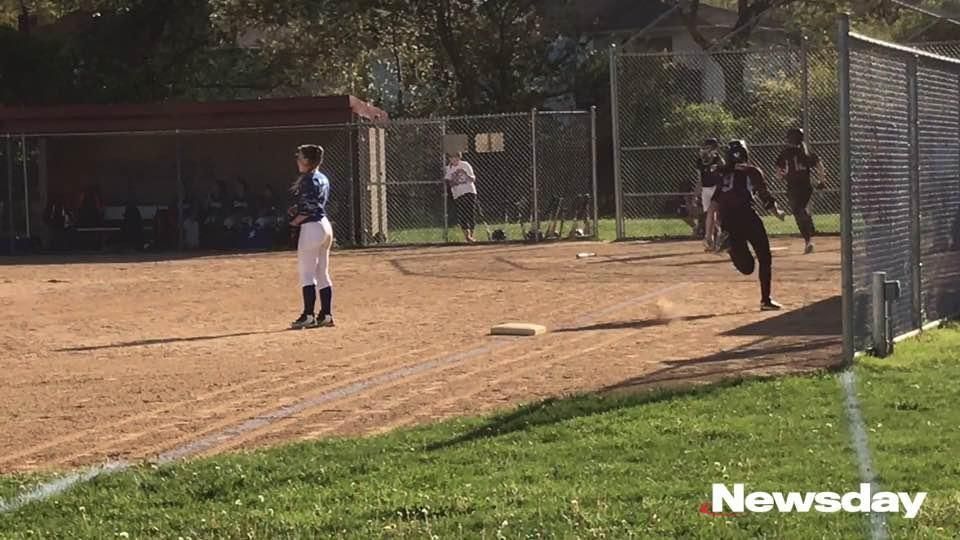 “It definitely gives us an advantage,” Kara Castaldo said. “From top to bottom, everyone can hit in this lineup so that’s definitely a huge advantage and gives us a lot of confidence.”

The depth of the Pirates’ order was evident on Tuesday in their 15-3 five-inning home victory over Division in Nassau A-II l with eight starters scoring either a run or delivering an RBI.

The list of standouts reads like a book. Castaldo went 3-for-4 with a double and four RBIs, Jenna Giliberti went 3-for-4 with three RBIs — just missing a home run for the cycle — and Kelsey Vandewater went 2-for-4 with two doubles, an RBI and three runs scored. Kerri Donlon added two hits — including a bases-clearing triple to drive in the game’s final three runs in a seven-run fifth inning — and Brianna Morse scored three runs without even registering an official at-bat, walking all four times against Division (9-4).

“I think that’s what makes us put up all these runs because we all work together,” Giliberti said. “It’s not just one person, it’s all of us.”

Stephanie Burns and Julia Losciale each added two hits with RBIs and Katelyn Felsberg scored a run, while pinch running after Samantha Arcese’s walk, and Hallie Horowitz added a run.

Mackayla Brown had a strong game in the circle, recording eight strikeouts,, fanning the side in the first inning and getting seven of the first nine outs on strikeouts

“We have a lot of determination,” Vandewater said. “And I think we all just wanted to put our best foot forward.”That next step for Mepham (11-1) will come in the postseason. After moving down from Class AA, the Pirates hope to put together some upsets and go on a run as deep as their lineup.

“I think we can do it,” Giliberti said. “I think we can go all the way. We definitely have the talent. All we have to do is put the bat on the ball and I think everyone on the team can do that.”