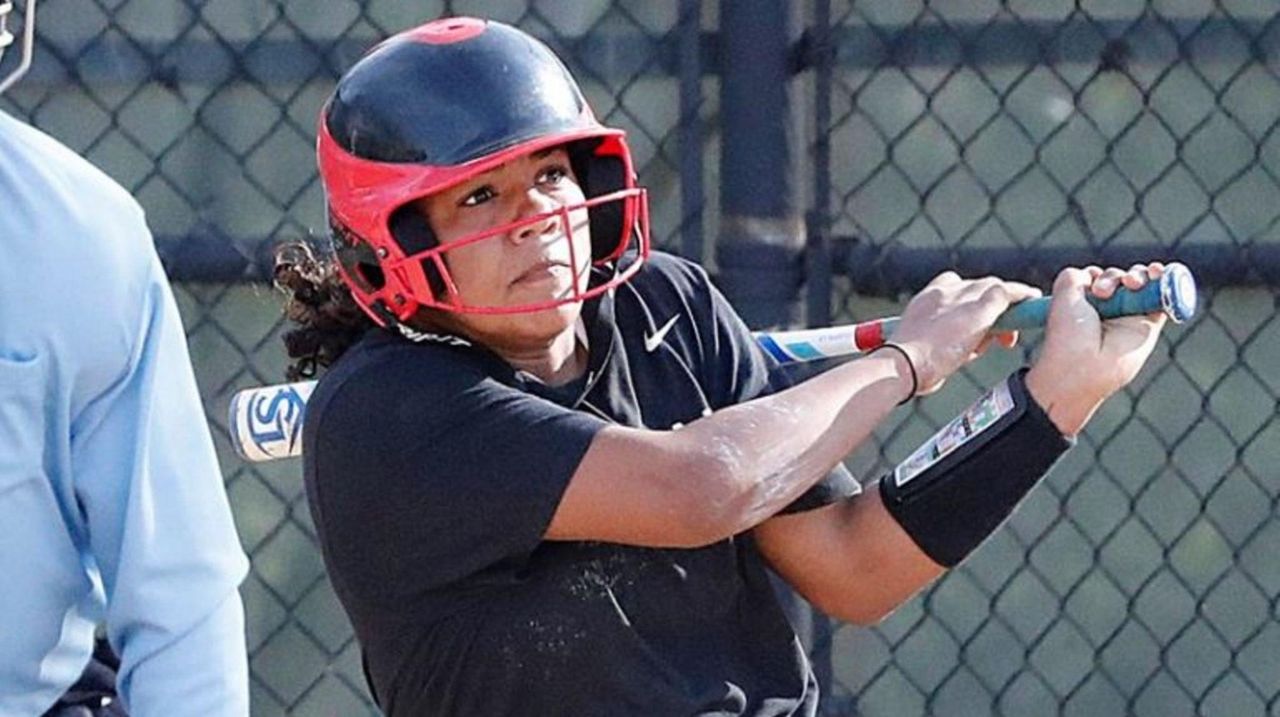 Lové Drumgole has spent every spring since the eighth grade on the varsity softball field surrounded by her Mount Sinai teammates. And walking around school with a boot on her left foot wasn’t going to keep the shortstop from her Senior Day.

To the surprise of nobody that knows Drumgole, the two-time Newsday All-Long Island selection went 2-for-3 with a home run and two runs as host Mount Sinai defeated Sayville, 8-1, in Suffolk VII softball Thursday behind a 19-hit effort.

“She’s tough as nails,” coach Jason Surdi said. “Everything in my brain today told me not to play her, but everything in my heart said, ‘How do I sit this kid on Senior Day?’ I’ve been struggling with this for a couple of days and I learned very quickly that 50 percent of her is better than zero.”

Surdi added just Drumgole’s presence on the field gives the team confidence, as displayed in the bottom of the sixth inning. After Sayville tied the score at 1, the Mustangs strung together eight hits, including back-to-back doubles by Sam Valenti and Alaina Reilly to start the rally, and scored seven runs to hand Sayville, which has already clinched at least a share of the Suffolk VII title, its first loss of the season.

“I was just like ‘I have to get a hit this time,’ ” Valenti said. “We really had to wake up, hit the ball and keep it pumping and keep it going.”

After Sayville (16-1) intentionally walked Drumgole, Molly Birnstill, Julia Golino, Holly McNair and Ilexa Skulnick hit RBI singles in the sixth. Emma Wimmer singled to load the bases and her pinch runner, Emily Burrus, was driven in by Valenti’s second double of the inning for Mount Sinai (15-2).

Wimmer tossed a four-hitter with three walks and 11 strikeouts. She allowing no earned runs and had help from catcher Hailey LaGuidice, who threw out two runners trying to steal.

“I knew that we would hit,” Wimmer said. “So that’s nice having that thought when pitching.”

With the playoffs beginning next week, Mount Sinai, winners of the last three Suffolk Class A titles, is looking to keep its streak going.

“This is what we’ve been working up to all season long and it’s the start of something special,” Drumgole said. “That’s how we should have played every game.”