From left, St. Anthony's Erin Steinert (7), Nicole Gravagna (13) and Kayla Daly (35) hold up a plaque after defeating Kellenberg in the CHSAA final at Hofstra on Thursday. Credit: Richard T. Slattery

The sophomore third baseman saw a lined smash off the bat of Kellenberg’s Shannon Shea coming right at her.

“It was crystal clear,” Dilworth said.

In a game of early big leads and thrilling comebacks, Dilworth made one of the biggest plays of the CHSAA softball final in the seventh inning when she snagged the ball at shoulder height with the bases loaded, no outs and the tying run at the plate. 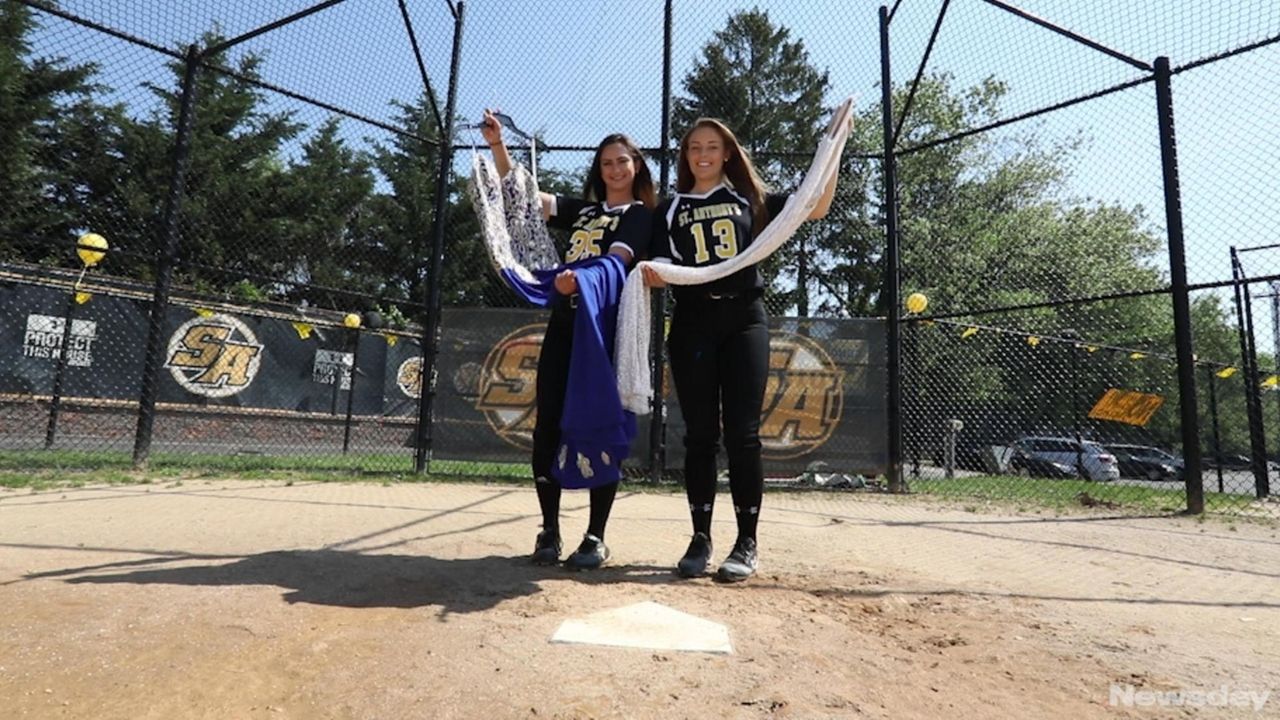 A pesky, top-seeded Kellenberg later scored a run, but No. 2 St. Anthony’s held on for its second straight title with a 9-6 victory at Hofstra on Thursday.

The Friars took a 9-0 lead after three innings, then Kellenberg (22-3) rallied with three runs in the fourth, two in the sixth and one more in the seventh.

“We have great potential to hit, and it was like, ‘Wow, we’re all hitting at the same time,’ ” Friars coach Mike Massa said. “But Kellenberg is a great program and we knew they weren’t going to roll over.”

Kellenberg’s Riley Lim-Ellis, who was named the CHSAA Player of the Year, nearly willed the Firebirds to an amazing comeback. The senior catcher was 3-for-4 with a walk, a double and knocked in five of her team’s six runs.

But it wasn’t enough as the Friars did all their damage in the first three innings. St. Anthony’s winning pitcher (and CHSAA Pitcher of the Year) Alyssa Seidler was 2-for-4 with an RBI, and Jessica Roberts was 3-for-4 with three RBIs and a run. The sophomore rightfielder was named game MVP.

“I knew we had to play until the last out,” said Roberts, smiling. “We’ve been working for this since October, and preparing for this moment.”

Even when there’s little time to react.