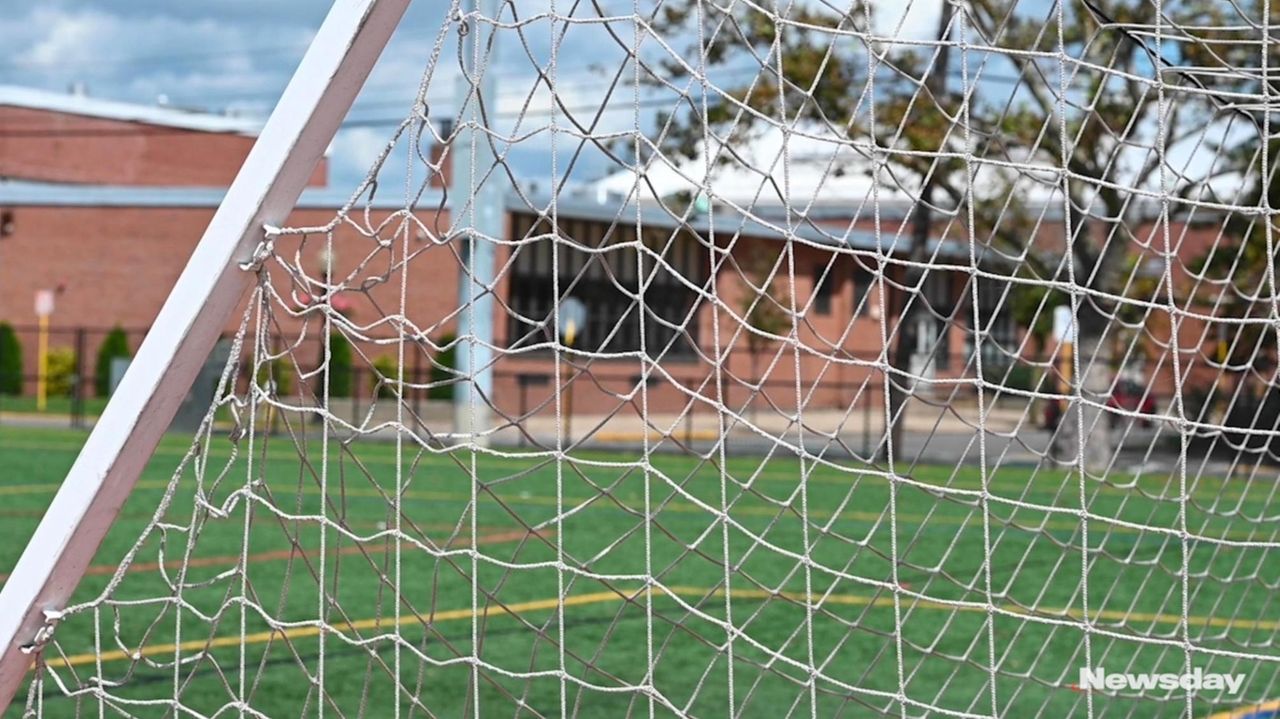 Newsday reporter Julia Elbaba spoke with several athletes from Suffolk County to get their thoughts and reactions on the postponed fall season.   Credit: Newsday / Julia Elbaba

Suffolk County sports officials postponed all high school competition until Jan. 4 on Friday due to the COVID-19 pandemic.

The decision comes 16 days after Nassau's sports officials called off the fall season citing safety concerns. The only high schools that will try to play this fall are Long Island's nine Catholic League schools, which met on Friday and decided to continue to stay the course.

“We had a difficult task at hand, that was thoroughly investigated, and the most prudent decision was rendered,” said Tom Combs, the executive director for Section XI, the governing body of Suffolk high school sports. “We really had no alternative seeing the potential for an increase in positive cases of COVID-19. The health and safety of our student athletes, coaches, officials and staff members is paramount to starting this fall.”

Section XI's decision was made after a meeting Friday of the county's Athletic Council, a group composed of athletic directors, teachers and an executive board.

"I think it was expected, to be honest with you," Center Moriches boys soccer coach Chris O'Brien said. "With what was going on with collegiate athletics and all the other aspects of this crazy disease. I’m like everybody else in this world, I’m hoping that we can have a better direction and maybe a vaccination by early 2021 and kind of strip 2020 from the calendar. It seems like if it’s not one thing, it’s another."

Combs said all fall sports — boys and girls soccer, field hockey, girls tennis, girls golf, boys and girls cross country and girls swimming — will move into three condensed seasons from January to June. The fall sports season will run from March 1 to May 1, but there is a possibility that a few sports will move seasons to ensure no overlap.

“We see our plan as one that will allow full seasons for all sports with no overlap. And that’s a real positive for us,” Combs said.

Two days later, Nassau's Section VIII announced it will not have high school sports in the fall and will play three compressed seasons between January and June in 2021.

Several rallies, protests and online petitions followed from Nassau residents who felt the schools should be able to play. Parents cited the fact the many kids were playing travel sports over the summer.

Combs and Pat Pizzarelli, the executive director of Section VIII, appeared as panelists in a virtual event on high school sports hosted by Newsday on Friday.

"School sports are different than club sports," Pizzarelli said during the event. "All I’ve ever heard from anyone is, ‘These kids have been playing all summer and there’s been no issues. That is a falsehood. There have been issues with some teams that have played during the summer. They have gotten the virus and they’ve had to stop playing."

The Massapequa school district filed a lawsuit Wednesday that seeks a temporary restraining order on the decision to postpone Nassau County's fall sports programs until January, asserting that Section VIII overstepped its authority and that it harms the "mental, emotional and physical well-being of the athletes."

Connetquot superintendent Lynda Adams sent an email to the district Friday in opposition to the postponement of Suffolk sports.

"I will be sending the leadership of Section XI a letter protesting this change that moves us further away from providing our students a full, well-rounded education," the statement read.

Dr. Michele Reed, a family physician with practices in Garden City and in Queens, also appeared as a panelist in Friday's Newsday virtual event. Reed said team sports are a challenge because the virus can spread quickly among teammates.

“We’re seeing throughout the country, sports programs are being shut down," said Reed, who also is the district physician for Malverne and Roosevelt. "The decisions that are being made now, especially on Long Island, have to do with the safety of the students, family, coaches, officials. That’s something that we have to take into consideration."

Officials answer your questions about high school sports and COVID-19Decision makers in high school sports are talking about the state of local athletics due to the coronavirus, the difference in risk levels of each sport during the pandemic and answering your questions. Suffolk HS athletes disappointed after fall sports postponed"My heart breaks for all of our athletes affected by this decision, but I do understand how safety is everyone's first priority in making this extremely difficult decision," said Ward Melville field hockey coach Shannon Sioss. LI's Catholic League will try to play this fallPlan is to move forward with the sports deemed lower-risk by New York State -- girls tennis, boys and girls soccer, boys and girls cross country and girls swimming. NYS moves high school football, volleyball seasons to springThe traditional spring sports also will move from March 15, 2021 to an adjusted start date of April 19, 2021.