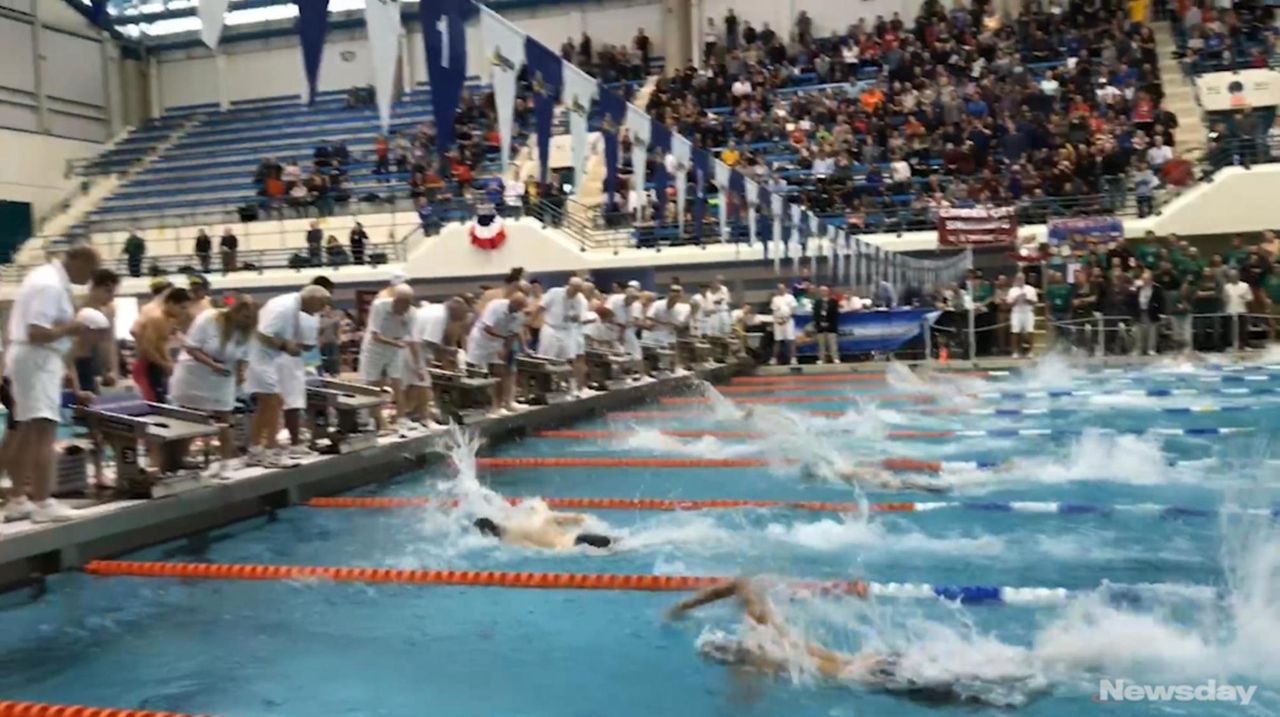 Lynbrook’s Tim Marski never swam for his varsity team before this season, always thinking of school swimming as “fun, but slow.”

But after talking and hearing his club teammates boast about their school dual meets and championships, the senior wanted the chance for more competition.

“I realized that all my friends that I usually compete with outside of school, on my club teams, they’re all doing it,” said Marski, competing for the combined South Side-Lynbrook varsity team. “So I was like ‘Oh, it’s going to be like that?’ I just love racing these guys.”

“It’s great to see that swimming isn’t only in warm places like Texas and California and all those places,” Louser said. “It’s here on Long Island. People think they have to travel to Florida to swim fast but really all the competition they need is right here.”

“When I first hit the wall, I’m praying that I (won it),” Marski

said. “Then I look at the clock and it’s such a relief.”

“It’s a whole different story standing on No. 3 and then on No. 1,” Sztolcman said. “It’s just a feeling you can’t even explain and it’s a moment I’ll remember forever.”

The 100 breast, however, was an entirely different story. Louser, trailing the majority of the race, made a strong push in the final 25 yards to win in 55.07. Hauppauge’s Jack Casey and Chang finished second and third, in 55.19 and 55.54, respectively, with all three All-American automatic times. It was Louser’s second-straight 100 breast state title.

“It was definitely incredible because when I touched, I didn’t

even know if I got first,” Louser said. “I had to check the scoreboard and once I saw the No. 1, I was just ecstatic.”

But as Marski, Louser and Sztolcman made their frequent individual trips atop the podium and then received the most outstanding competitor award as a group, they just looked to soak in the moment.

“It was really nice to stand there all next to each other,” Sztolcman said. “Long Island swimming has really been picking up the pace.”