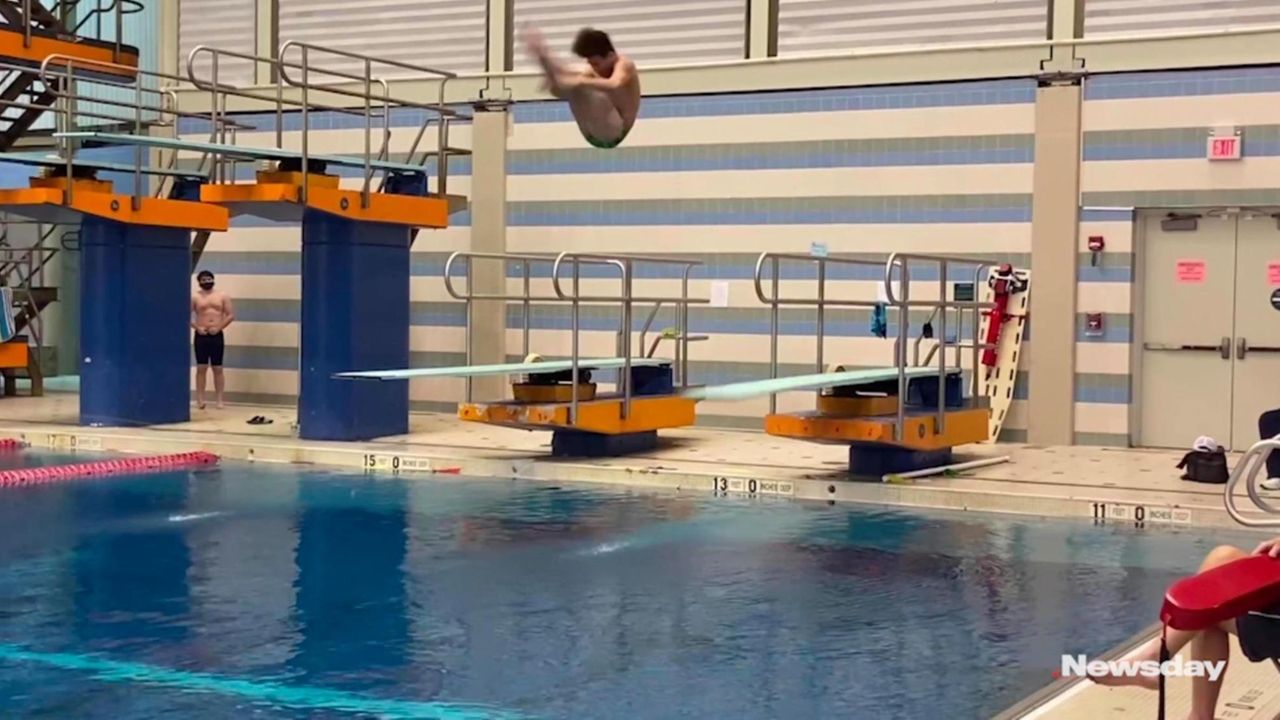 It was the only way Nicholas Shen could go out.

The standout senior diver from Great Neck South High School has had many of his best moments in competition at the Nassau Aquatic Center. You can add Wednesday to the list.

"This building has a lot of memories for me," Shen said. "I’ve had meets here even besides high school meets. I like this facility, it’s a really nice pool. It’s kind of like home to me."

Shen, who will dive for Brown next year, won all four of his county titles at the Nassau Aquatic Center. He also set the county record there at last year’s finals with a score of 580.35.

He’s spent more hours than he can count in that building, perfecting his craft.

"It’s nice winning my fourth year in a row," Shen said. "It’s just a nice way to end my high school career in my last meet."

Shen said he often trains seven days a week, and even makes trips to China to work on and improve his diving abilities.

"I like to think I worked hard for this," Shen said. "I put a lot of effort into this sport. I’ve put in a lot of work to get where I am."

Garden City’s Cameron Yuen finished second with a 479.40, Plainview-Old Bethpage JFK’s Greg Meder was third with a 423.45 and Long Beach’s Chris Buonocore took fourth with a 412.10.

Even with this being his sixth time competing at the county finals, Shen said the nerves remained with him. He said he messed up his first dive, but rebounded well to win by over 90 points.

"You still have those nerves," he said. "They never go away. You just have to push through and keep diving."

Wednesday was bittersweet for Shen, however, as usually it would be his prelude to the state championships. He placed fifth at the state finals last season, but there will be no state championships this year because of the COVID-19 pandemic. Shen said he was disappointed to be unable to see if he could graduate as a state champion.

Coach Jim Morrow said he will miss seeing how Shen competed and interacted with his teammates. He also wishes Shen could get that one final crack at a state crown.

"The only thing I wish for him is we had a state meet because he got so close to the top," Morrow said. "But we’ll never know."