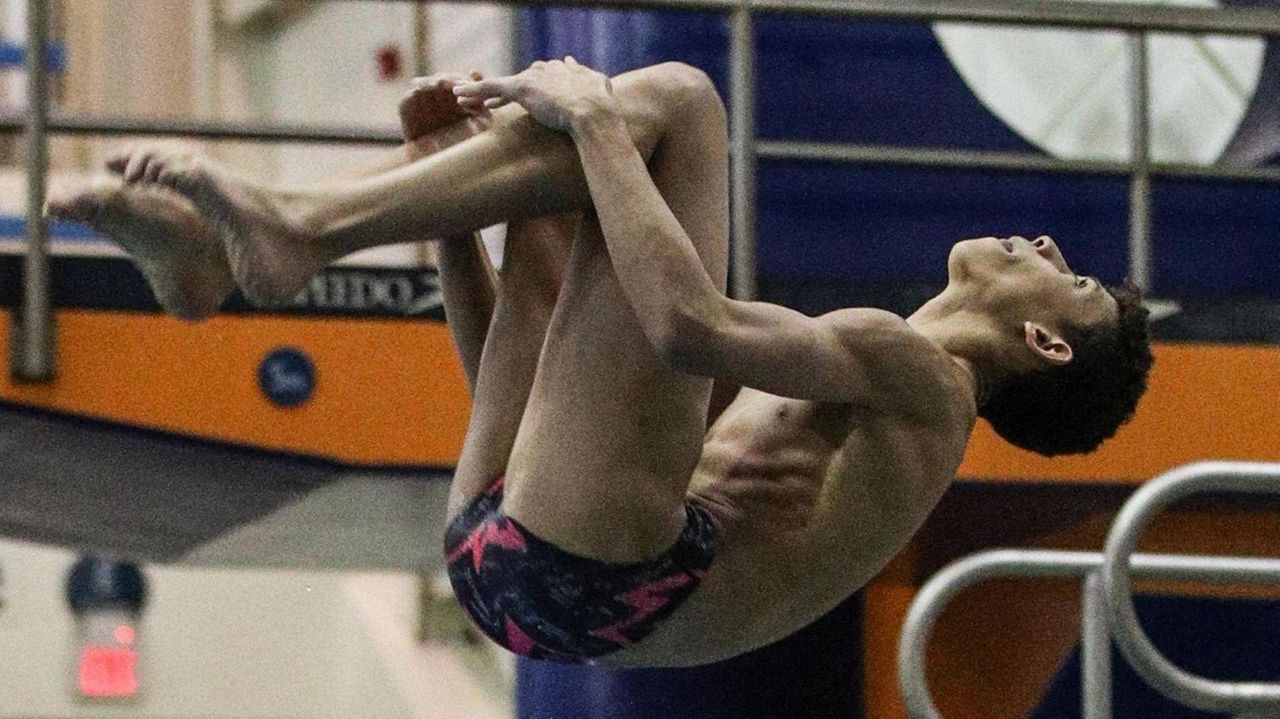 The Great Neck South sophomore seemingly has been on a redemption tour since childhood. He often wasn’t known as the top diver at his competitions, but he continued working at his craft. On Wednesday, he surpassed two of his longtime opponents to win the Nassau championship at the Nassau Aquatic Center at Eisenhower Park.

Shen finished with a score of 548.95 over 11 dives, topping Bellmore-Merrick’s Youssef Ibrahim’s 513.35 and Garden City’s Cameron Yuen’s 508.60. Shen said he’s been competing with those two since a young age.

After winning last season’s county title, Shen wasn’t ready to give up his spot at the top.

“I was feeling the pressure because people said that Youssef got even better,” Shen said. “I kind of got scared a little bit, but I definitely had some pressure on myself.

“He’s always been ahead of me. I just watch his dives, I want to top it,” he added with a laugh.

But Shen worked past those nerves and held the lead after each intermission of the championships.

“He’s starting to pass them all, so it’s a friendly competition,” Great Neck South coach Jim Morrow said. “They have a great time. You always see them chatting it up and talking about it, but he’s just trying to knock everyone off who used to beat him, I guess.”

Shen, Ibrahim, Yuen and Plainview-Old Bethpage JFK’s Doug Vaca qualified for the state championships, scheduled for March 1 at the Nassau Aquatic Center at 1 p.m. Vaca finished fourth Wednesday with a 505.80.

After finishing 14th at last season’s state championships, Shen looks forward to attempting to improve his score on the bigger stage.

“Last year I didn’t do that well,” Shen said. “So I just want to get in the top 10 and show them how good I am now and how much better I got.”

With Shen still having two more varsity seasons to compete, he could achieve the rare feat of becoming a four-time county champion.

“We kept saying since the beginning of the year, it’s always tougher to win the second one than the first one,” Morrow said. “So now we’ll talk about him trying to get three in a row and maybe get his fourth his senior year and do it all four years. That’s ultimately where he’d like to get to and place at the top of the state.”