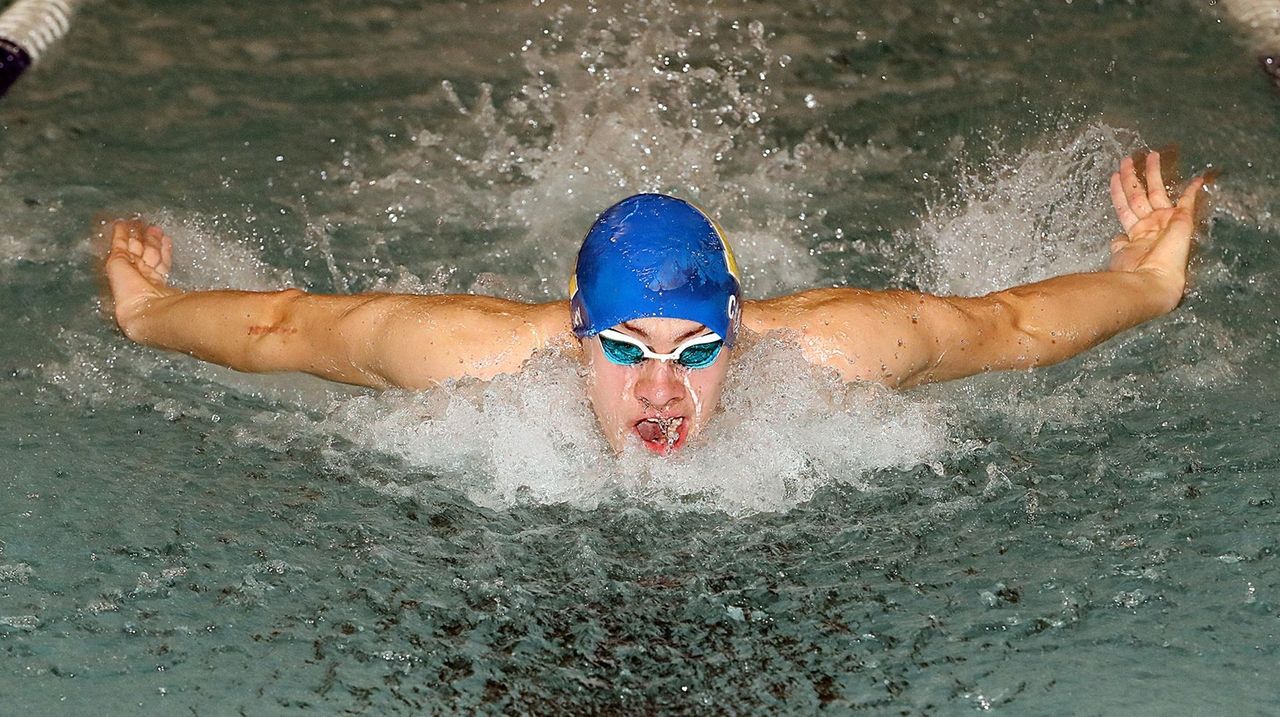 Hauppauge’s Sean Rorke stood alone on the diving board. With all eyes on him, the only sound was the flowing water below.

In only his second year on the diving board, a reverse one-and-a-half broke a Hauppauge boys six-dive record to achieve a 257.99 score on Monday.

“The dives are relatively new to me and I’ve just been doing them in meets right away, which is really ambitious and I really wanted this,” Rorke said. “This is something that I really wanted to do this year, let alone next year. I’m really thrilled that I was able to do it in the final meet of the season and really get where I wanted to be.”

Rorke said it feels “amazing” to break a program record.

“Even though there’s no noise, sometimes that even makes it harder,” Rorke said on what goes through his mind before a dive. “Making sure you’re really focused and in the zone and you don’t think about anything else. The mental piece is really the biggest piece of diving.”

The sole diver on the Hauppauge boys swimming and diving team went up against three West Islip divers, as the host Eagles defeated West Islip, 96-84, in their final regular-season dual meet of the season.

After originally making the junior varsity basketball team, a coach urged Rorke to dive for the Eagles.

“I tried it and I never looked back,” he said.

“We just put it all together and today he just was on the mark,” Lionetti said. “I’m very proud of him and I can’t wait to see what he’s going to do in counties.”

On the swimming end, the relay team of Trenton Burr, Jacob Hug, Jack Casey and Bailey Orehosky won the 200-yard freestyle in 1:37.43, five seconds ahead of the second-place finishers.

“I wanted to just go out there and swim fast, help us score some points and try to go best time,” Orehosky said. “On the relay, we just wanted to win. We had good transitions and we all swam fast as a team. We all worked hard and we all had fun.”

The Eagles finished their regular season 7-0 in Suffolk II and 8-2 overall. They will graduate nine seniors and participate in the league championships on Feb. 1.

“We have to be really on our game to go totally undefeated,” Lionetti said. “That’s going to be a task where I think our kids are up to it and we are really looking forward to swimming with the best. We got our work cut out for us to meet with those teams.”