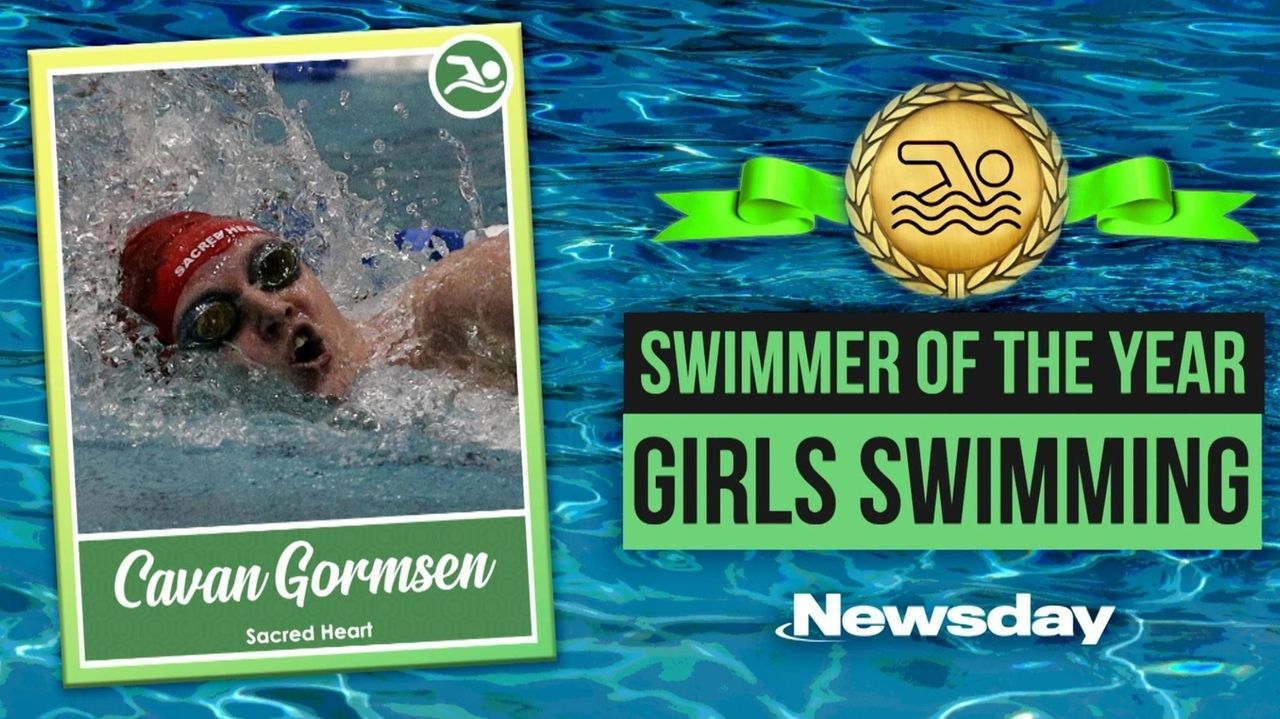 Newsday swimmer of the year: Cavan Gormsen, Sacred Heart, So.

Despite the challenges of the COVID-19 pandemic and getting pool time for practice, Gormsen found a way to improve her times and capture Catholic League titles in the 200- and 500-yard freestyle events.

"Cavan had remarkable times considering the shutdown and the lack of competition within the Catholic League this season," said Sacred Heart coach Mary White, in her 28th year. "I didn’t think anybody would break any records this fall season. And she had a relatively substantial lead in her events and wasn’t pushed. Performing to that level and with those times was really impressive. It was all on her."

"They were in complete shutdown in the spring and were only able to get back in the pool in June," White said. "I was totally shocked that she took six seconds off her time in the 500. To post such a phenomenal time left me in awe."

She set a pair of league records in the preliminary races the day before the CHSAA championships in the 100 butterfly (52.33) and 100- backstroke (54.23). Howley would win both championship races in 52.69 and 54.73 seconds respectively at the Nassau Aquatic Center. She was also part of the winning 200 medley and 200 free relay teams.

She won the CHSAA 50 freestyle in 23.58 seconds and the 100 freestyle in 51.63 seconds at the championships at the Nassau Aquatic Center. She also contributed to the winning 200 medley and 400 freestyle relay teams.

She finished second in the 100-butterfly in 57.47 seconds and third in the 50 freestyle in 25.15 seconds in the CHSAA finals at the Nassau Aquatic Center. She helped the Cougars finish third in the team scoring.