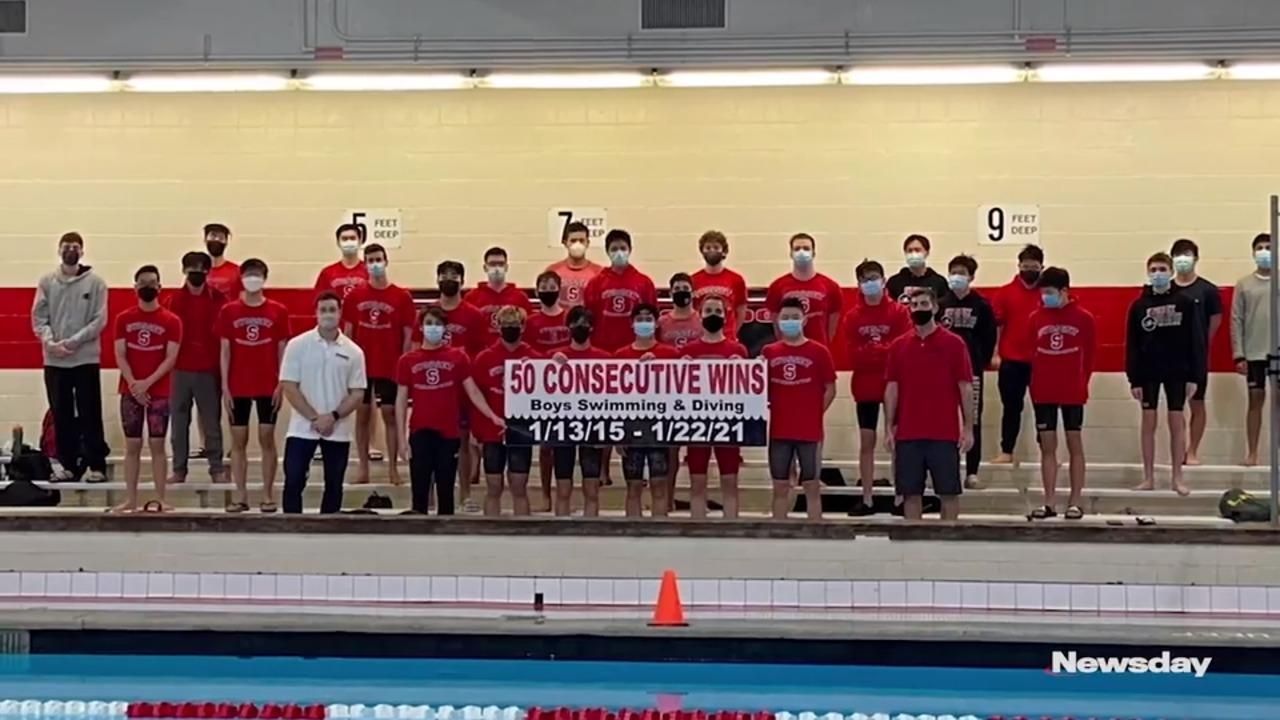 Allan Chu didn’t completely understand what he was walking into when making the Syosset boys swimming varsity team.

The freshman was aware of how important each meet was, but it wasn’t until experiencing it first-hand that he really grasped it. Once he was a member of the program and witnessed how much work each swimmer puts into the team’s success and the history behind it, then he really understood.

"It’s something that I don’t think many other high schools have done," Chu said. "It’s not exactly an easy accomplishment and it’s something Syosset swimming will definitely remember for a really long time."

Michael Lu, a senior and varsity swimmer since the eighth grade, said he and the seniors were fully aware at the end of last season that their winning streak sat at 48. After the unknowns about a season because of the COVID-19 pandemic, Lu said he and the other seniors were worried.

"It had always been a thing ‘How long can we keep this going for?,’ " said Lu, who won the 200 freestyle in 1:47.50. "This means a lot to the seniors, especially, but to everyone on the team. Everyone puts in great work. Every single day, our coaches come in every single day and work their tails off to make this happen, so I think it’s a real testament to all the work the coaches and swimmers put in."

"It’s a culmination of what happened over a series of years and one of the things I love with these boys and the groups that came before them is everybody looks after each other," Cipollino said. "They pull for each other, they try to lift each other up. We celebrate each other’s successes and it really comes down to one practice at a time, one meet at a time."

Lu credits the culture around the Syosset swim program for its success.

"I think it says so much about Syosset High School as a whole," Lu said. "When I came onto this team as an eighth-grader, everyone was so much older than me. But from the day I walked in, the seniors on the team were so nice to me and I still get texts from those seniors that graduated four, five years ago."

And the future continues to look bright, led by Chu and a group of talented underclassmen.

"It feels amazing because it 100 percent [confirms] that we’re not going to just stop at 50," Chu said. "We’re going to go to 75, 100. We are definitely going to keep on going. This is just more momentum to get the ball rolling."