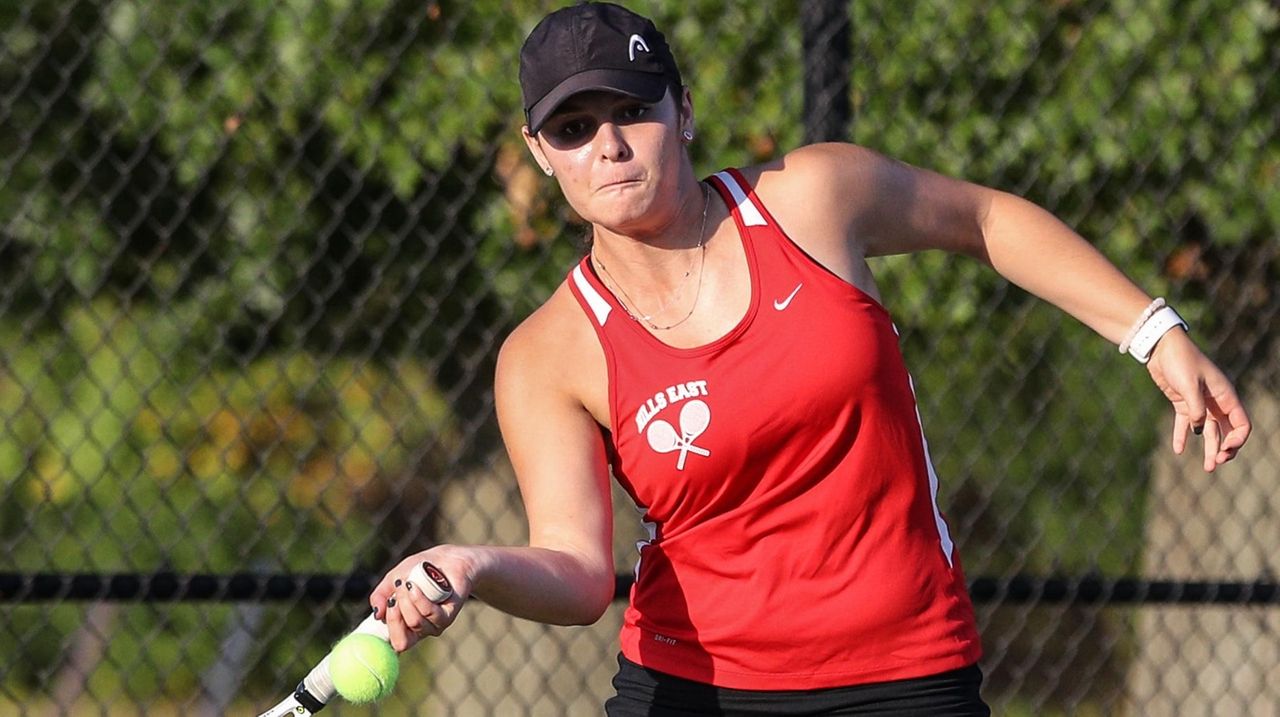 Ariana Malik and Lauren Cherkin only began playing doubles together last postseason but they clicked instantly and this chemistry has made them the duo to beat in Suffolk.

The pair won the county doubles title last season and has carried this success into 2017 to help Half Hollow Hills East emerge as arguably the top girls tennis team on Long Island. Their form was on display Monday afternoon, as Malik and Cherkin topped Emma Matz and Julia Kinalis, 6-4, 6-3, at first doubles, to lead Hills East to a 4-3 win over host Commack in Suffolk I.

The two schools had split the day’s first three matches, meaning the battle between two of the county’s top first doubles teams was the decisive one.

“I think we did a good job. There was a lot of pressure, so it’s relieving,” Malik said. “We have a lot of chemistry and I think because we were county champs last year, we have that confidence that will carry us through the rest of the season.”

“We were on the team together, so we were already friends, but the first time we ever played, we realized it was something special,” Cherkin said of last year’s postseason.

Hills East coach Tom Depelteau said Malik and Cherkin work so well together because they have complementary personalities.

“Ariana is a free-spirit and Lauren is the stabilizing influence on the court,” he said. “It works perfectly.”

Half Hollow Hills East (9-0) also got wins from Janelle Chen, Melissa Chen and Kavya Rao at second, third and fourth singles respectively. Commack (6-2) was led by Emily Tannenbaum, who defeated Alexis Huber, 6-0, 6-1, at first singles. The Cougars also got wins from the second doubles team of Emma Mangels and Christine Kong, and Victoria Pensiero and Kristen Chao at third doubles.

Monday’s win gave Half Hollow Hills East a sweep in the season series over the reigning county champions, though the two powerhouses could possibly meet again in the playoffs.

“Commack is always our toughest opponent, so to beat them twice really boosts our confidence,” Cherkin said.

Added Malik: “I’m really excited to see where the rest of the season takes us.”