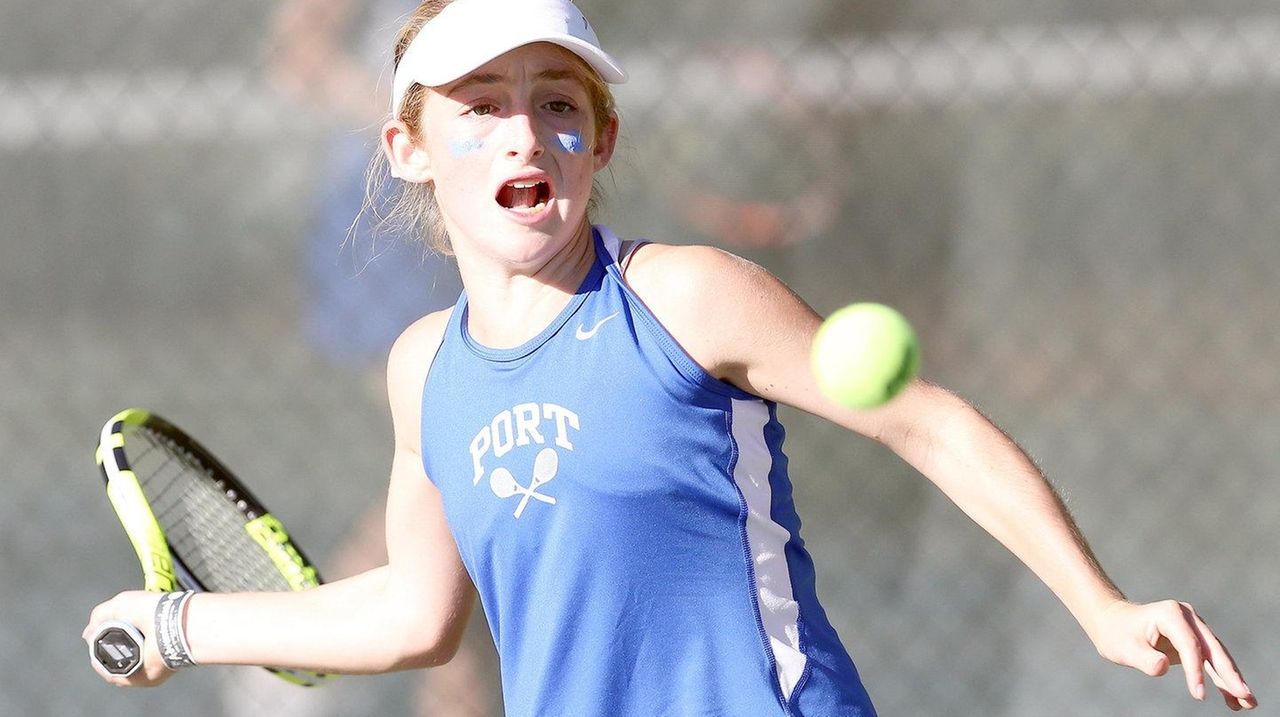 Port Washington’s depth has been on display all season and this was apparent in its biggest match of the year.

Thea Rabman, Martine McGowan and Tiffany McGowan all won their singles matches, as did the Vikings’ top three doubles teams to lead No. 1 Port Washington to a 6-1 win over No. 3 Roslyn in the Nassau girls tennis team championship at Eisenhower Park Friday afternoon. It is the 16th consecutive victory for Port Washington, which won its first county title since 2013.

The Vikings will face the to-be-determined Suffolk champion in Tuesday’s Long Island championship at Half Hollow Hills West.

“I’m so proud of my girls and I know this is a moment we’re never going to forget,” said junior Brittany Polevikov, who won at first doubles with Sofia Walzer, 6-2, 4-6, 6-1.

“I’m so truly happy for my players,” coach Shane Helfner said. “No one deserves it more than them. They answered every call.”

The Vikings (16-1) started fast, notching a pair of quick wins from Rabman and McGowan. Rabman, a seventh-grader, defeated Natalia Krol, 6-0, 6-1, at first singles, and McGowan, an eighth-grader, topped Rena Zervakos, 6-1, 6-2, in second singles.

“I really just wanted to pull out a win for my team, so I was really focused,” Rabman said.

After the two middle schoolers won their matches, their focus shifted to leading the Vikings’ cheering section. “I was proud of myself and Thea for getting us points, but I already knew everyone was going to pull through,” McGowan said.

With youth leading the way on the singles courts, the veteran doubles team of Polevikov and Walzer was also getting the job done. “As a senior, I’m really happy that I get this chance to win again,” said Walzer, a senior who was also on the Vikings’ 2013 title team. “It’s been amazing playing with Brittany all season.”

After Port Washington was awarded its championship plaque, Walzer recalled looking at the banners honoring the school’s other championship teams.

Said the senior: “It’s a really good feeling knowing this team will leave something behind for our school.”