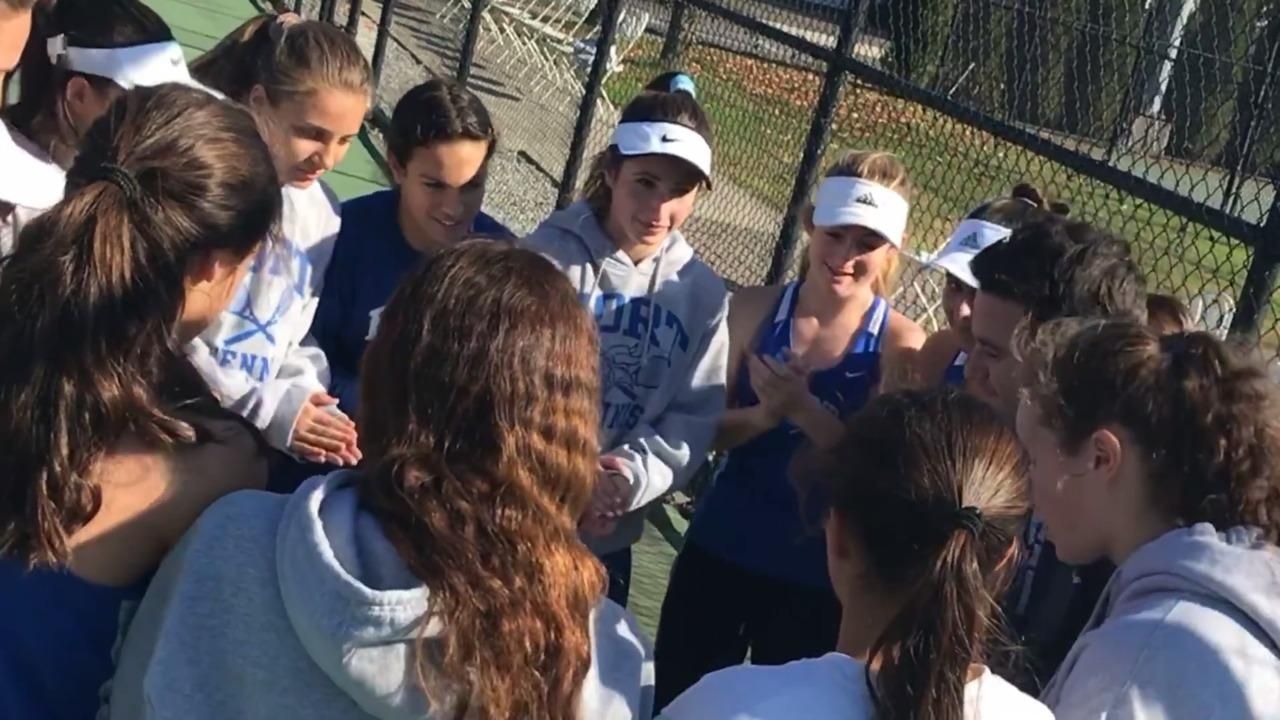 After spending the weekend competing against the top players at the girls tennis state championship in Latham, Thea Rabman and Rose Hayes had one more challenge left — each other.

Rabman, a Port Washington freshman, and Hayes, a sophomore from Westhampton, didn’t meet in the state tournament but had played recently in a USTA tournament, a match won by Rabman. On Wednesday at the Hamlet Club in Commack there was school pride on the line.

“This means a lot because we’ve put in so much effort over a long season,” Rabman said. “We are really tired, especially the girls that went to states, but we’re always ready to play for our team.”

The first set could have gone either way, with Hayes serving at 5-5 before Rabman got a break and then closed out the set.

“I tried to play the exact same way I did the last time I played her,” Rabman said. “I tried to take her consistency away from her.”

Port Washington won all three doubles matches early to take a 3-0 lead before Andrea Martinez clinched the victory with her 6-3, 6-1 win over Katelyn Stabile at second singles.

“I didn’t even know that my match was the one that clinched it,” Martinez said. “I just really wanted to get the point for my team. This has just been such a fun experience.”

The final had been postponed for eight days because of poor weather and the state championships last week, but it was well worth the wait for the Vikings.

“We have a great balance of veteran leadership and young tournament players who have come in and fill in our lineup,” Port Washington coach Shane Helfner said. “This whole season has been dominant for us and it just shows how hard it is to get points off us from first singles all the way down to fourth doubles.”