Islip tennis players Darienne Rogers and Maddie Germano have a bond that was forged under the most difficult of circumstances.

In 2017, Germano’s mother, Tracey, was diagnosed with ovarian cancer.  She died that December at 47.  A month later, Maddie Germano was diagnosed with a Chiari malformation, a rare condition in which brain tissue extends into the spinal canal. Germano underwent brain surgery in March 2018 to correct the problem.

Rogers was there the whole time, offering whatever comfort she could to the Germano family — Maddie, her brother, Cameron, and their father, Charles.

“My mom and I would take Maddie into the city to see her mom in the hospital,” Rogers said. “I was the relief for her and was always there for her through everything.”

The procedure left Maddie, then 16, with a 6-inch scar on the back of her head. She was home-schooled for four weeks before returning to school and tennis that fall. She and Rogers won the 2018 Suffolk Division II doubles crown. This month, Rogers was named Islip's valedictorian while Maddie was named the salutatorian.

“The Germano family, they are some of the best people,” Rogers said. “The best thing is knowing that they would give everything right back if we ever needed it.”

Rogers and Germano, both seniors, teamed up again this season and went on to win the Suffolk doubles championship, played together in the state tournament and were named to Newsday's All-Long Island tennis team. They were honored at the New York Open on Wednesday for all of their accomplishments. 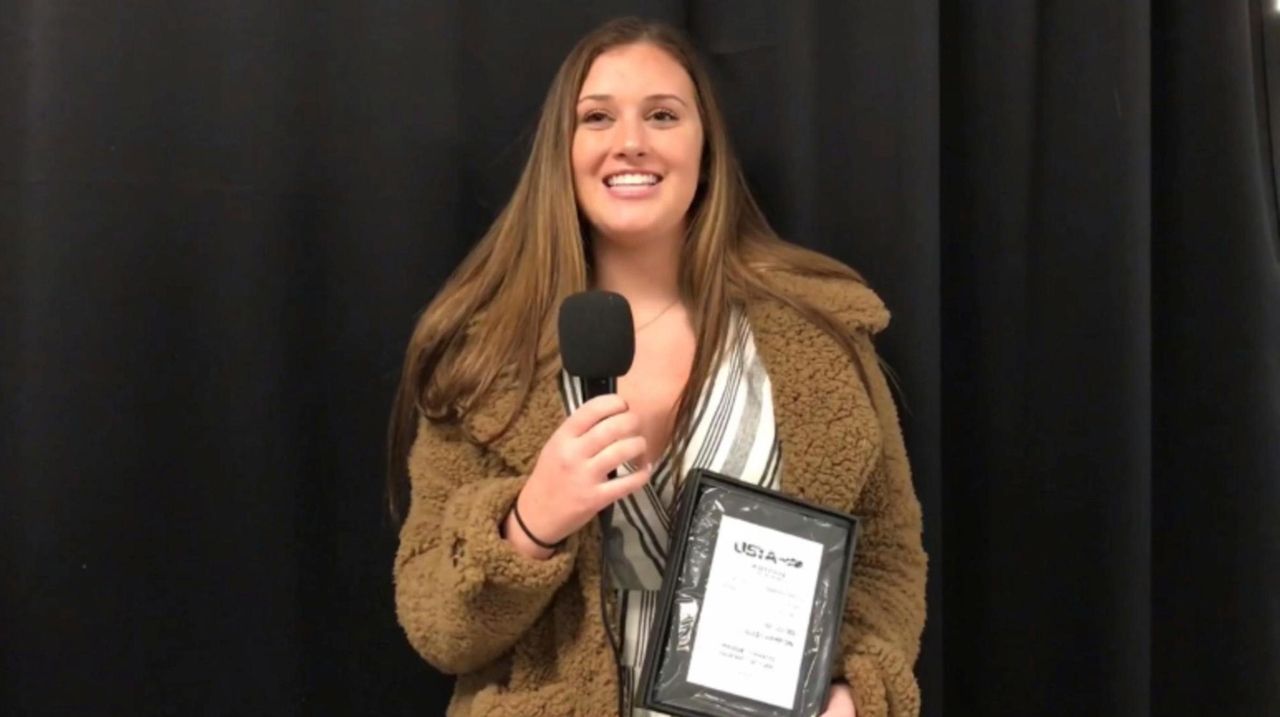 “We always knew where the other person would be on the tennis court without even saying anything,” Rogers said. “Our strong connection off the court contributes to that.”

Germano admitted that being a student-athlete has its challenges, but like on the court, she and Rogers know how to focus when things get tough.

“Schoolwork always comes first for the both of us," Germano said, "and when we make sure we are doing OK in school that’s when we can turn over and focus to tennis as well. To find that balance and excel in both, that’s the best feeling.”

Rogers agreed. “Being able to say we are the top two [students] is so cool especially after everything we have been through together," she said. "We are literally connected and the same person.”

The girls realize that in just a few months, they could be headed in different directions. They have yet to decide on where they will attend college, but they are confident they will remain close friends no matter where life takes them.

“Neither of us know exactly where we are going yet," Rogers said. “It doesn’t matter though, with FaceTime and social media, we will always be in contact, and who knows, we can extend our friend groups, which we never really did. It has always been the two of us.”

Islip's Germano, Rogers honored at New York OpenIslip tennis player Maddie Germano spoke at the New York Open on Wednesday, Feb. 12, 2020, about being honored with teammate Darienne Rogers for winning the Suffolk doubles championship this past fall and for being class valedictorian (Rogers) and salutatorian (Germano).