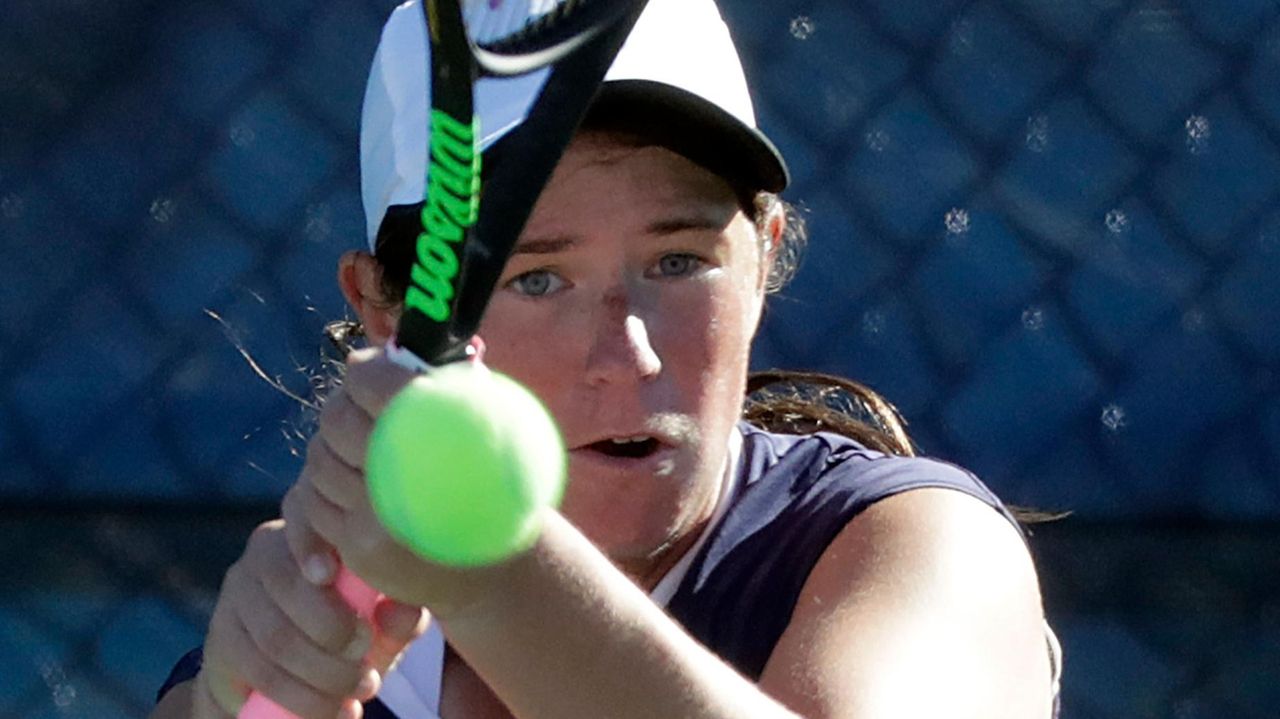 Second-seeded Bukzin, representing Eastport-South Manor, earned the singles title over the top-seeded Rose Hayes of Mercy, 6-2, 6-3 at Shoreham-Wading River High School on Tuesday. Hayes, an eighth grader, is a familiar opponent for Bukzin. The two have now faced each other seven times.

“It’s always intense when we play,” Bukzin, who advanced to the state tournament, said. “We’re two very good players, but for me I feel my serve was probably the key. I came out pretty strong, I felt that it gave me a good start. I still had to stay very calm. Whenever I serve well, I feel like I have a lot of confidence on the court, so that was a big key.”

Bukzin, a senior, who fell in the quarterfinals last season, will participate in her fourth state tournament. Malik and Cherkin from Half Hollow Hills East will team up in their second doubles appearance in the last two years.

“I feel sometimes my problem is that I think too far ahead, so what I tried to do is tell myself, ‘one point at a time’ and not get ahead of myself and stay really calm, and that’s how I’ve beaten Rose in the past,” Bukzin said. “She’s a very tough player so I knew I had to stay really calm.”

With the top three singles players earning a trip to the state tournament, Hayes will be joining Bukzin in Albany starting on Oct. 27. Ward Melville’s third-seeded Denise Lai defeated No. 4 Emily Tannenbaum of Commack in the third-place singles final, 6-4, 6-1, and will appear in the state tournament.

“I think we vibe well together because we know where we’re going to be so we cover for each other and no ball goes past us,” Malik said.

“We go for everything. It may pass us, but we go for it,” Cherkin added.

The nine tennis players in Suffolk will have a little more than a week and a half to prepare for their trip upstate.

“Hard work pays off, it definitely pays off,” Malik said. “I’m excited for the state tournament.”