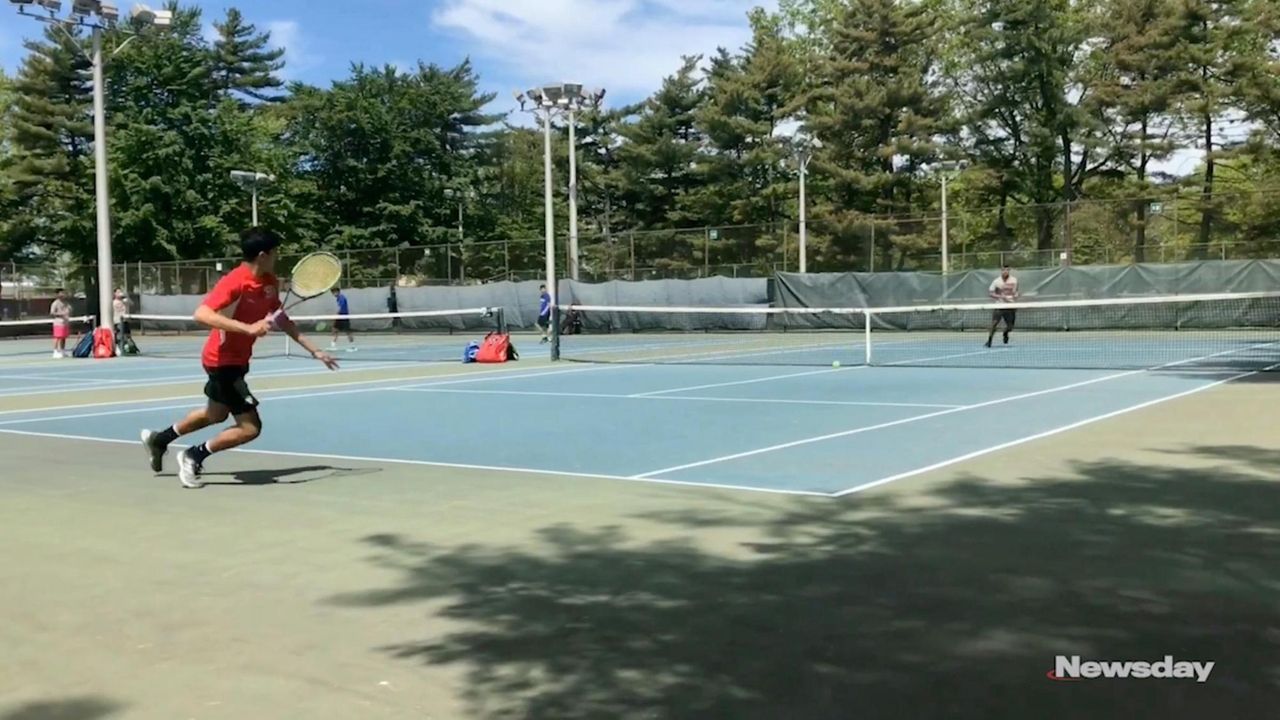 Kabir Rajpal was still numb to what he achieved.

After walking off the court following a 6-1, 6-1 win over No. 2 Karan Amin in the Nassau boys tennis individual final at Eisenhower Park Saturday morning, the Syosset junior still was waiting for it all to hit him.

Rajpal controlled the play throughout match, displaying all facets of his game at a high level.

“He was super motivated and focused from even before the match,” Syosset coach Shai Fisher said. “He wanted to get on the court quickly, focus on every point and just take it to his opponents. He doesn’t want to give up one point. He’s that competitive.”

Top-seeded Rajpal, a 6-foot righthander, went undefeated this season and had undefeated campaigns both as an eighth- and ninth-grader, Fisher said. Rajpal didn’t play on varsity last season to focus on outside tournament training, but he said he wanted to return to compete for a title and be remembered with previous champions.

“To be a part of that group is something special,” he said. “I’m just honored to be put in the same sentence as them.”

Rajpal also was quick to credit Amin of Wheatley.

“He’s cool, calm, collected, powerful, strong, a really, really smart player, so I knew I had to be at the top of my game,” Rajpal said. “I couldn’t give him any points. The whole match, that was what I kept repeating, ‘Don’t give him anything.’ ”

Rajpal, Amin and Cold Spring Harbor’s Griffin Schlesinger will play in the state tournament, beginning May 30 at the National Tennis Center in Flushing with the finals June 1.

Rajpal is entering the state tournament with confidence, just hoping to play his best tennis and see how far that takes him.

“Obviously you want to go in, you’re the best, you belong here,” he said. “Anything can happen because it’s the state tournament.”

Roslyn’s Mikey Weitz and Adrian Tsui defeated Hewlett’s Logan Fliegel and Stephan Gershfeld, 6-3, 6-2, to win the Nassau doubles championship. The two played singles much of the year, but quickly formed a strong pairing to win the title.

“We have good chemistry,” Weitz said. “In singles, you’re the only one on the court, you’re responsible for yourself. But now, you have another partner to back you up.”

Both teams, along with Syosset’s Brian Gao and Peter Bukary, advance to the May 30 state tournament. Gao and Bukary defeated Manhasset’s Aidan O’Connor and Steven Salerno, 6-2, 6-3, in the consolation to place third.

“I think \[our confidence\] is pretty high,” Tsui said. “I think we have a good chance to go far in the tournament, do some damage.”