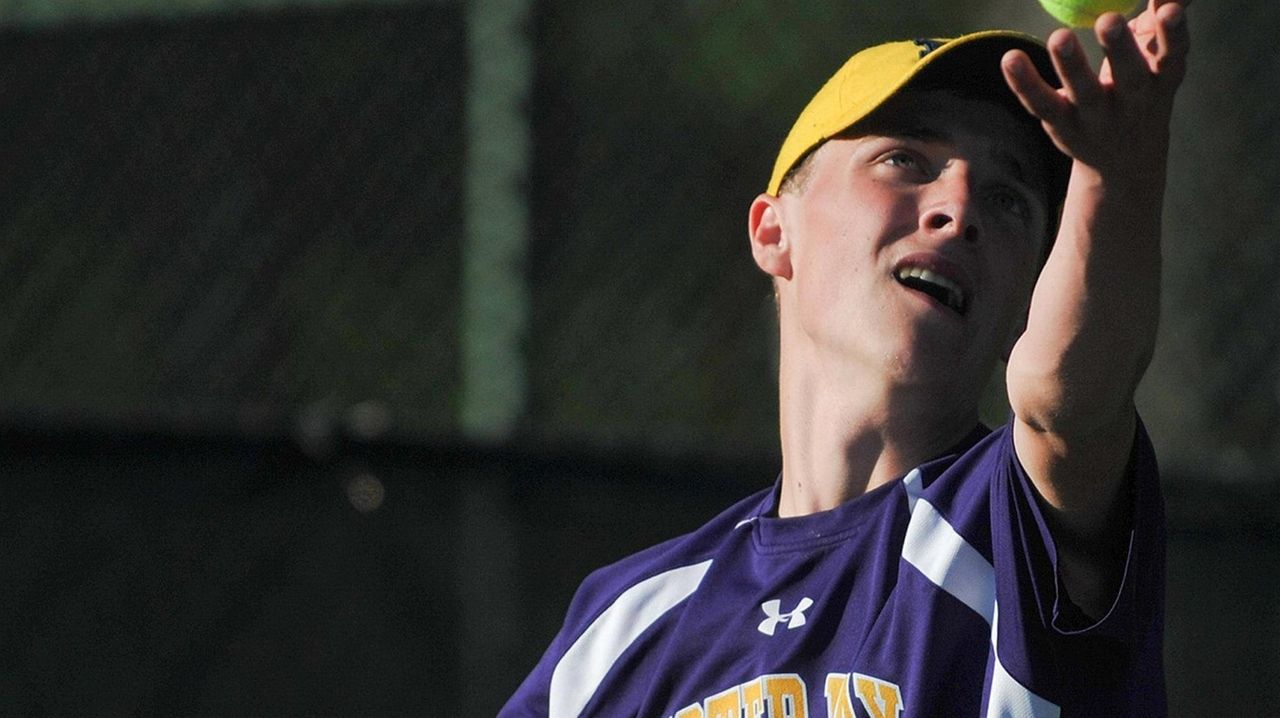 Even when Patrick Maloney was traveling the country playing on the United States Tennis Association Tour, the Oyster Bay senior knew he wanted the chance to compete for a state title.

And with a lighter travel schedule this season, the 18-year-old was able to play varsity tennis for the first time since seventh grade. On Monday, Maloney, the top seed, defeated No. 3 Matthew Cashin of Cold Spring Harbor, 6-2, 6-1, to win the Nassau individual boys tennis title at Eisenhower Park.

“I played in seventh grade and I loved it,” Maloney said. “I knew my schedule would be pretty heavy but I always said that my senior year, I was going to play for sure.”

The 6-3 righthander with a powerful serve controlled play Monday, coming off his 6-0, 6-0 semifinal victory over Gabriele Brancatelli, of Port Washington earlier in the day. Cashin won his semifinal, 4-6, 7-5, 4-1 (retired), over Mike Medvedev, of Wheatley, after the Cold Spring Harbor junior trailed 5-1 in the second set.

Brancatelli finished third to earn a trip to the state championships when Medvedev was unable to compete because of injury.

Maloney (18-0), committed to Michigan, is looking forward to the state championships, beginning May 31, at the Billie Jean King National Tennis Center.

Oyster Bay coach Glen Steinberg said he expected Maloney to play as a senior after a conversation they had when Maloney was in ninth grade, and was “thrilled” once he officially joined.

“He fit in great,” Steinberg said. “The kids looked up to him. He got to hit with some of the weaker kids and he got to work with some of the younger kids as well, so he’s really a role model for a lot of the kids on the team.”

“I think the chemistry really helped because we were able to adapt so quickly on the court,” Grossman said. “That was something that we really used to our advantage in the finals.”

“We knew the competition would be tough and no match is easy,” Rajpal said. “But I would take Eli and myself over every other doubles team in the country if I could.”

Both doubles teams qualified for the state tournament as did third-place finishers Justin Oresky and Zach Chan of Syosset.