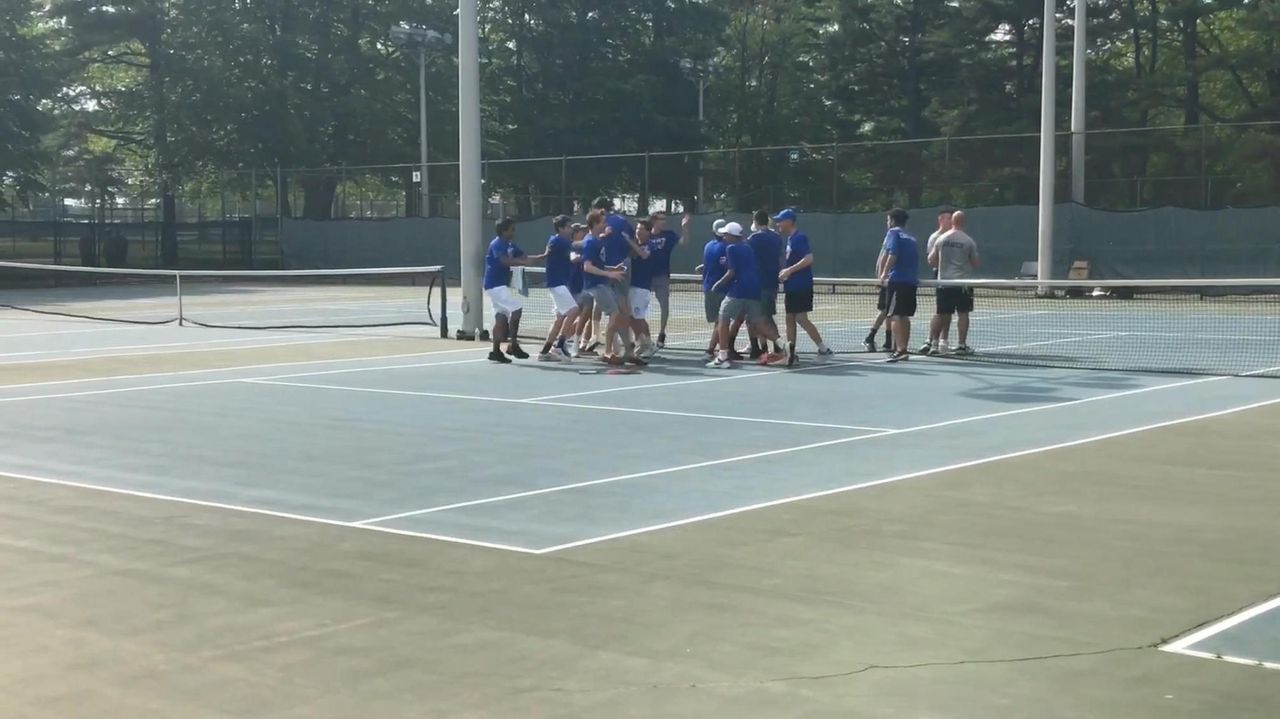 Allon Pevzner and Luke Zohouri could tell something different was going on, but even they didn’t know how important their match was.

With the Nassau boys tennis team championship tied at 3 through six matches at Eisenhower Park with Pevzner and Zohuri against Syosset’s Miles Capell and Josh Elenowitz at second doubles as the lone remaining matchup Monday, their winner would decide the fate on the final.

“I didn’t know it was 3-3, but I felt it in the crowd that everyone was watching,” Pevzner said. “So I knew it had to be important, so we just gave it our all.”

“Getting here is a dream come true,” said Zohouri, who was constantly waving his hands to excite the crowd throughout the match. “For us and the whole team.”

Port Washington (12-6) advances to play Half Hollow Hills East (16-2) in the Long Island boys tennis championship at The Hamlet in Commack Wednesday at 3 p.m.

But the final match didn’t come without some controversy, after a play that was initially ruled a point for Syosset was contested by Helfner. The two coaches agreed to a let and Port Washington won on the ensuing point and the match.

“You never want to end a county championship on a call like that, so there was definitely a discrepancy between the coaches,” Helfner said. “I think we both agreed the best thing to do was to play it as a let and re-do the point.”

But the play of Pevzner and Zohouri in the midst of a loud crowd and a disputed call proved to be the difference in delivering a title for Port Washington.

“That’s one of the hardest environments to play in, to come down to one court,” Helfner said. “But they’ve had a lot of close matches all season so I think having that experience really helped them get through this.”

“Coach calls us ‘The momentum squad’ because once we get the ball rolling, it’s really easy for us to keep going,” Pevzner said. “But when we fall behind a little bit, it’s hard for us to get back into it. So for us, it’s really important to get ahead early and show that energy.”