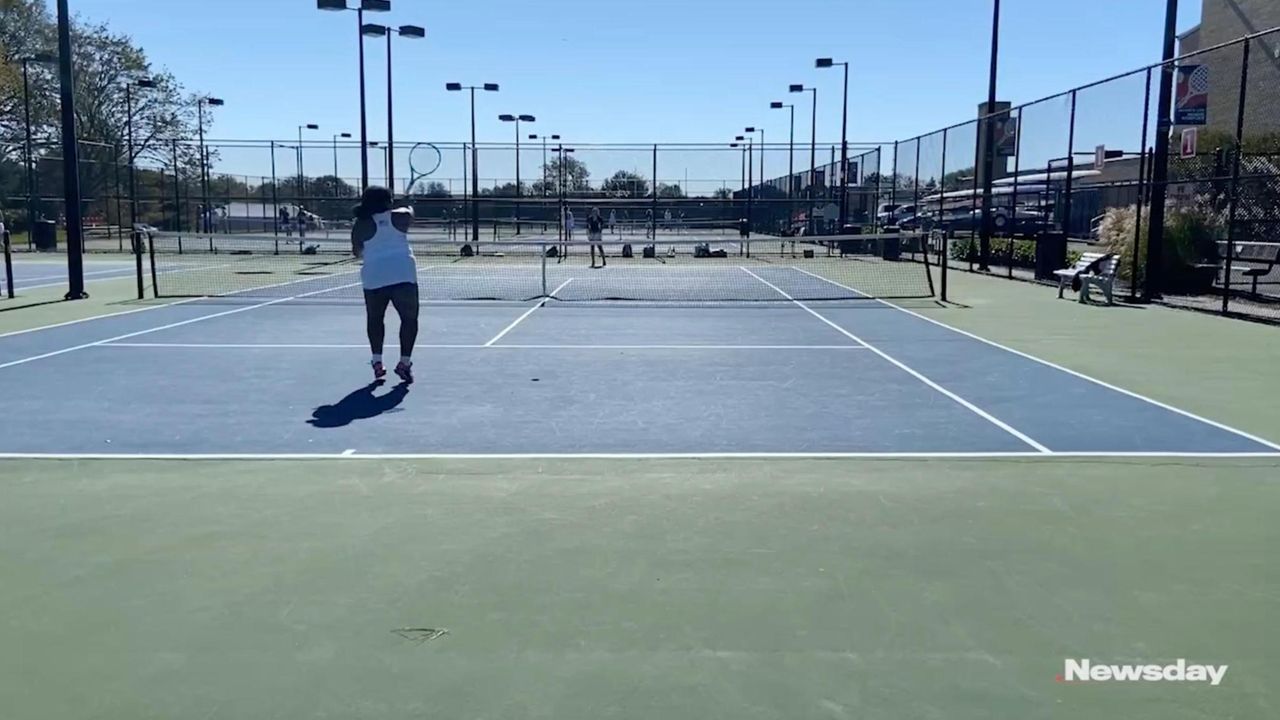 For the Sacred Heart Academy girl’s tennis team, Saturday’s match was about having confidence and a winning mindset.

"We reinforced the positives because this team responds well to positive self-talk," coach Ginny Super said. "These girls are resilient, and they trusted themselves out there today."

At first singles, senior Janae Fouche used her strong groundstrokes and placement to capture a 6-2, 6-2 win over Sari Avila-Franklin.

"My opponent was tough because she got a lot of balls with her speed, but I kept my consistency and power," Fouche said. "We are all very aggressive and a bunch of go-getters."

At second singles, Elle Brignati defeated Laura Muia, 6-0, 6-2. The junior was named 2018 MVP for the Lady Spartans because of her handwork and leadership on and off the tennis court.

"In the last match, we had first match jitters," Brignati said. "I think the losses are important because you want to improve after them and it motivates you, which showed today."

"Last practice we all worked on closing the point and our coaches do a great job of making that specific to each player," O’Hara said. "They gave us notes on each thing we should do better, and it helped me with ending the point sooner and closing to the net."

Adding a point at number two doubles for the Lady Spartans was junior Bridget O’Toole and sophomore Ava Niggemeier, 0-6, 6-3, 10-8.

"We stayed really positive and didn’t get down on ourselves when we lost really bad in the first set," O’Toole said. "We noticed what we were doing wrong and took it into account."

"I think we both started to focus and played more of our game, making some adjustments," Niggemeier said.

Despite a loss for the Cougars, the chance to host a tennis match was very rewarding.

"This is our first year in AA and we are super excited to be back on court after the pandemic," coach Terry Leheny said. "To have these beautiful courts on this beautiful day is truly a gift."