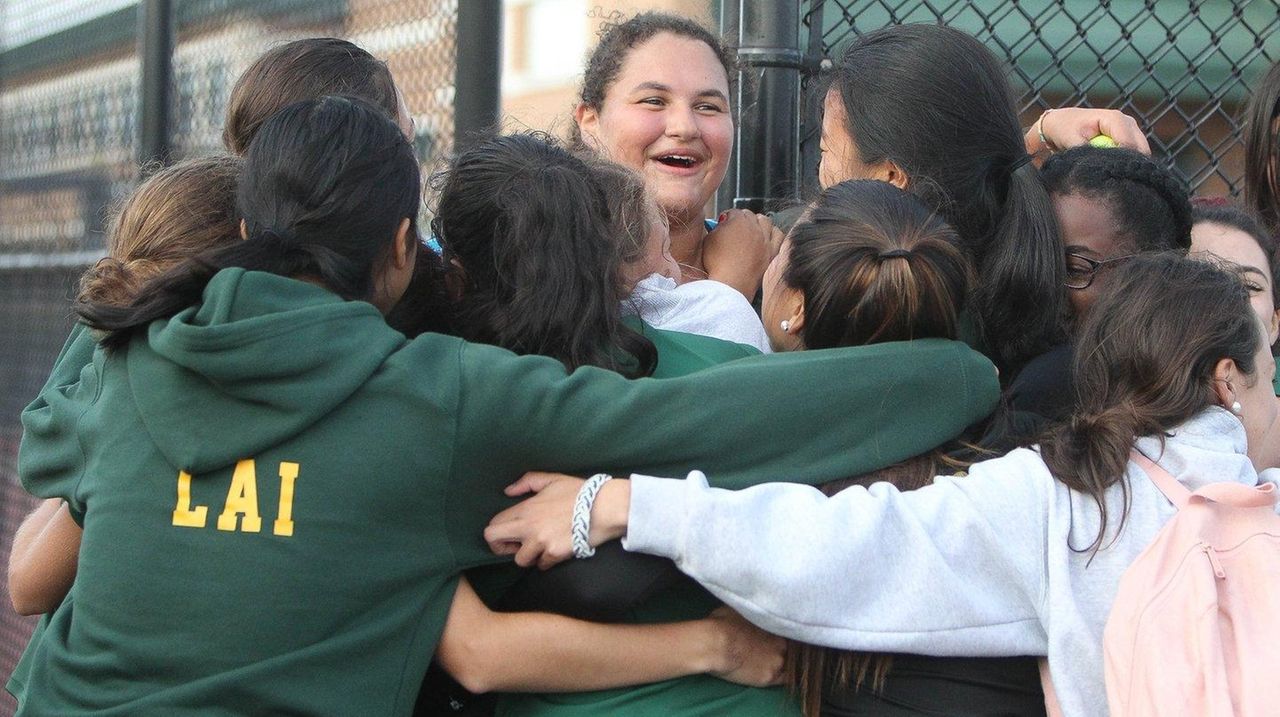 With the action over on all but one court, all eyes at Floyd High School turned to Keren Collins’ third singles match.

The season hung in the balance, but the pressure fueled a strong finish for Collins, who won, 4-6, 6-3, 6-0, to clinch No. 1 Ward Melville’s 4-3 victory over No. 2 Half Hollow Hills East in the Suffolk girls tennis team championship Monday afternoon. The Patriots (18-0) will face Port Washington on Tuesday at Hills West for the Long Island championship.

“When I figured out that I was the deciding match, I think it actually really motivated me to get it,” said Collins, whose forehand winner clinched the win against Melissa Chen. “It was probably the most intense feeling ever, knowing we were able to pull it out. We’ve always gotten really close and this year we were able to actually do it. I’m going to remember this moment forever.”

“She’s a senior and she knows this is it,” coach Erick Sussin said of Collins. “I knew she would have that mental toughness to get through it. But her opponent is also a really nice player and hit very well.”

“I knew that she was extremely athletic and she was able to move me around, so I knew that I couldn’t hit down the middle and I had to hit every corner possible,” Collins said of Chen.

Collins’ decisive victory was preceded by Ellie Berger’s and Samantha Sloan’s win at third doubles, which leveled the match at three and kept the Patriots’ title hopes alive.

“Once we split the first two sets, we found out it would be up to us and Keren,” Berger said.

“We were up in the first set, then in the second set, you could tell something wasn’t right,” Sloan said. “In the third, we really got back to communicating and worked as a team instead of two individuals.”

“That’s the best I’ve ever seen them play,” Sussin said.

“I was able to stay consistent, move her around and mix up the pace,” Lai said of her win over Alexis Huber. “This is a great feeling and I love making my team proud.”

“She’s a second-year all-state player, who just does what she has to do and quietly comes off the court with a lot of humility,” Sussin said of Lai.

The Patriots now will turn their attention to winning the Long Island title, but regardless of that outcome, Collins said this has been a season to remember: