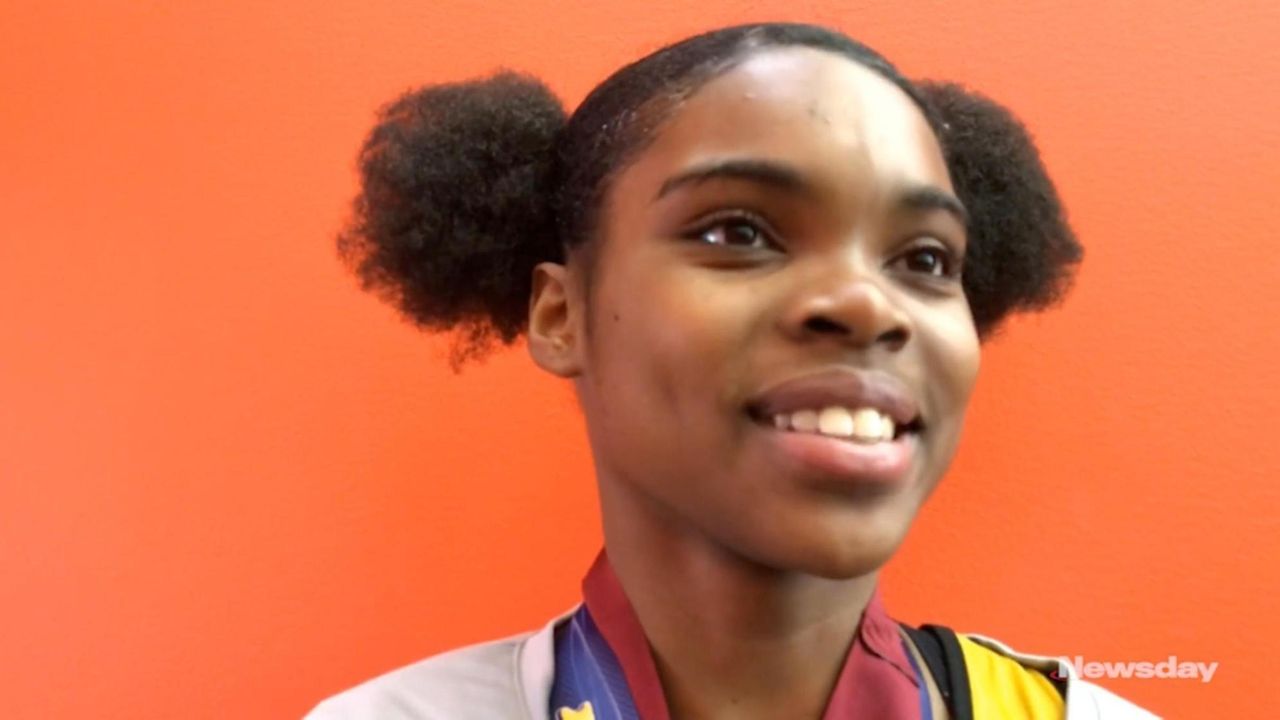 While Alissa Braxton lives in Commack, her jumping home might as well be on Staten Island. That is where Ocean Breeze Athletic Complex sits and, lately, the relatively new facility keeps holding onto Braxton’s memories. In January, the junior set the state triple jump record there and, Saturday, she won the state indoor triple jump championship at Ocean Breeze — adding to what has already been a season full of memories.

“Ever since I did the [state record] 41 feet, nine inches in January, it’s just been the place to be,” Braxton said. “It’s so nice because I get to think about that day. It brings me back.”

Braxton said that those golden memories also come with a little bit of pressure. She knows that special things have happened at Ocean Breeze and she doesn’t want to leave disappointed. But, when she puts her feet on the board, the magic of the building and the high level of her talent take over.

“My first two jumps weren’t as good as my last one,” Braxton said of Saturday’s competition. “I felt like I just wasn’t really in the zone.”

Then, Braxton asked the spectators watching her jump for a ‘power clap’ — a rhythmic clap that increases in speed as she gets closer to the pit. Power claps are a common occurrence at track meets, used to get field athletes amped up for big jumps.

“It was very hard to start it up,” Braxton said of the clap. “But once it got started, it came through…I’ve been practicing my first and second phase. My last phase was just so much better than it was in all the other jumps that I did.  I was just so much faster going down the runway.”

Braxton said that all three phases of her jump were clicking on that final offering.

“I was just getting my legs up, elongating, and using my arms. It really helps,” Braxton said.

It certainly has been a remarkable winter for Braxton, one that she’ll wrap up next weekend at New Balance Nationals at The Armory in Manhattan. In November, this kind of success was way more than she could have imagined.

“I was hoping to maybe go to states and get a medal,” Braxton said. “But never in my mind would I have thought first place.”

Long Island also had a successful day in the relays, with Huntington and Freeport both taking public school titles.

Yarbrough ran anchor and split two competitors to get to the line.

“After not making finals in the 300, I just really wanted to push for the relay to get on the podium,” Yarbrough said. “Knowing that the gap was a little big, I did my best to try and close it…I just knew I had to catch as many people as I could and leave it all on the floor.”

“I had tunnel vision on Robeson and tried my best to catch up to them,” said Conte, who ran anchor. “The other teams were right behind me, so it kept me going.”