Isaiah James had every intention of running the 600 meters the ‘right’ way. He really did. The Huntington senior saw it in his head, clear as the air on the sunny, cold January Sunday morning. He would go out a little conservative, size up the competition a bit, and then explode toward the finish line.

Maybe it was the pent-up energy from not running a school-sanctioned race in nearly a year, or maybe it was just excitement from finally getting a slice of normalcy back in his life, but when the gun went off Sunday morning, so did James. 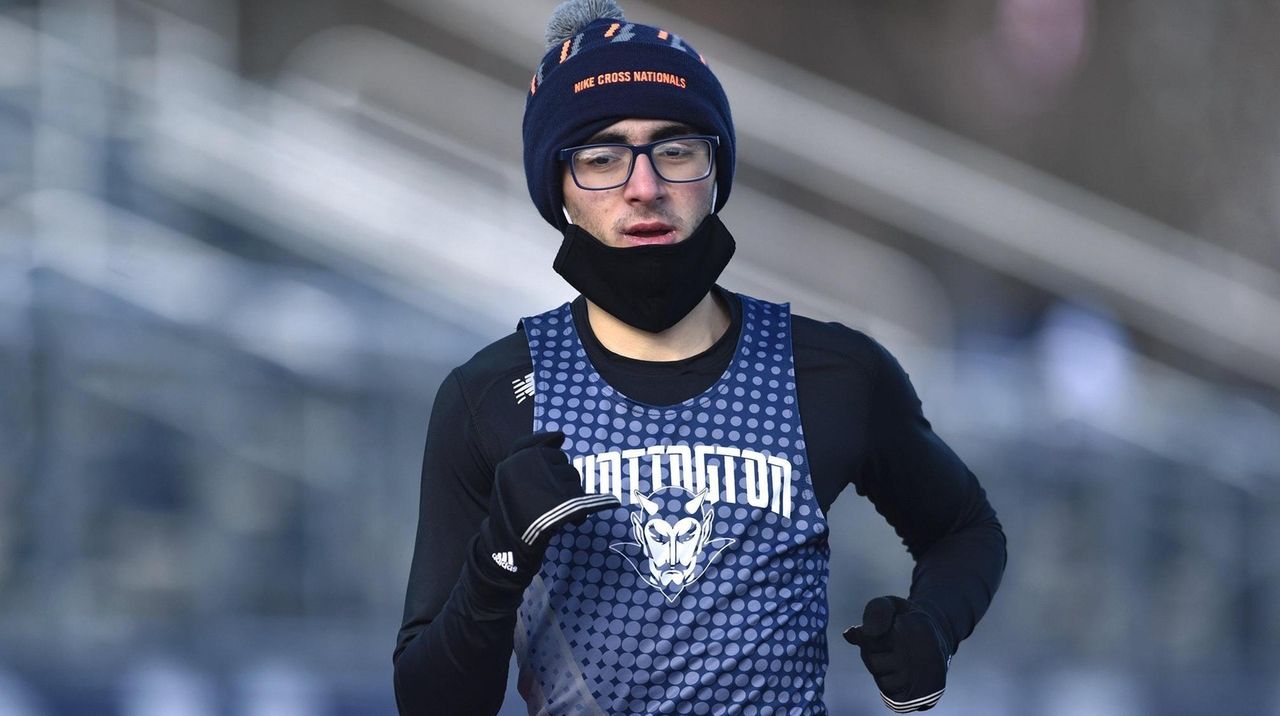 "I was planning just to sit back and strike at the end, but I just got so excited and hyped that I just powered through the whole thing," James said. "I was ready to go."

This weekend marked the opening of Suffolk’s outdoor duel meet schedule, put in as a safety measure in response to the COVID-19 pandemic. For one season, perhaps, the sweaty confines of Suffolk Community College in Brentwood and The Armory in Manhattan will be replaced by whirling winds and freezing tracks.

While the temperature could have been worse — the air hovered in the low-40’s throughout the morning — the wind was a challenge for runners who aren’t used to having to contest with it until spring.

However, McKenzie said he was surprised at how well he ran in such unfamiliar-for-the-season conditions.

"I thought I was going to have a much worse time because of the wind and the cold," he said. "But, we’ve been practicing outside, so I guess I hardened up to it a little better than I expected."

"My arm was a little bit stiff because I’m not used to throwing outside in 40-degree weather," Butts said. "It affects how I finish through."

As veterans of spring track know, uncomfortable temperatures come with the territory. All things considered, Butts said that he’s competed in colder in late March and early April.

"Sometimes it would rain and be way windier than that," Butts said of spring seasons gone by. "I’ve faced colder meets than today. I wasn’t that uncomfortable. Today seemed like a good day."