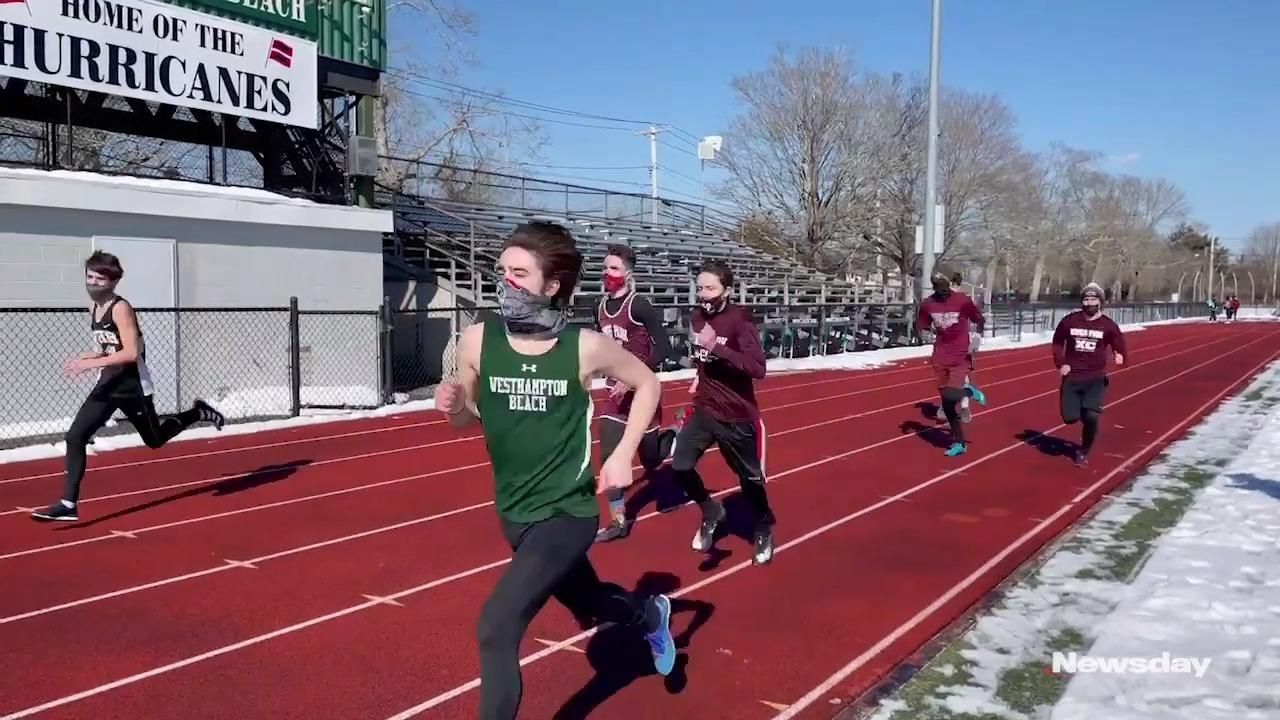 Even Max Haynia was taken aback for a moment after hearing his time.

The Westhampton sophomore ran a personal best in the 1,600-meter run (4 minutes, 43 seconds) and also came away a double-winner in a 43-35 home victory over Kings Park in a Suffolk IV boys track and field dual meet on Saturday afternoon.

The Westhampton girls team was victorious as well, 47-20.

Haynia credited one of his teammates for helping push him to new heights in the 1,600.

"It was just about getting out hard and having my teammate Trevor Hayes on my shoulder for most of the race, up until about 900 meters in. And I had to keep good form and consistent pace. Just keep the legs moving and everything else will fall in line."

Despite setting a new personal record, Haynia said he was more impressed with what his teammates did throughout the day en route to the win.

"I’m more proud of my teammates here today and what they accomplished," said Haynia. "I’m prouder of them than I am my own performance."

"In the 300 I was really trying to stride out and get ready for the two-mile," said Ehlers, who also combined with Haynia, Rudy Scala and James Buono to win the 4x400 meter relay. "It was a little tough run for time with some wind in the two-mile, but I’m still happy with the result."

Spinelli was especially thrilled with his victory, considering it was only the second time he ever competed in the 600.

"It just feels good to get a win," Spinelli said. "I usually do long distance and I just wanted to try some short distance. I’m proud of myself and I’ll just keep working hard and hope that I can do this again and again."