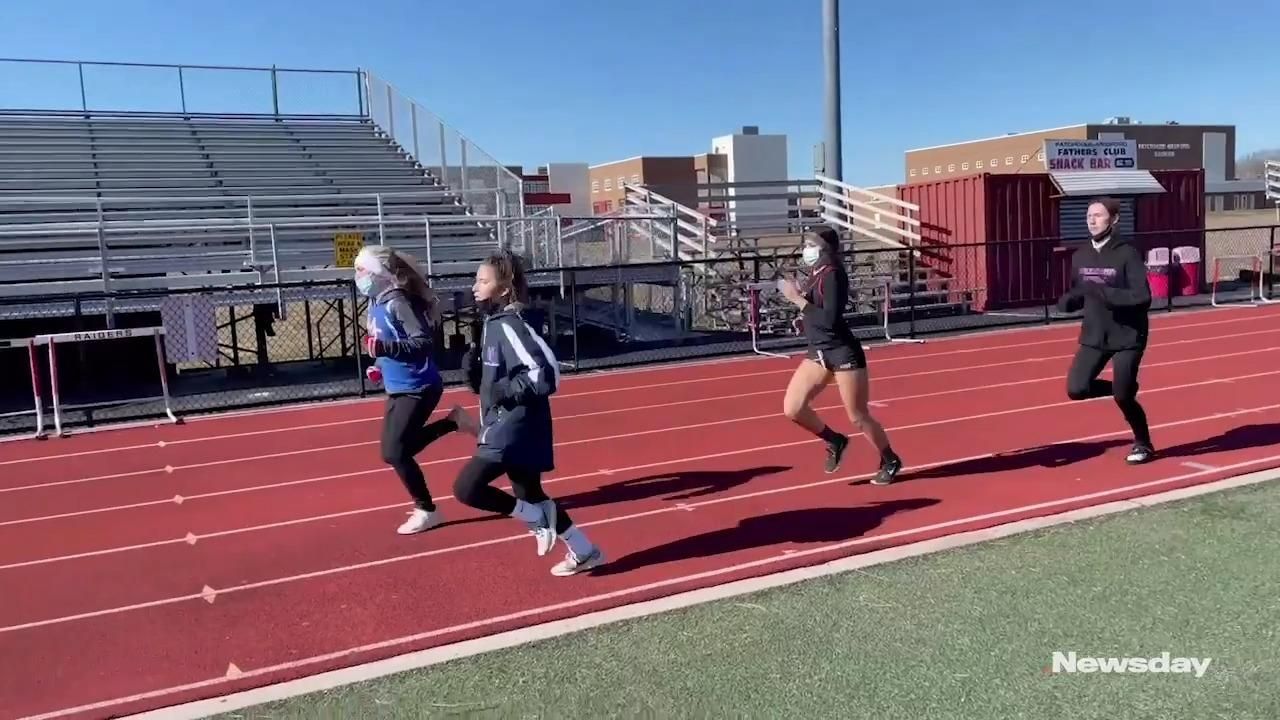 Annelise Beauchamp not only embraced the series of all-new challenges thrown her way on Saturday afternoon, she owned them.

The combination of frigid temperatures and strong winds, while simultaneously transitioning from the 400-meter run to the 600, were no match for Beauchamp, who won in 1 minute, 59 seconds to help lift host Patchogue-Medford over Middle Country, 67-60, in a girls track and field dual meet.

Beauchamp noted what she believed to be the biggest difference between running the 400, her typical race, and the 600 for the very first time.

"I had a little bit of extra energy to make the push at the end," said Beauchamp, who won by a considerable margin. "In the 400 it’s really different because you have to keep pushing the whole time. The 600 was a little bit more mellow and gave way for a little more push at the end."

As the weather on the 22-degree day began to intensify even further with wind gusts beginning to pick up, Beauchamp joked that there were moments during the race where she simply considered calling it a day.

"It really hit me on certain parts of the track, and I was like, ‘I could really just stop right here,’" Beauchamp said. "Like that would be fine with me…I felt like I was moving but the wind was really slowing me down, but it could’ve been a lot worse if it had been the whole track getting hit with that wind."

Lindsey Piquette also put together an impressive performance for Pat-Med, breaking away from the pack to win the 1000 in 3:41.

"It was just about getting out to a good start and not slowing down," Piquette said.

Due to the difficult conditions, extra preparation was crucial for both Piquette and her teammates.

"It was really hard, but we just had to come out here earlier than normal and just warm up and make sure we wouldn’t get hurt during the races," Piquette said.