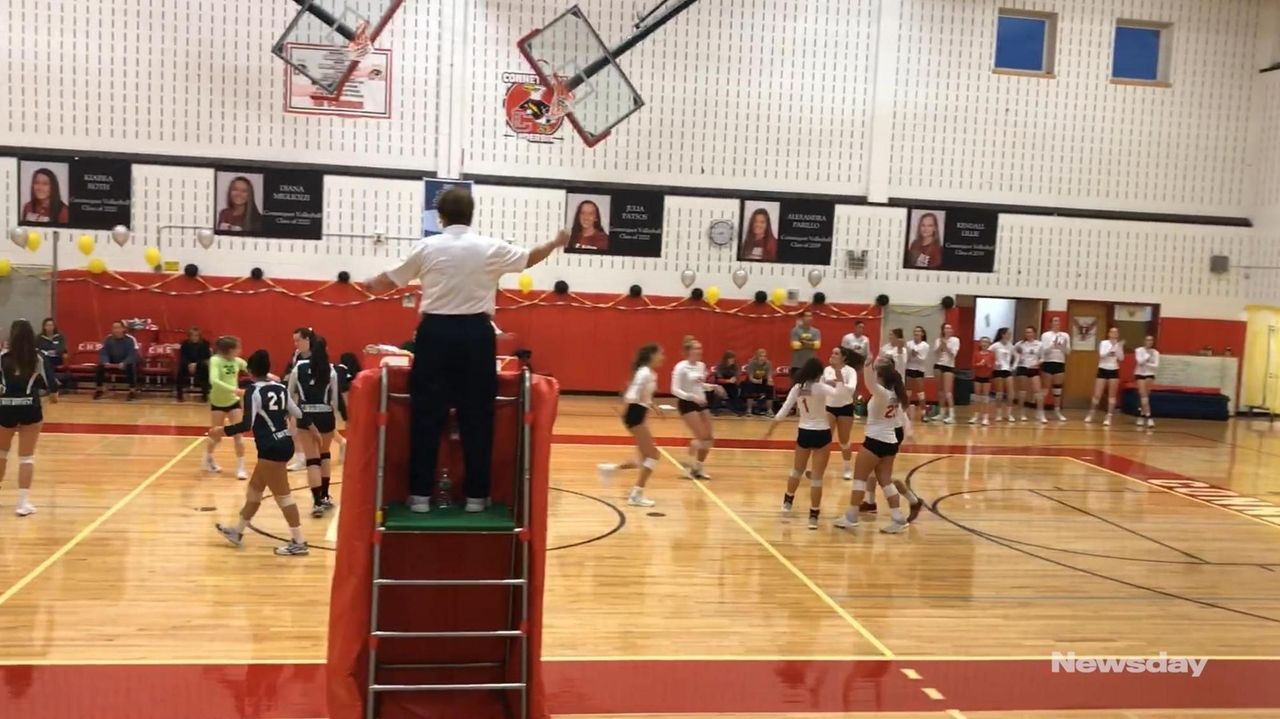 It’s been a bumpy road for the Connetquot girls volleyball team, but if a 9-2 record in Suffolk League II is considered “bumpy,” then the Thunderbirds will gladly take it.

Coming off a loss to Northport – the second time the T-Birds have lost to the Tigers this season – Connetquot responded with a 25-13, 25-11, 25-22 win over visiting Lindenhurst on Monday night.

So, the loss stung. But Kiarra Roth, who was a dominant force at the net against Lindenhurst (2-9), has used those losses as motivation.

“I honestly feel like we’re going to come back hungrier,” she said.

After going through several iterations of the starting lineup, Hertz said he tightened up his rotation “about three weeks ago.”

It involved moving Julia Patsos from libero to outside hitter, where she’s thrived as one of the team’s mightiest swingers. Diana Migliozzi, who started the season as a setter but moved outside, is now back setting.

Eighth-grader Lauren Konzen and freshman Karly Colletti are learning the varsity game on the fly making big contributions as back-row defenders. Laurel Edwards, Ryann Grable, Stephanie Paye and Gabriella Carera, among others, get in on the action, too.

“Yes, the losses stung them, and they definitely don’t have a good taste in their mouths after a loss, but they definitely still have their eyes in the right direction,” Hertz said.

They want to follow in the footsteps of past teams and win a county championship … and then some.