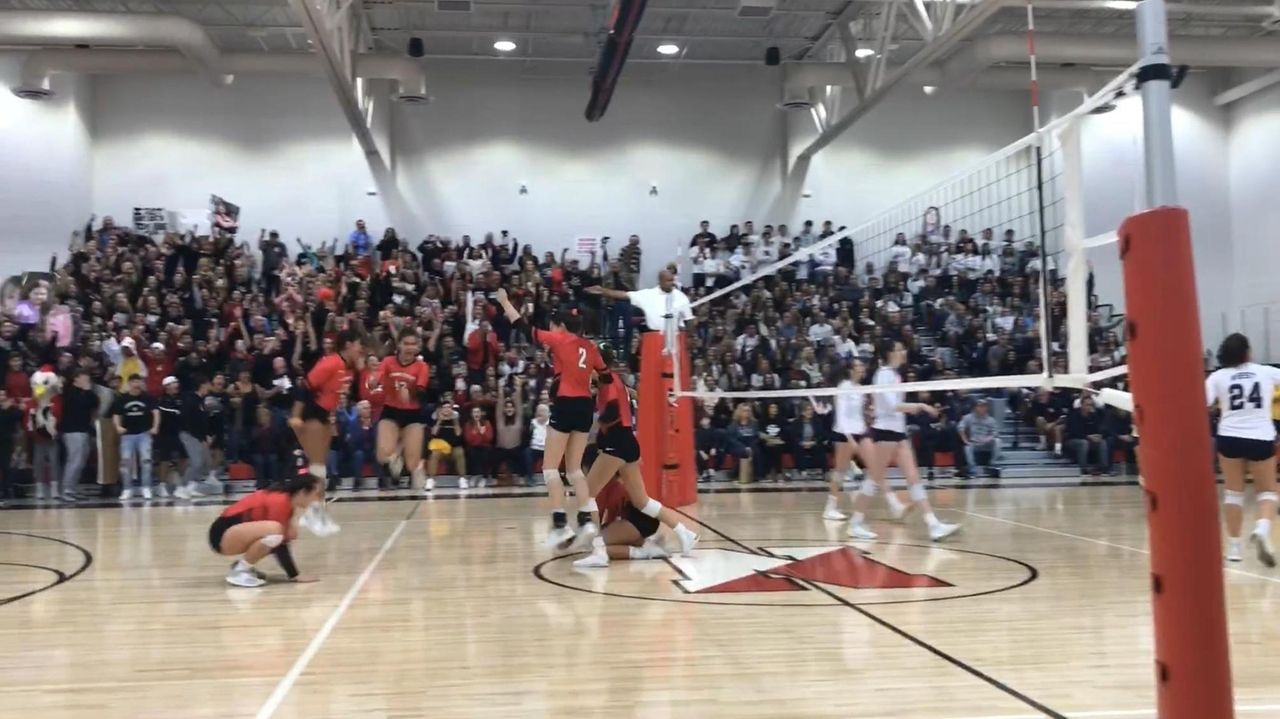 Kiarra Roth felt the ball hit her hand and knew exactly what was going to happen.

The Connetquot senior connected on the match-clinching point, leading the top-seeded Thunderbirds to a 3-0 victory (25-12, 25-17, 25-19) over No. 3 Smithtown West in the Suffolk Class AA girls volleyball championship at Newfield High School on Monday.

It’s the Thunderbirds’ fifth title in the last six seasons.

“We were so hungry this season,” said Roth, an outside hitter who finished with 15 kills. “We wanted it, we took it and we did everything we could to get it.”

Connetquot (18-1) weathered some early third-set rushes from Smithtown West, climbing out of a 6-2 hole and then giving up a three-point cushion, but the Thunderbirds were never worried. After the Bulls (18-3) tied the score at 12, Connetquot responded with two straight points, taking back the lead and settling into a rhythm down the stretch.

"We had spoken about it the last couple of days, how I wanted us to be practicing our internal dialogue,” coach Justin Hertz said. “When something goes awry, we’re not going to panic, we’re going to stay the course until we find our flow to the game. We did that.”

The Thunderbirds stretched the lead to 21-16, effectively setting the Bulls back on their heels. Hertz credited Connetquot’s strong play at the net for helping wrap up the victory, led by junior Kylie Wixted’s 12 blocks.

“We definitely brought our A game,” Hertz said. “They were walls [at the net]. That’s something we’ve had success with, but not something I’d say we dominated. Today, we really blocked it very, very well.”

Wixted added that she was “looking to see who [Smithtown West was] setting, went up for the ball and hoped for the best.”

“Once we all started getting all hype, the energy went up and we started going as a team,” Wixted said. “We were a unit today.”

Now, the Thunderbirds turn their attention to the next title opportunity, taking on the winner of Massapequa and Syosset in Saturday’s Long Island championship at 10 a.m. at Hauppauge High School.

“We have to play hard, never take the other team for granted, and know every point matters,” Roth said. “We’ve just got to work harder and harder until we’re done.”