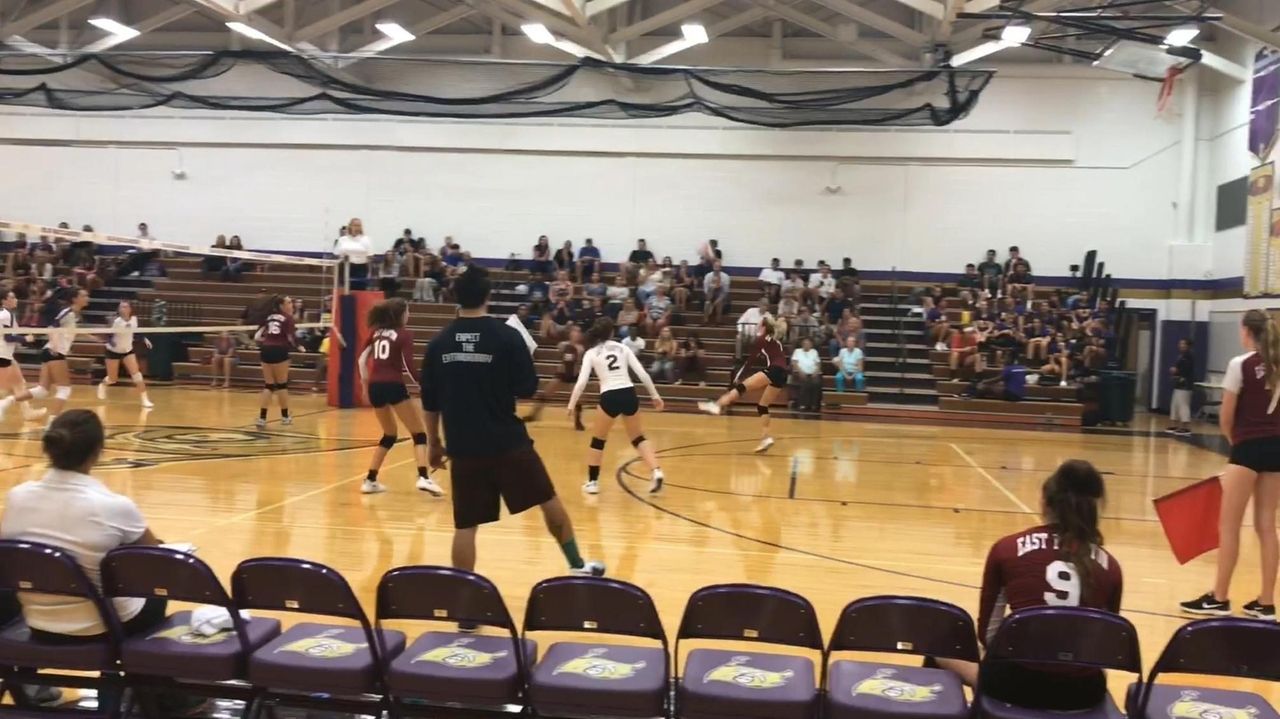 Coming from behind seemed to be a trend on Wednesday night.

The East Hampton and Islip girls volleyball teams traded come-from-behind victories in the first four sets of a non-league game at Islip, but it was the Bonackers who came out with the integral win in the final set.

“It was like a roller coaster of emotions, really,” Junemann said. “I think timeouts, coach telling us what to do, really helped us come back.”

A new postgame project from me after GVB games: 3 Keys in 30 Seconds (Or Thereabouts).

Determined to not let Islip win two straight sets to clinch the match, East Hampton came out firing in the fifth set. Amanda Krahe’s kill from the middle put the Bonackers ahead 11-6, then two errors put Islip in a 13-6 hole as the sides switched.

First-year coach Alex Choi — who took over for Kathy McGeehan after she retired after 39 years at East Hampton — then watched as his team let Islip (1-2) take an 18-16 lead. Again, the Bonackers pushed back. Zoe Leach served two aces in a key stretch at the end of the set, powering East Hampton to a tough win in a humid gymnasium.

“We need that bump, set, spike,” Junemann said, crediting the defense. “Without [the bump], there’s no offense.”

East Hampton started slowly, falling behind 10-3 before earning a 25-23 win in the opening set. After earning serve back at 10-4, Sorrel Miller served six straight points, tying the score at 10 and giving East Hampton the momentum.

Islip recovered in the second set. The Buccaneers trailed 21-20 late in the set after surrendering a 20-18 lead. Haley Bergen assisted Hannah LePage, tying the set at 21. Islip scored three more points before later taking the set, 25-23.

That was hardly the end of the back-and-forth.

Feeding off the constant energy of first-year coach Kimberly Waldvogel, Islip tied the match at 2 to force a fifth set behind Madison Gremli’s four kills. The Buccaneers trailed 12-8 but tied the set at 12 as Emily Vitale helped them recover at the service line. LePage’s block followed by Karah Mullins’ kill put Islip ahead 24-21 before a 25-22 win.

Islip just didn't have enough at the end to overtake the Bonackers. Even after slow starts, East Hampton kept pushing.