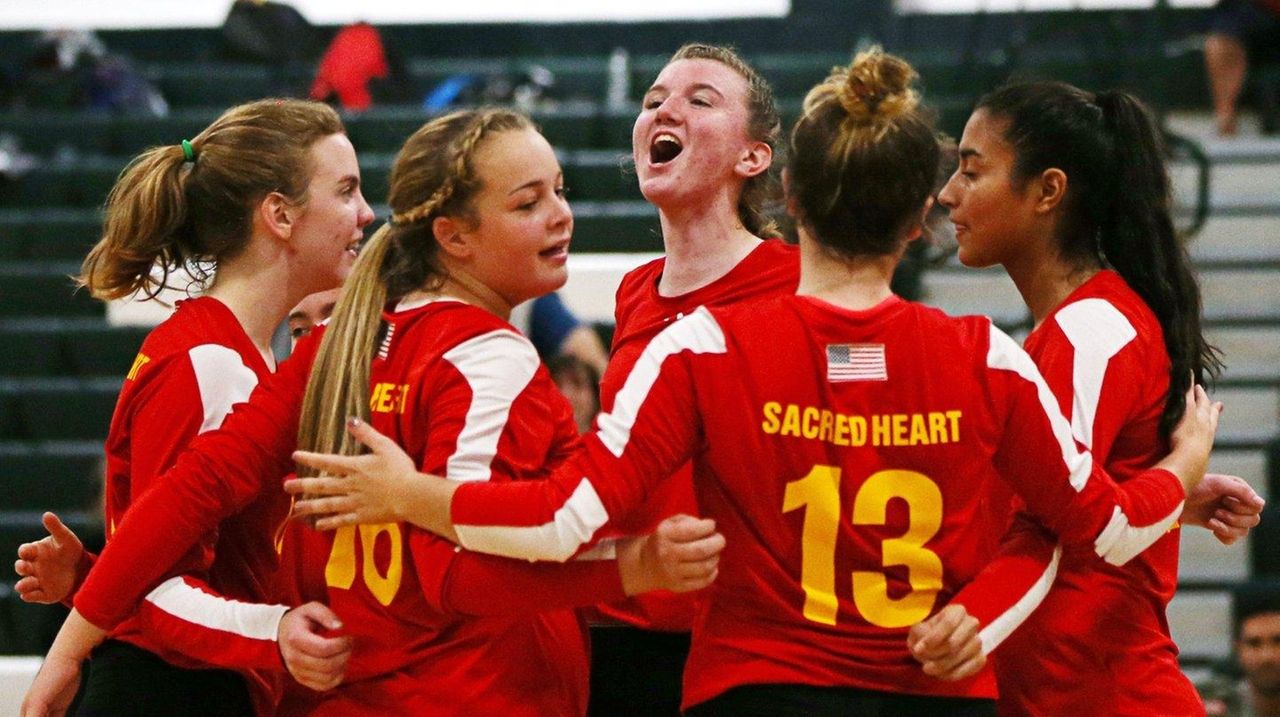 No, this wasn’t an early Halloween costume.

Barry was named the Spartan of the Game by coach Emily Butler, just one of the many quirks that exemplify how the Spartans have injected a lively energy into a team that finished with a sub-.500 record last season.

“Ms. Butler started it this year, and I think it motivates all of us to play better,” Barry said. “You know that if you get it, you brought up the team and everybody looks up to you as a leader.”

Now 10-1 after a 10-game winning streak, Sacred Heart can be dominant when its boundless energy is on display. But when it isn’t, the growing pains of a team with only three seniors can show.

The second set is a case in point. Sacred Heart led 18-12 until Holy Trinity stormed back with a 6-0 run, tying the score at 18. A few balls dropped between players, and the Spartans struggled to find a rhythm.

Carly Mirante’s kill ended the run and lifted the spirits of her teammates, and from that point forward, Sacred Heart outscored the Titans 32-12.

“I think we tried to bring our energy up a little bit, tried to be smarter with the ball, and we learned what was working from the previous times,” said Olivia DeJesus, who had 10 kills and three blocks.

Setter Riley Leimbach spread out 25 assists to seven hitters but said Barry and DeJesus were her primary weapons against Holy Trinity (4-5).

“They’re so adaptive,” she said. “They can adapt to so many different sets that it’s so easy to set them.”

“It’s so exciting because even some of the sophomores are doing so well,” DeJesus said. “It’s really fun to see that. Even though we have senior leadership, I think that all of us really help each other out.”

That boost from any player on the court has allowed Sacred Heart to grow into one of the CHSAA’s top teams this season.

Said Leimbach: “When the energy is up, we all know that we’re here to stay.”