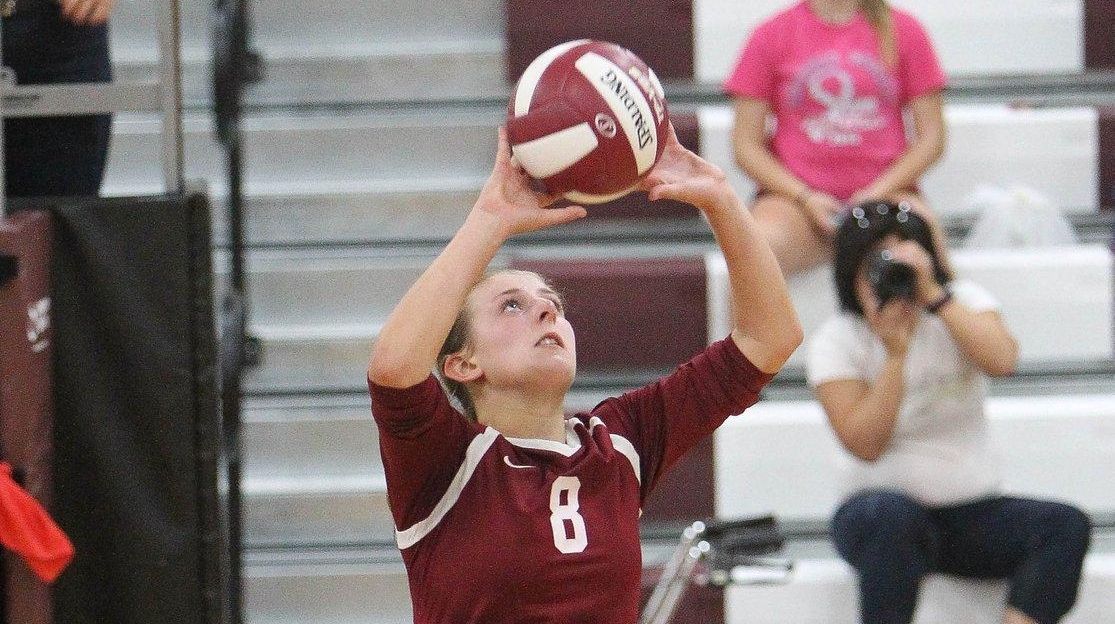 The Kings Park girls volleyball team faced its toughest opponent of the season in Sayville, which entered play Friday as Long Island’s only other undefeated team in Class A, but Erika Benson’s 15 kills, Haley Holmes’ 38 assists and Meagan Murphy’s 16 digs led the host Kingsmen to a 25-17, 25-12, 25-23 win in non-league.

“As every game goes on, we get a little stronger and we learn something new,” Benson said. “We’ve just been using that to our advantage.”

After six straight trips to the state semifinals and the program’s first state runner-up finish last season, the Kingsmen don’t easily fluster. They graduated just one player last year, returning nearly the entirety of its core for another run at a state title.

There’s still work to be done, but Kings Park’s composure bested the upstart Golden Flashes in the potential playoff preview.

Sayville (11-1) led 10-8 in the first set, but when Holmes stepped to the service line, Kings Park turned the corner. She served 12 straight points, giving Kings Park a 19-10 lead. One of Benson’s kills finished the set.

Benson started last season, but the middle hitter showed significant improvement from a year ago. Improved velocity because of a better-timed swing made Benson nearly unblockable, and Holmes knew to look for her often.

She’s the first one, but not the only one. There wasn’t a better example of that than in the third set, when Holmes set Benson, Kara Haase (seven kills) and Liv Benard (three) on three consecutive points.

Sam Schultz (seven kills) and Lexi Petraitis (five) also provided offense when called upon, and Murphy was exceptional on the back line, saving points and making accurate first passes.

“We don’t want to be one dimensional,” coach Ed Manly said.

Holmes needed to use all her weapons when outside hitter Melanie O’Hoppe and setter Madison Mergl teamed up to keep Sayville close in the third set. Five different Kings Park hitters got kills in the set, with Petraitis’ hit representing the final point.

And with their sights set on another playoff run, Kings Park’s abundance of firepower could bode well for them moving forward.

“We take every game at a time, but we always think about playoffs, and we know what our goal is throughout the season,” Holmes said.

Because this time of the year, winning is a constant in Kings Park.