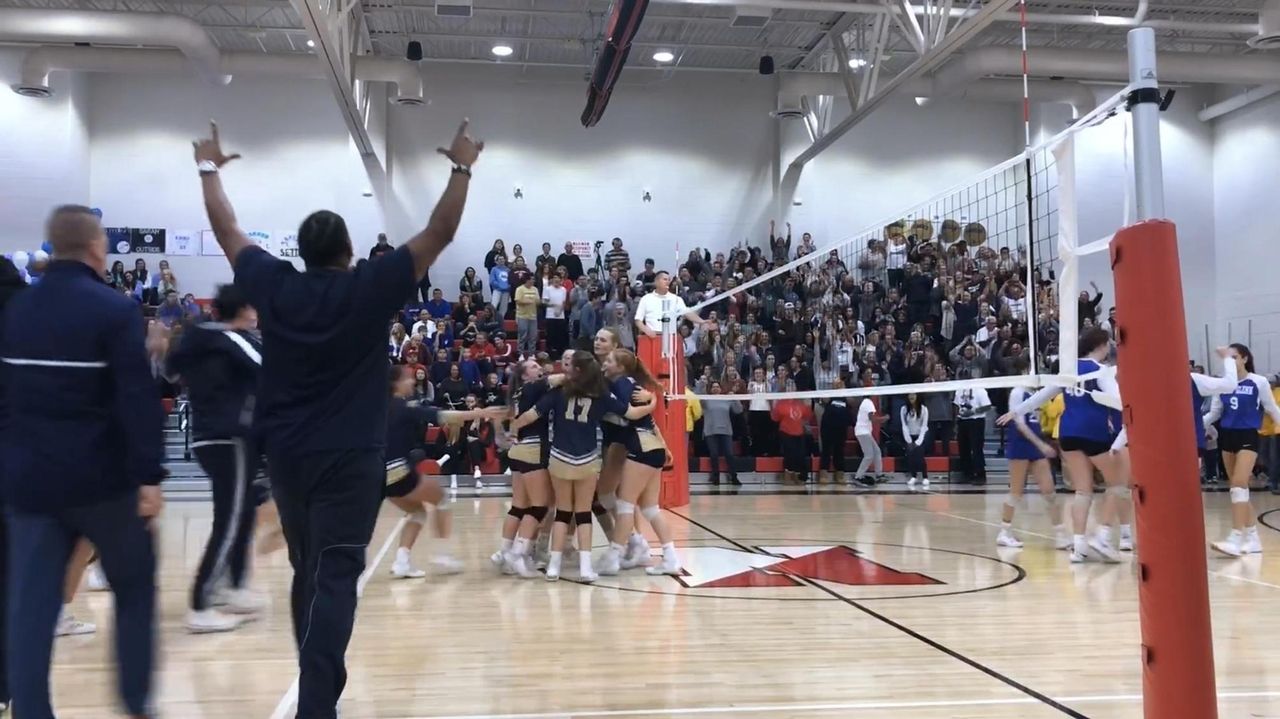 After dropping the third set to top-seeded Glenn in Monday’s Suffolk Class B championship at Newfield High School, the No. 2 Phantoms were simply focused on the next opportunity, looking to bounce back in the fourth. That’s exactly what they did, using a pair of point-scoring spurts to capture a 3-1 victory (25-20, 25-16, 22-25, 25-14) and their second straight county title.

“There was not a single doubt in anyone’s mind that we were going to win,” said senior Elizabeth Auwaerter. “All we thought was that the fourth set was coming up and we were going to get it. We’ve been practicing so long for a moment like this.”

The teams exchanged points early in the fourth, but after Glenn jumped out to a 7-5 lead, Bayport-Blue Point (8-2) recorded the next five points. Senior Sage Renneisen’s kill capped the rally, and coach Toni Mulgrave credited the Phantoms for their ability to set each other up throughout the set.

“They were able to put the ball wherever we want because everyone on the front line is ready,” Mulgrave said. “It doesn’t matter where the ball goes, they’re ready to swing.”

Glenn (12-1), which wrapped up the third set on a five-point run, did its best to rally, but Bayport-Blue Point answered every push with one of its own. The Phantoms made it 22-11 with six straight points, highlighted by strong play at the net and senior Anna Giunta, who recorded an ace during the run.

“I tell the girls in practice, you never know when it’ll be your turn,” Mulgrave said. “The girls have been keeping the ball and giving our hitters a chance to hit. We just trust in that and we’re confident in that.”

Auwaerter added that she was impressed with the Phantoms’ play throughout the fourth set, saying: “I felt like it was getting faster and you either had to rise up to the game or get left in the dust. Everyone rose to the occasion.”

Sophomore Andi Swedborg connected on the match-clinching point, an emphatic kill and one, last response to Glenn after the Knights recorded back-to-back points late in the set.

“We had to keep playing,” Swedborg said. “We have a saying: one band, one sound. So, we all work together and play together.”

Bayport-Blue Point advances to Saturday’s Long Island championship at Hauppauge High School at 12:30 p.m., taking on the winner of Seaford and Wheatley.

“It’s the next stop on the bus,” Auwaerter said. “We get that win and then we go up to states.”