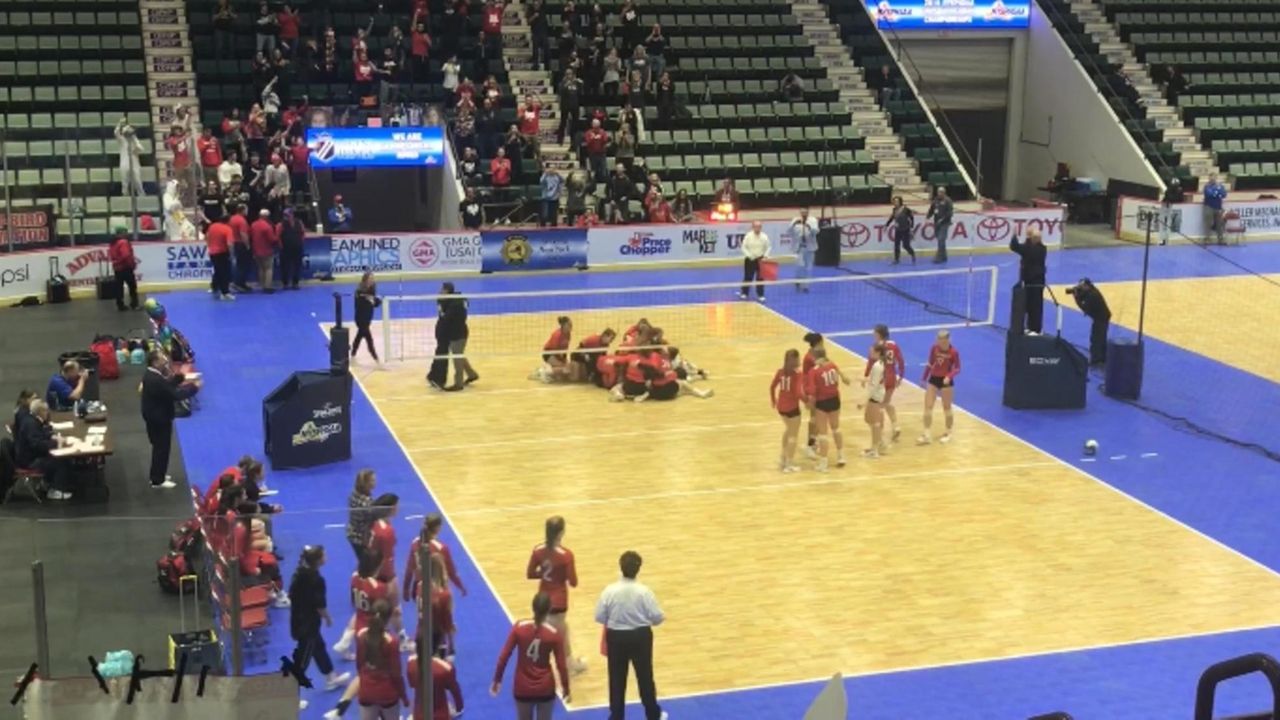 The Connetquot senior setter went through her usual motions, as confident as ever before she tossed the ball up and hit it over the net. It never came back.

Migliozzi connected on the match-clinching ace as the Thunderbirds defeated Baldwinsville, 25-12, 25-18, 25-16, at Cool Insuring Arena, capturing the program’s third title in the last five seasons.

“There were no nerves,” said Migliozzi, who was also named tournament MVP. “I knew my team had me no matter what, we all had each other’s backs. It’s an absolutely unreal feeling.”

Migliozzi’s ace capped a dominant Connetquot performance across the court.

The Thunderbirds (21-1) took a 9-1 lead in the first set after an 8-point scoring streak. Senior libero Julia Patsos and junior middle blocker Katherine Hickey led the charge, combining for six points, as Connetquot settled into its attack-focused game.

“Getting those early leads, it helped us feel relaxed and composed,” said Patsos. “We were able to play loose and give it our all on the court.”

Connetquot looked to grab another quick lead in the second, but Baldwinsville wouldn’t go down quietly. The Bees rallied with a scoring spurt of their own to tie it at 11 before Migliozzi made a play at the net, a quick dump-in that dropped just out of reach of Baldwinsville.

“I was waiting for (Migliozzi) to do that,” senior outside hitter Kiarra Roth said. “I knew she was coming with it.”

Coach Justin Hertz lauded the team for its ability to stay focused when things got tight, adding that the Thunderbirds “took care of business.”

“No matter how you slice it, playing on this floor for a state championship is a whole lot of pressure,” Hertz said. “We had to respond by not getting rattled, we just had to play like it was a regular game. That’s what we did.”

“Once we have even the slightest lead, it’s like a breath of fresh air,” Migliozzi said. “There was no one on this team who wasn’t ready. They were there and looking to keep hitting.”

Although Connetquot’s offense continued to push down the stretch, taking a 7-1 lead early in the third, the Thunderbirds defense also held strong, keeping Baldwinsville’s hitters from finding a rhythm.

The Bees never scored more than three straight points in the third set and although they cut Connetquot’s lead to four on four different occasions, they didn’t get any closer.

“They were like a brick wall,” Roth said of Connetquot’s defense. “That’s what worked, one-thousand percent. Without them, we wouldn’t have been able to attack. They laid the groundwork and set the tone of the game.”

Hertz called Connetquot’s play in the championship an “A-plus,” while both Patsos and Migliozzi said the team focused on playing together throughout its run to a state crown. As soon as that crown was captured, the entire team celebrated together, erupting into cheers and hugs, proud of everything they accomplished this season.

“We were all hungry for every point and ready for every ball,” Patsos said. “Our team really complements each other, and being able to have this opportunity and win this together, it’s unreal.”