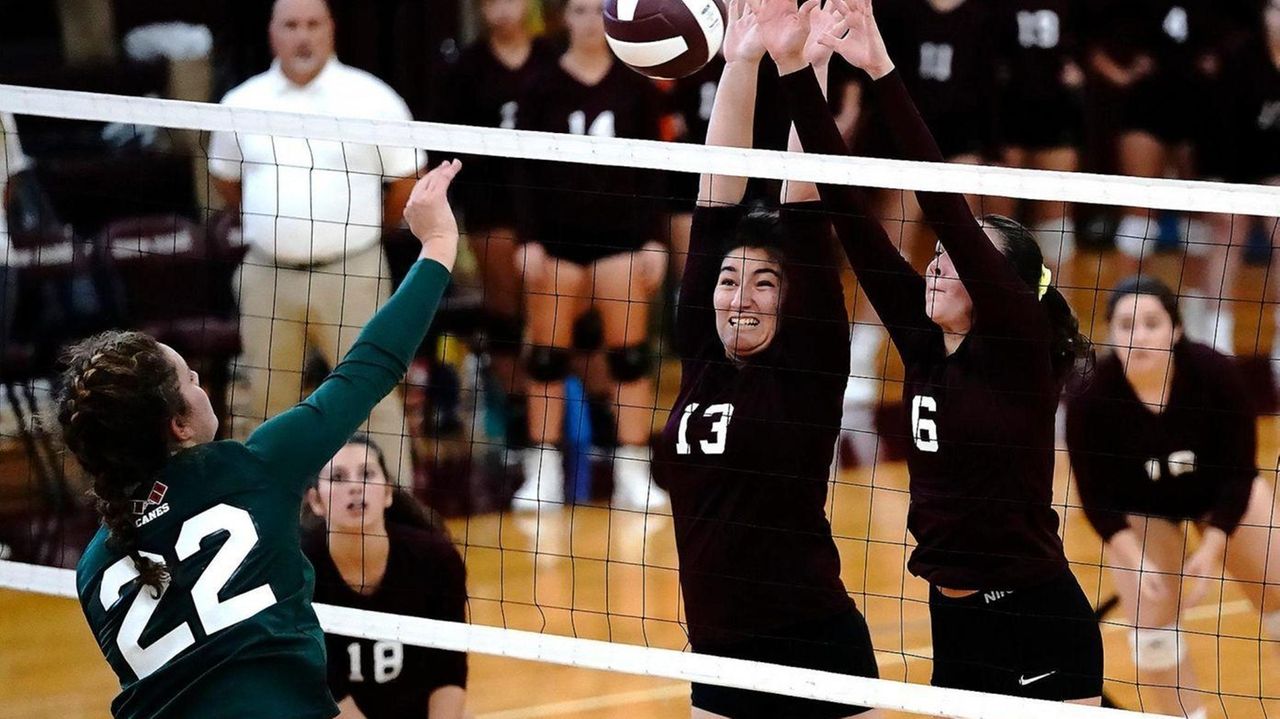 Based on the messy beginning to Friday night’s Suffolk League VI girls volleyball game, host Kings Park appeared to be at a disadvantage.

The defending Suffolk Class A champion struggled in all areas. Westhampton took control and built a sizable lead as Kings Park continued to miss the mark.

Outside hitter Delaney Miller said Kings Park had to take a step back and reevaluate, and after that happened, everything came together. The Kingsmen battled back to defeat the Westhampton, 25-21, 25-23, 25-18, improving to 3-0 in league.

“When we started getting down, we went back to our roots and we said, ‘We are a good team. We play together. We play as one,’ ” Miller said. “So, that really motivated us and brought everybody together.”

But after a net violation gave Kings Park the serve trailing 18-10, the Kingsmen rolled to score 15 of the final 18 points to take the first set. Benard served three consecutive aces during the stretch, and Jackie Wolf chipped in three kills.

Donneson’s kill put Westhampton ahead 20-18 in the second set, but Wolf started another late rally with a powerful swing on the next play. That started a 7-3 burst to finish the set and put Kings Park ahead 2-0. With the momentum seized, the Kingsmen cruised through the third set.

“It’s not just one player that takes the team,” said Benard, referencing the multitude of hitting options and enviable depth of the team. “We don’t just win based off of one player. It’s all of us.”

Benard, who fractured her left ankle last fall and missed her team’s run to a county championship, said she’s playing with a chip on her shoulder. With her back in the mix, Kings Park looks to be favored again in a tough Suffolk Class A that includes contenders in Westhampton and Sayville, among others.

“I’m very motivated,” Benard said. “Being out for that long, it killed me inside. The fact that I’m finally able to be back after being out for so long, I just have so much adrenaline.”