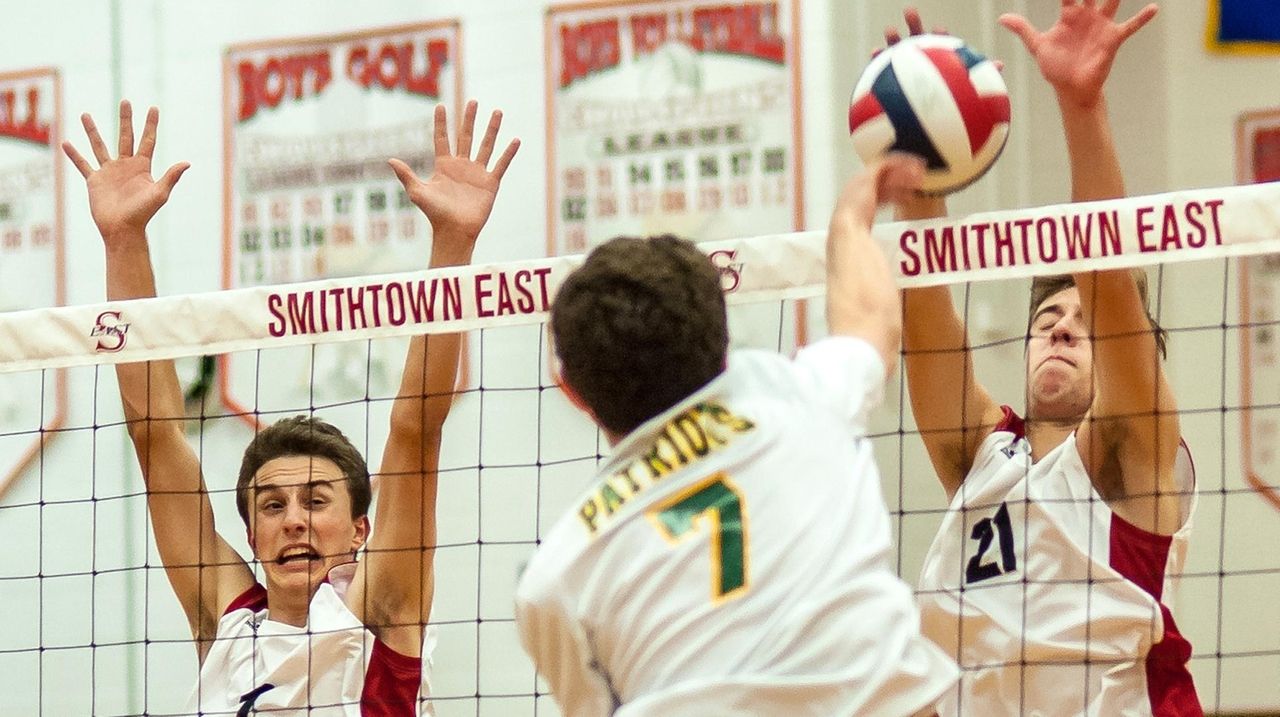 The Smithtown East boys volleyball team blocked out the letdown it endured in the opening set of Friday’s Suffolk I match against Ward Melville by blocking seemingly every ball that threatened to come over the net.

“Oh, it was fantastic, especially coming off a tough loss to Sachem North when we didn’t have much blocking,” said Shaffer, a senior who added 16 assists, 15 kills and three aces. “I definitely thought we brought it to the table today.”

Sachem North swept Smithtown East on Oct. 12 and since then, the Bulls have made a conscious effort to improve their defense.

Every time a Ward Melville player swung, Smithtown East blockers rushed quickly to the hitter, throwing hands up at the net. On top of the big block number, several balls were tipped.

“It was great in the beginning of the season, then toward the middle we faltered,” coach Ray Preston said of the blocking. “The last couple days, we’ve been working on our blocking in practice, and today it picked up.”

Ian Winkler had five blocks, Matt Wertheim had four, Mason Lambrix had three, Michael Makowski had two and Dan Murphy and Michael Storms each had one.

Murphy was also an offensive weapon, racking up 14 kills. He recorded the match-clinching kill off an assist from Shaffer, wrapping up the win to improve to 9-1. He said he was happy with how the Bulls bounced back from the opening set.

“We kind of let up, and the next set we came out strong, didn’t let up at all and hit the gas,” he said.

Yet the Bulls still managed to do so in their come-from-behind win.