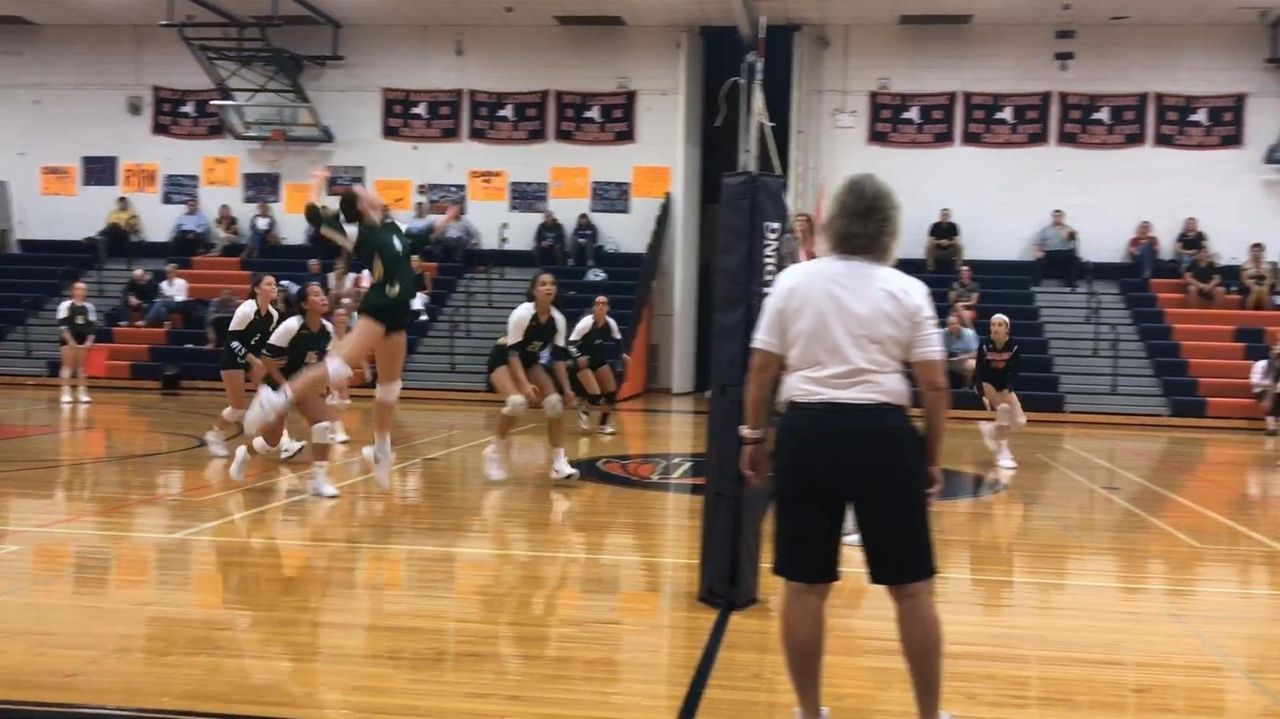 Ami Carey considers herself a perfectionist, and her teammates on the Lynbrook girls volleyball team certainly appreciate it.

“Ami’s a really good team player,” outside hitter Kate Foley said. “She always asks people what they want, setting-wise. She always thinks it’s her fault if you don’t get the kill, and she always makes sure you get the perfect set.”

There were more than enough stellar sets Thursday night against host Manhasset in a Nassau Conference A-I matchup, as Carey’s 26 assists and 11 digs helped pace the Owls to a 25-20, 25-20, 25-17 win.

Foley had 10 kills and 14 digs, Christina Franco had eight kills and nine digs, Natalie Rosiak had five kills and Kayleigh Stalter had three kills and three aces. Defensively, Sara Bahri was a nuisance at the net, and libero Felicia Guglielmo was steady on the back line.

“We really clicked today,” Carey said. “The passes were good, the hits were strong and we were placing it nicely.”

Lynbrook (2-0), last fall's runner-up in Nassau Class A, returns all six starters from last year’s squad and has played like it thus far. With Carey setting the table, Lynbrook’s offense has taken strides. Defensively, the Owls are still the same scrappy team that forces other teams into mistakes.

Foley said that familiarity has helped the defense stay strong.

“It definitely puts some more trust in the team,” she said. “We trust each other to get to balls and there’s not much second-guessing.”

After never trailing in the first set, Lynbrook traded points with Manhasset (0-2) for much of the next set. Hanna Mildt, Ryan Tracy and Emily Sontag kept the Indians within striking distance until consecutive kills from Foley and Bahri gave Lynbrook some breathing room at 22-19.

The third set was all Lynbrook. After Isabelle Gaudet’s ace split the back row for a 19-11 lead, Lynbrook kept pushing to lock up its second win of the young season. The Owls are certainly motivated.

“I think now that we’ve been to counties, we know that we can make it there,” Carey said. “So we’re excited to push ourselves even harder to get past counties…maybe further.”

A balanced roster puts Lynbrook in the conversation for one of the top teams in Nassau, but so much of what the team does runs through Carey. She and Foley have a particularly crucial connection.

“I like quick sets, just above the net, and she’s really good at putting them there,” Foley said.

That came from hours upon hours of work in the gym, but also from Carey’s steadfast mindset about being her best.

Said Carey: “I just want to always be my greatest, always try to top myself.”