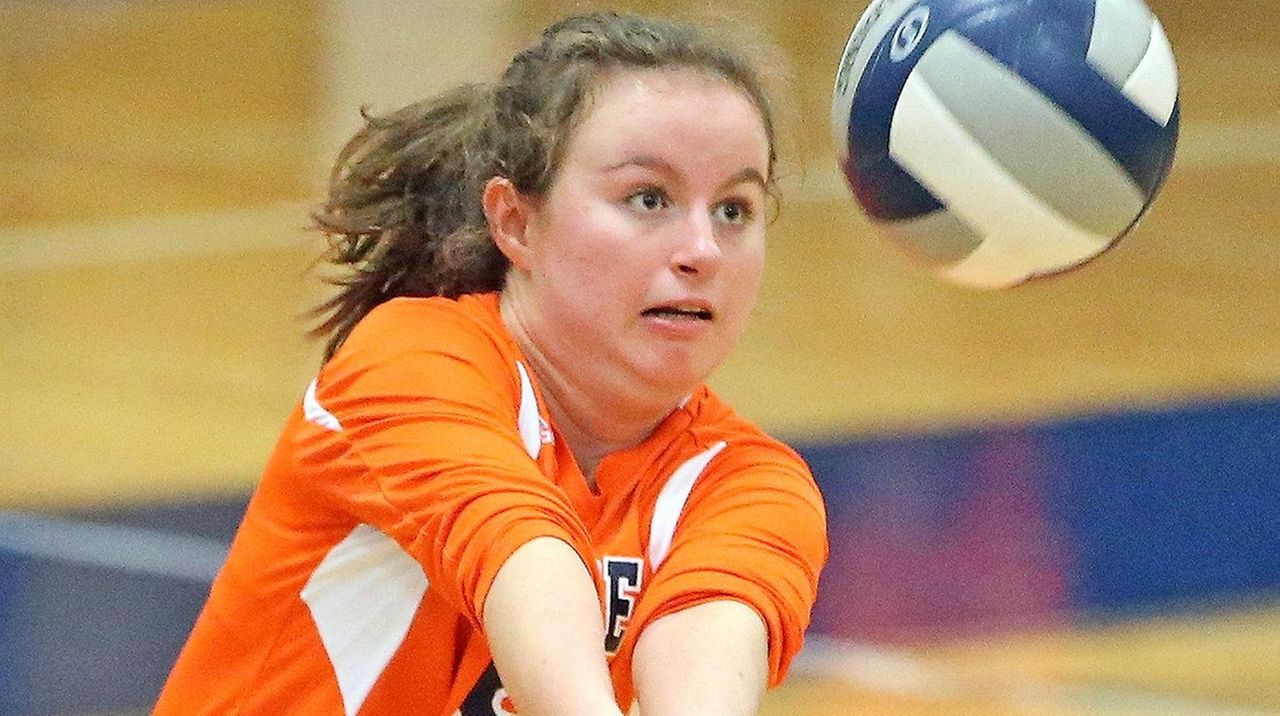 Previous Manhasset teams might have folded under the pressure of a deciding fifth set against a conference opponent. But not this one.

In a back-and-forth thriller, Caroline D. Kelly fell to the court with both arms raised high after the final point hit the hardwood. Her 32 digs, each more difficult than the last, fueled the Indians to a 21-25, 25-22, 25-17, 23-25, 27-25 win over Garden City in a Nassau A-I girls volleyball match Monday on senior night.

“It’s really a definition of what Manhasset volleyball has turned into,” she said. “We’ve never really been a No. 1 seed, not at least since I’ve been here. I think it’s really important to realize that we are on top and that we have a target on our backs.”

The win moved Manhasset to 9-2, ahead of South Side, which fell to 9-3 with a loss to Wantagh. Last year, Manhasset finished 8-9. The Indians were 3-13 the year before that.

With Manhasset down 8-1 in the fifth set, coach Kerrin Beovich called a timeout, and the Indians tallied eight of the next nine points. Jackie Mitaritonna (seven kills, five blocks) and Isabella Motti (seven kills) were keys to the comeback.

The sides traded points until Isabelle Pirone sealed the win by dumping the ball over the net into no man’s land.

Pirone (22 assists) credited Kelly for sparking the team with acrobatic digs that sent her sprawling across the court.

“There were balls that I thought were going to hit the ground, and Caroline was just under every single one of them,” Pirone said. “I think plays like that are momentum-builders, and they play such key roles in games like this where you’re going to extra points.”

Many of Kelly’s digs were so difficult because of the fierce swings by Julia Beckmann (33 kills, three aces) and Lucy Ambach (20, four) for Garden City (5-6). Beckmann was the Trojans’ go-to hitter and was integral in forcing a fifth set. Manhasset’s big hitter, Samantha Anderson, came up clutch, too. Her kill started a streak of three straight points after Garden City had match point at 25-24.

“I think it was mostly energy and confidence,” said Anderson (12 kills, 17 digs). “When we start to lose, we get down . . . The second we build our energy back up, it really ignites us.”

This season, big wins haven’t been as hard to come by.