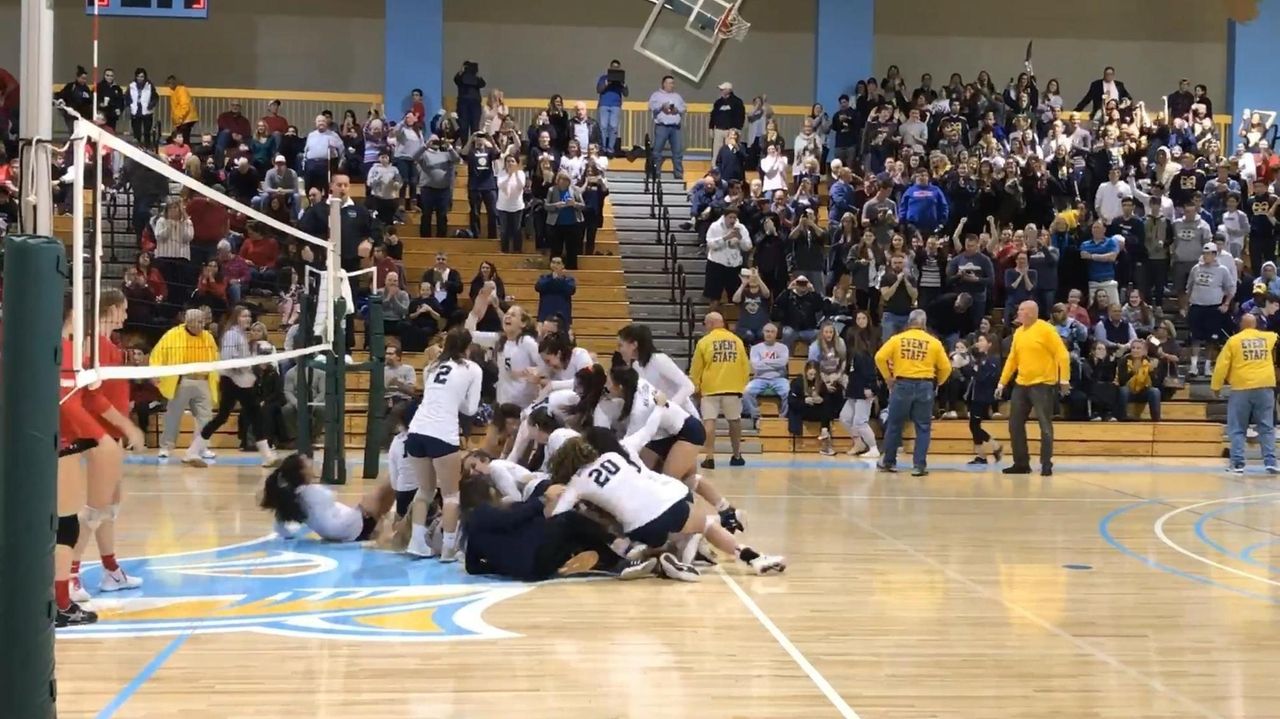 Highlights of No. 1 Massapequa's 3-0 victory over No. 2 Syosset in the Nassau Class AA girls volleyball final on Tuesday, Nov. 12, 2019 at LIU in Brookville.  Credit: Newsday / Michael Ruiz

Against competition throughout the county, Massapequa’s 2019 season was about as perfect as one could imagine.

The top-seeded Chiefs demonstrated their profound efficiency once again on Tuesday night, completing an undefeated season against Nassau opponents by earning the Nassau Class AA title with a 25-16, 25-23, 25-16 victory over No. 2 Syosset at LIU Post.

“We worked so hard,” said Gabriella Heimbauer, who propelled the Chiefs with 15 kills, eight digs four aces. “The whole team just came together as one and we did what we had to do and that was win the county final.”

Further exemplifying its dominant campaign, Massapequa has also won all 17 of its matches without dropping a single one of its 51 sets played in the process.

“It wasn’t perfect,” Heimbauer said. “Everyone would’ve loved for it to be perfect. We had some ups and some downs, but when in crunch time we came together as one and we always came out on top.”

Massapequa will face Connetquot in the Long Island Class AA championship at 10 a.m. on Saturday at Hauppauge.

Four consecutive points in the final set gave Massapequa a 17-9 advantage, and the Chiefs cruised from there to a 25-16 championship-clincher.

Heimbauer’s sister, Alessandra, also played a key role with 13 kills, six digs and three aces. She said sharing this moment with her sister carried even greater meaning after Gabriella tore her ACL two seasons ago.

“I absolutely love it,” Alessandra Heimbauer said. “Especially after her injury. I love playing with my sister. Just that fire that she brings makes this team spark.”

Trailing 22-19 in the second set with the Syosset crowd in a frenzy, Massapequa surged toward a 25-23 victory to take a commanding 2-0 lead. Gabriella Heimbauer came through in the crucial moments for the Chiefs, powering two kills over the net to seal the set.

Massapequa got off to a quick 8-3 start in the opening set and eventually extended the advantage to 19-3. Gabriella Heimbauer closed out the set, 25-18, with a kill to the left side.

As she reflected on the season, Massapequa coach Amanda Ostapow said winning 51 straight sets was never an expectation. But after seeing her team’s talent throughout the season, she isn’t exactly surprised at the outcome.

“They were extremely focused,” Ostapow said of her players. “They have been so excited about this season since Day One. Could I have ever imagined that we wouldn’t have dropped a set? No. Now seeing them and looking back, I couldn’t imagine it any other way.”